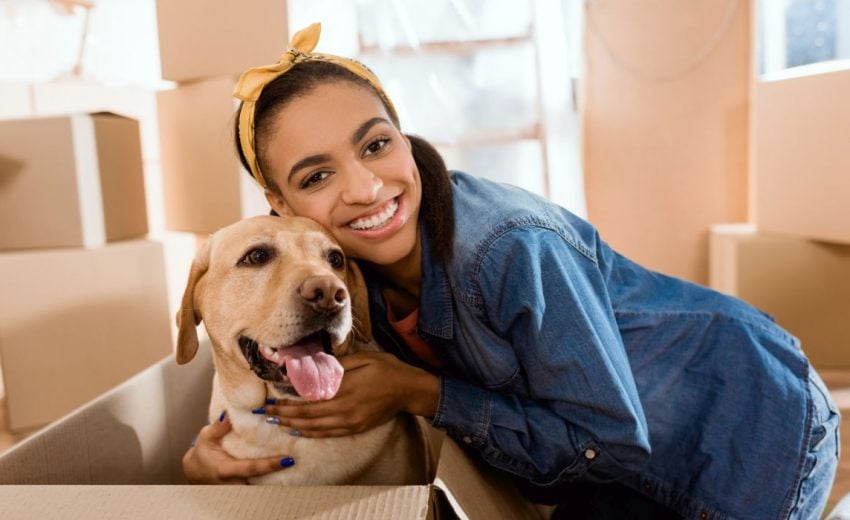 Most pup parents have a special story about how their dog got their name, and with good reason — it’s one of the biggest moments in you and your doggo’s relationship!

While it’s fun, the naming process can be an adventure of trial and error, and it’s important to remember that your dog’s name can have ramifications.

We’ll explain how and provide some name-picking pointers below.

How to Pick Your Dog’s Name: Key Takeaways

Why Does Your Dog’s Name Matter?

Obviously, you can name your dog whatever you want, but some names work better than others.

Think about your own name for a second. Imagine if it was something different, like “Hello.” Sure, it’d be cool for a while, but it might get a little confusing trying to figure out if someone’s merely greeting you or if they’re calling you over.

The same principle applies for your pup: His name should be instantly recognizable to him to avoid confusion with commands or common words.

Names also carry weight, whether we like it or not, so you’ll want to consider the feelings they’ll invoke in other people.

Certain words you may use as a name are loaded with emotion. Like, for example, “Joy.” You’d imagine that Joy the dog is a friendly little guy. Conversely, a name like “Devil,” would likely evoke thoughts of a pup with an attitude problem.

Choosing the wrong mutt moniker can impact everything from training to making vet appointments. On the flip side, the right name can be memorable, like the famous fur kids Lassie or Shiloh.

Do Dogs Understand Their Names?

It’s not clear whether or not dogs have a true sense of “self,” or if they understand that their name is associated with their identity.

It’s possible that they do, but dogs don’t pass the “mirror test” — a common experiment conducted by behaviorists to peer into the inner workings of an animal’s mind.

In a nutshell, the mirror test involves putting an ink smudge on the face of a participant, and then seeing if the animal touches the mark when looking in a mirror. An animal that does touch the ink splotch is thought to understand that the image he is seeing in the reflection is him.

In other words, passing the mirror test means that the animal recognizes himself and, therefore, has a sense of “self.”

Only a handful of animal species pass the mirror test. By and large, it’s the ones you’d expect: chimpanzees, orangutans, and dolphins usually do, and gorillas and elephants do in some cases, but not others.

As mentioned, dogs fail the test. Fido won’t understand that the mark on the face of the doggo in the reflection is actually on his head.

However, some researchers feel that the mirror test is unfair to animals who primarily learn about the world via their sense of smell, rather than visually.

But regardless of whether dogs have a sense of self, they learn to associate words with objects or actions through repetition and training. This includes things like sitting when you say “Sit” or recognizing that “Walk” means he’s going to strut his stuff around the block.

The same thing occurs with your dog’s name.

Ultimately, your dog may not realize that he is Kevin, but he knows that when you say “Kevin,” it means that you want him for something (and it’ll usually be something involving scritches, playtime, or something tasty).

This is why you’re encouraged to repeat your puppy’s name often to get him acclimated quickly.

Name-Picking Pointers for Your Pooch: The Dos and Don’ts of Doggo Name Selection

Hitting a home run in the naming department doesn’t have to be a chore.

Picking your pup’s name should be fun, and finding the right one is easier when you stick to a few guidelines:

While naming is usually lighthearted and fun, there are also some naming no-nos that you should keep an eye out for, including:

I’ve always thought giving dogs human names is a bit weird. It can be quite off-putting to meet a dog with your very own name! However, I find that last names can work great as dog names. For example, my dog’s last name is “Finnegan,” which I’d consider a great dog name! – Meg Marrs

While most of the dog-naming advice discussed above enjoys broad support from trainers, behaviorists, and cynologists, there are a few things about which dog experts disagree.

One example is names that begin with a sibilant (the hissing sound made when pronouncing words like genre, ship, or zip).

Some authorities feel that dog names should start with a sibilant sound, whereas others suspect that these types of sounds are more difficult for dogs to understand.

As with any other aspect of dog care in which experts disagree, you’ll simply have to consider the issue and make the best decision you can.

With so many dog names to choose from, it can get overwhelming. You might still have some questions, but we’re here for you:

Certain sounds can catch a dog’s attention more easily, such as hard consonants or vowel endings. If you browse the AKC’s list of the most popular dog names, you’ll spot these left and right.

What is the best dog name?

This is totally subjective. When it comes down to it, the best dog name is the one that makes you and your dog happy. As long as he responds, you’re good to go, whether he’s Larry or Lunchbox.

If you’re stumped, look at your dog’s appearance for inspiration. Maybe he’s fluffy, chunky, or a big dog worthy of a big dog name.

How can I teach my dog his name?

Repetition is key, and it’s dog training that should involve the entire family. Always use the name in a friendly tone and start by associating the name with treats when your pup comes home. Wait until he’s not paying attention and call him over using the name only. When he comes, he gets a treat.

Build on this, giving him affection whenever his name is used, and he responds. Do not pair the name with corrections, however, such as “Spot, no!” This is counterproductive.

We’re all guilty of giving our dogs nicknames, but luckily, it isn’t totally harmful. Like his name, a frequently used nickname will eventually be associated with positive attention by your dog and he’ll respond to it.

When your dog is first learning his name, however, skip nicknames. You want him to respond to your chosen name first. Throwing too much at him at once can be overwhelming.

Should dog names end in a Y?

Some trainers recommend this, as the sound is inherently high-pitched and pleasant, like you’re praising the pup. This can be vital in setting up solid name recognition.

Can you ever change your dog’s name?

You can, but it will lead to confusion if it’s a drastic change. Your dog associates his name with you wanting him, so changing it will take time and patience as he learns his way around his new title.

Do you have to use the name a shelter gave your dog?

No, you can change your pup’s name if you’d like. In fact, your dog’s shelter name might have been given to him by shelter staff and not be his original name.

Try to stick to something that sounds similar to the name he responds to, like Cocoa becoming Kona or Max switching to Jax.

If he has no name, practice saying some to him and see if he responds to any. From there, you can experiment with similar-sounding ones for a solid fit.

What’s your doggo’s name? Have you ever had any dog name regrets? Did you switch things up or make it work? Share with us in the comments! 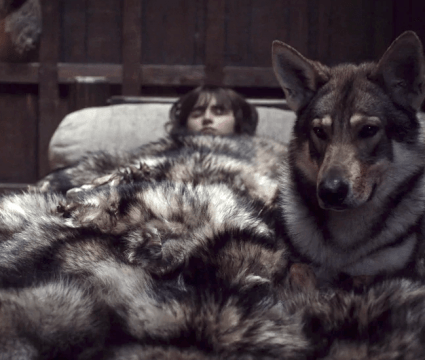