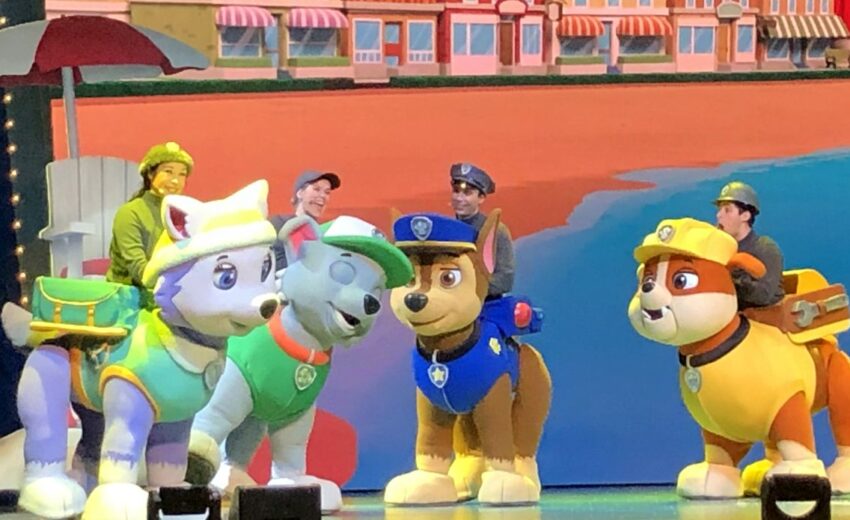 Are you or your child a fan of the PAW Patrol TV show? Need a refresher on those adorable dog’s names? No worries, we have you covered!

What Is PAW Patrol?

PAW Patrol is a Nickelodeon TV Show hosted on Nick Jr. that follows Ryder and his crew of search and rescue dogs. The crew works together to protect their homeland, Adventure Bay, as well as the surrounding areas.

The pups all have their own skillsets and live in doghouses that convert to Pupmobiles for their various missions. Each crew member uses pup packs filled with specialized supplies to help them get their jobs done.

The PAW Patrol crew lives by the saying, “No job is too big; no pup is too small”.

Rubble is an English bulldog puppy who handles construction-related work. He drives a bulldozer-style truck that has several kinds of drills. He’s also the youngest member of the PAW Patrol. Rubble is voiced by Devan Cohen.

Marshall is a Dalmatian puppy who is the crew’s fire pup. He puts out fires, rescues those stranded in high places, and also doubles as a medic in Adventure Bay. Marshall is voiced by Gage Munroe and Drew Davis.

Chase is a German shepherd puppy who is a police and traffic cop dog. He keeps things in order, directs traffic, and also doubles as a tracker when needed. Chase is voiced by Max Calinescu and Tristan Samuel.

Zuma is an chocolate Labrador puppy who handles aquatic-related issues using his speedboat-shaped hovercraft. This aquatic rescue pup also has a slight speech impediment. Zuma is voiced by Alex Thorne and Carter Thorne.

Rocky is a mixed breed puppy who is all about recycling! Fittingly, he wears a green get up, and he often uses recycled objects to fix broken things in the PAW Patrol series. Rocky is voiced by Stuart Ralston and Samuel Faraci.

Skye is a Cockapoo (cocker spaniel x poodle), who is the first female puppy on the show! She handles aerial support, keeping an eye on things from the skies with her helicopter. Skye is voiced by Kallan Holley in PAW Patrol.

Everest is a husky and is the gang’s snowy mountain female puppy (hence her mountain-inspired name). She’s a pro at clearing snow from blocked roads and lives on a ski resort. Everest is voiced by Berkley Silverman.

Tracker is a brown-and-white Chihuahua puppy who is the team’s jungle, exploring, and wildlife pup. He drives a jeep and has super hearing. This jungle pup is voiced by David Lopez.

Rex is a Bernese Mountain dog, who uses a walker to carry his hind legs. He is an expert on Dinosaurs and is keen to share his knowledge with the other pups. Rex is voiced by Luxton Handspiker.

These PAW Patrol characters may take a backseat to the main crew, but they’re just as important! From Farmer Yumi to Mr. Porter, they all play important roles on the show!

Consider naming your dog after this complete list of PAW Patrol characters:

Have some more questions about PAW Patrol? Still looking for more dog-name inspiration from the cartoon? We answer some of the most common questions about the show below!

What is the PAW Patrol theme song (and what are the lyrics)?

What dog breeds are on PAW Patrol?

Does PAW Patrol have a fandom?

It sure does! You can connect with other PAW Patrol fans here.

When did PAW Patrol start and end?

These cartoon canines aren’t in PAW Patrol, but they still make perfect inspiration for your fur ball! Consider these cartoon dog names:

How To Pick Your Dog’s Name

Are you still having trouble picking out the right name for your pooch? Employ the tips below to help land on the right moniker for your mutt:

Looking for more dog names? See our posts on:

All character images taken from the PAW Patrol Wiki. 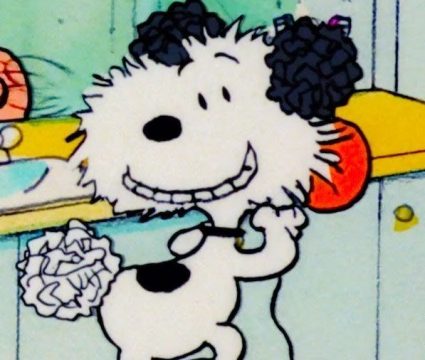 Hi, Paula.
We can’t find a set that comes with *all* of the characters, but this one comes with six.
Best of luck!

My 3-year old daughter Nevaeh loves Paw Patrol. I have to record the episodes on the Tivo so she can rewatch them along with any related videos.