Documentaries often fail to generate anything more than lukewarm interest among the masses — likely because many educationally-oriented filmmakers appear to choose subject matters that are only slightly more interesting than watching paint dry.

But documentaries about, you know, interesting things are a different matter. When the topic is truly compelling, these types of films not only inform; they inspire as well. They help provide the viewer with unique insights and important knowledge.

And if you are reading these words, I’m going to venture a guess that you find dogs (and therefore, documentaries about them) to be extremely compelling.

Today we’ll be sharing the very best of dog docs. Grab your pooch and get ready for movie night!

Qualities of a Great Documentary

While you can rest assured that the five dog documentaries we’ve detailed below make great viewing, there are a million other doggie docs out there, waiting to be enjoyed.

However, you don’t want to take a chance on watching a boring, amateurish flick – you want to make sure the movie is worth your time and popcorn.

Keep the following tips in mind, when looking for a good example of canine cinema:

If you’re ready to curl up with your pooch and a bucket of snacks (be sure to bring a few snacks for your dog too – don’t be rude), any of these doggie documentaries will surely entertain and inform. 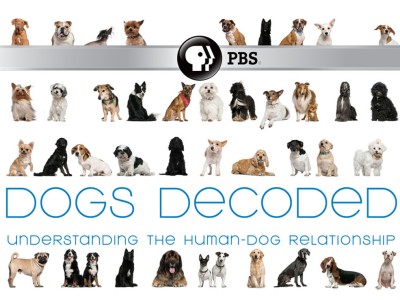 “Dogs Decoded” is not a stand-alone documentary per se; rather it is an episode of the incomparable series NOVA. But technicalities aside, it is one of the best ranked films on our list.

Dogs Decoded explores the intimate relationship between domestic dogs and their people, by sharing several different research projects and exploring the implications of the researchers’ findings. Topics covered in the documentary include the domestication of the wolf and the manner in which humans and dogs communicate with each other, among other things.

You can watch at least one or two episodes of Dogs Decoded for free online, from channels like YouTube (on awkwardly shrunken dimensions) or Vimeo, but it is also available on Amazon, if you’d rather have your very own copy.

Scientifically curious dog lovers, who won’t mind that the time-limited format precludes the producers from covering every topic exhaustively. 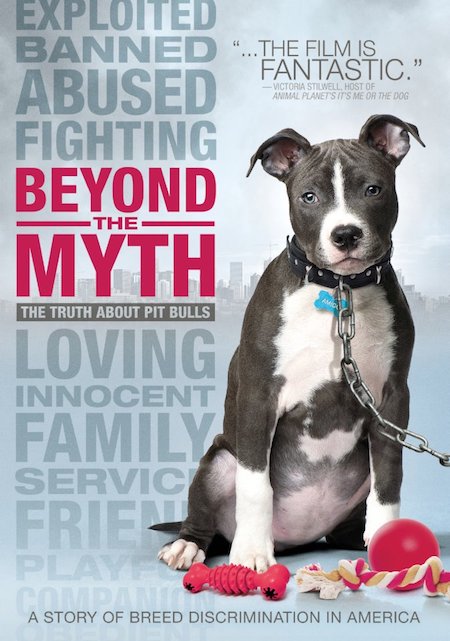 The highest-rated film on our list, “Beyond the Myth” tackles the issue of pit-bull prejudice, and the challenges pit owners must often overcome. Directed by Libby Sherrill and produced by Cover Y’all Productions, the film is guaranteed to change the ways you think about these much-maligned pups.

Pitt-bulls have a troubling breed history, but the myths regarding their temperaments and pet-suitability bear little resemblance to the truth. “Beyond the Myth” seeks to set the record straight and cast this affectionate and lovable breed in the proper light.

The film takes the time to examine how breed-specific legislation in San Francisco, Miami, Denver and Cincinnati has affected the lives of pit bulls and those who love them, as well as the greater effects on the cities themselves.

You can watch “Beyond the Myth” in its entirety for free on YouTube, or you can also watch it for free on Amazon if you’re an Amazon Prime member. If you want to own it yourself, it’s available for purchase online as well!

I’ll be honest, much of the subject matter in this film had me fuming with rage, as one ignoramus after another spewed nonsense about these amazing dogs; so, emotional viewers beware. But, it was also quite heartening to see all of the educated, dedicated and wonderful people working on behalf of the breed and the people who love them.

It should be mandatory viewing for any lawmakers considering breed-specific legislation. 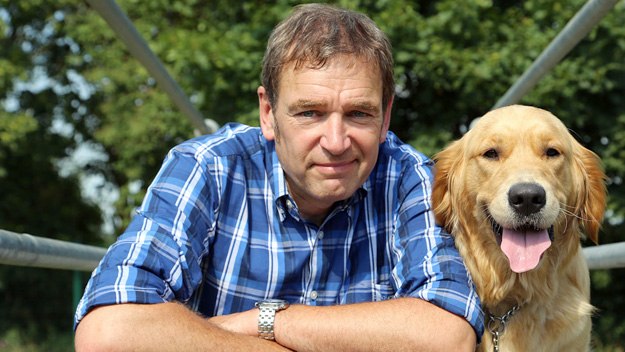 Dogs: Their Secret Lives began as a stand-alone documentary about the crazy things our pooches do while we aren’t home. However, the show received such a positive response that several follow-up episodes were filmed, giving viewers the chance to watch hours of dog antics.

Although subsequent episodes of Dogs: Their Secret Lives cover a wide variety of topics, including obesity and other common health concerns, the original documentary focused primarily on the activities our dogs engage in when we leave them alone. The producers met with several different families and set up cameras throughout their homes, to monitor the dogs’ behavior.

The show weaves plenty of interesting science throughout the script, including the use of thermal vision cameras (did you know your dog’s left ear may warm up when he is upset?) and vision-tracking headgear, as well as blood tests that sought to distinguish between the stress hormone levels of dogs with separation anxiety and those without.

You can watch the original documentary for free on Dailymotion, which is nice, because we weren’t able to find it for sale anywhere (please let us know if you find a place to purchase the documentary in the comments below).

Science-minded dog lovers are sure to love this documentary, which explores both the emotional side of dog ownership and the ways we can use science to help give them the best lives possible. Be warned though: Some of the imagery is pretty heart-breaking, and plenty of dog-owner tears are shed on camera.

Directed by Pierre de Lespinois and distributed by National Geographic Channel, “And Man Created Dog” takes viewers on a journey through the history of dogs and their domestication.

“And Man Created Dog” focuses on the important role humans and dogs have played in each other’s evolutionary histories.

The film captures the symbiotic nature of the relationship we share with our four-footed friends, and emphasizes the fact that we’ve both needed each other throughout the ages. As best put by the scriptwriters, “We humans, have become their ecological niche.”

Among other things, “And Man Created Dog” explores the genetic ties between all modern dogs, which hints at their common ancestry, and the ways in which humans have created the diversity of breeds we have. Starting with the lives of wolves, the documentary traces their path from scrap-stealing interlopers to oxytocin-eliciting companions, who would hunt alongside us and protect us from danger for thousands of years.

You can watch “And Man Created Dog” for free (and with low resolution) on YouTube. There’s also a higher-quality version on YouTube that’s shorter, but it also seems to be a different format and story structure.

Alternatively, you can purchase the DVD on Amazon.

Although the film shares a number of interesting stories that will appeal to any dog-lover, it doesn’t include a lot of hard-science or cutting-edge research, so the nerdier canine fans among us (and I count myself among those) may not find a lot of new information here. But still – it’s over 2 hours’ worth of dogs being dogs, what else do you need? 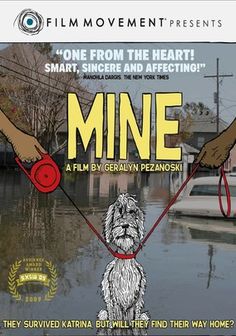 “MINE” is a moving documentary that tells the tale of the displaced pets – and the people who helped them – who were left behind in the wake of Hurricane Katrina.

While the subject matter is admittedly dark, the documentary manages to share the story in a compelling manner, that leaves the viewer full of emotion, and feeling closer to his or her own dog. “MINE” was also the winner of the South by Southwest Film Festival

Hurricane Katrina was a catastrophic event, that displaced thousands of residents of Louisiana and Mississippi. And unfortunately, many of these people were unable to take their pets with them as they fled the encroaching floodwaters. These poor animals were often left behind to fend for themselves, until animal welfare professionals arrived to care for these animals.

But soon after the waters receded, and formerly displaced residents started returning, many sought to be reunited with their former pets. As you can imagine, many of the neglected animals had already been placed in new homes, which led to one heart-wrenching custody battle after another.

You can watch “MINE” for free at TubiTV, or you can purchase your own copy online, from the filmmaker’s website.

Pet lovers who have yet to consider their plan in the case of a natural disaster or some other catastrophe. You are guaranteed to develop a plan before the movie even concludes.

Give one (or all) of these great documentaries a look the next time you are in the mood for a great flick! They may not feature any explosions or glamorous love scenes, but they’ll help you to better understand your four-footed friend.

Personally, my favorite of the bunch is “Dogs: Their Secret Lives,” because I enjoyed the unique insights the technology used in the film afforded the viewer. But what about you? Let us know which one you liked the most, and be sure to share the names of any great doggie documentaries we missed in the comments below. 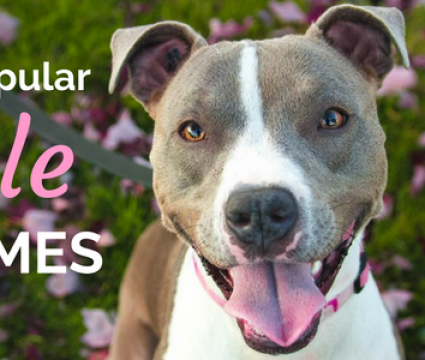