Dog Distemper: What Is It and How Is It Treated? 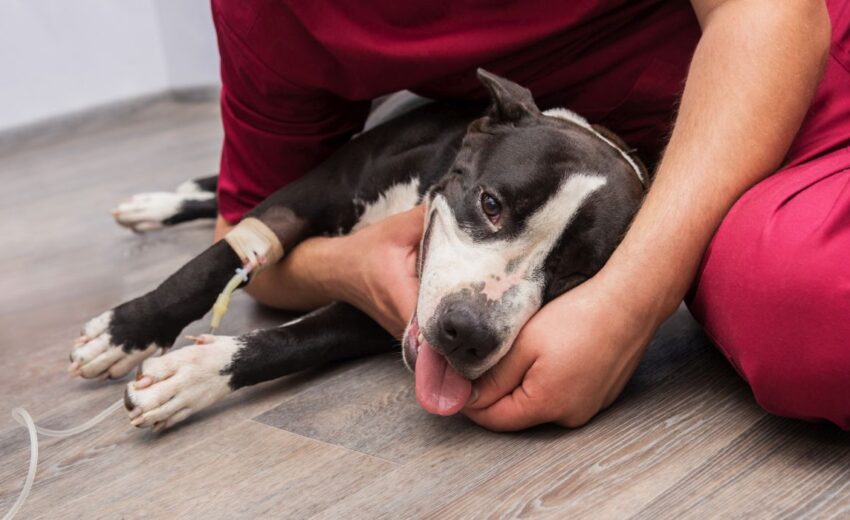 Canine distemper is a highly contagious disease that all dog owners should be aware of due to its severity. With no known cure, distemper sadly often leads to death in those infected.

While this illness is certainly one to fear, it’s thankfully preventable.

We’ll explain everything you need to know about canine distemper, including the best ways to prevent it, below.

What Is Dog Distemper and How Do Dogs Catch It?

Canine distemper (CDV) is a virus caused by the paramyxovirus. This illness spreads rapidly through a dog’s body and affects multiple organ systems, causing widespread damage and ultimately death in many cases.

Carried among canines, mustelids (weasels and their relatives), and small mammals like raccoons, dog distemper is highly contagious and spreads easily through the air and contact with blood, saliva, urine, or respiratory discharge. It can also pass between a pregnant dog and her unborn puppies.

Infected animals shed viral cells for months, making transmission possible over broad areas for a significant portion of time. The ease of contact transmission is notable, as something as simple as sharing a food bowl with an infected animal can lead to viral spread.

Dogs most at risk of contracting canine distemper are the unvaccinated, particularly those less than four months of age.

Your unvaccinated dog also has an increased likelihood of exposure if he visits areas with other potentially unvaccinated dogs, such as dog parks. Hunting dogs also see an elevated risk due to contact with wild animals.

What Are the Symptoms of Canine Distemper?

Due to the multisystem nature of canine distemper, its symptoms are widespread and often confused with other illnesses, like rabies. Clinical signs generally present within three days of infection and vary from dog to dog.

As the disease progresses, it can cause severe neurological symptoms, including:

Can Canine Distemper Be Treated?

While veterinarians can treat the symptoms of canine distemper and try to make infected dogs more comfortable through fluid administration and controlling digestive upset, there is no cure for the virus itself.

Many dogs succumb to the illness, and owners are often forced to make the difficult decision to euthanize their pet as neurological changes set in.

Dogs who recover from canine distemper are often left with life-long effects, including muscle twitching, hyperkeratosis of the nose and foot pads, underdeveloped tooth enamel, poor coordination, and seizures. Infected dogs will also need to spend an extended period isolated from other dogs to prevent spreading the infection.

How Can You Prevent Your Dog from Contracting Canine Distemper?

Canine distemper can be prevented with the distemper vaccine, administered first in a series of puppy shots your dog should receive during puppyhood.

Additionally, every one to two years, your dog will need to get a booster shot to keep his immune system primed to battle this virus. It’s critical to stick to this vaccine schedule and avoid gaps to ensure complete protection.

The distemper vaccine is generally a combination vaccine, adding inoculations for other serious dog illnesses into one shot series, sometimes labeled as DHPP or DHPPV on your records, depending on the shot.

These combination vaccines may include protection against:

These vaccines are first given in a series of three vaccines, generally at 8, 12, and 16 weeks of age. This is why isolating puppies from potentially unvaccinated dogs is so critical, as they aren’t fully protected until four months of age in most cases.

The distemper vaccine needs to be administered every year to two years, depending on the vaccine and your veterinarian’s recommendations.

In some cases, a titer can be done to check your dog’s blood for antibodies in lieu of a vaccine. Generally, titers are done on older dogs or those with vaccine sensitivities. This is expensive in comparison to just getting the vaccine, however.

Remember: A vaccine is a preventative. Sticking to a vaccine schedule is far less expensive (and heartbreaking) than trying to save a dog with a preventative illness, such as canine distemper.

You may be able to find low-cost pet vaccinations in your area, keeping your best friend safe for less.

In addition to vaccinating your dog against this deadly virus, follow some common-sense safety rules to prevent infection while undergoing the initial vaccine series:

Canine distemper is a formidable foe, but you can protect your pooch with a simple vaccine. Now that you know the virus’s ins and outs, you can keep your dog safe and spread the word to other pup parents. 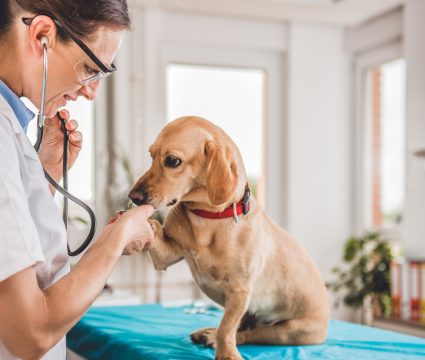 Average Cost of Vet Visit for Dog: How Much Will it Cost?