Turmeric for Dogs: Can Turmeric Treat My Dog’s Illness? 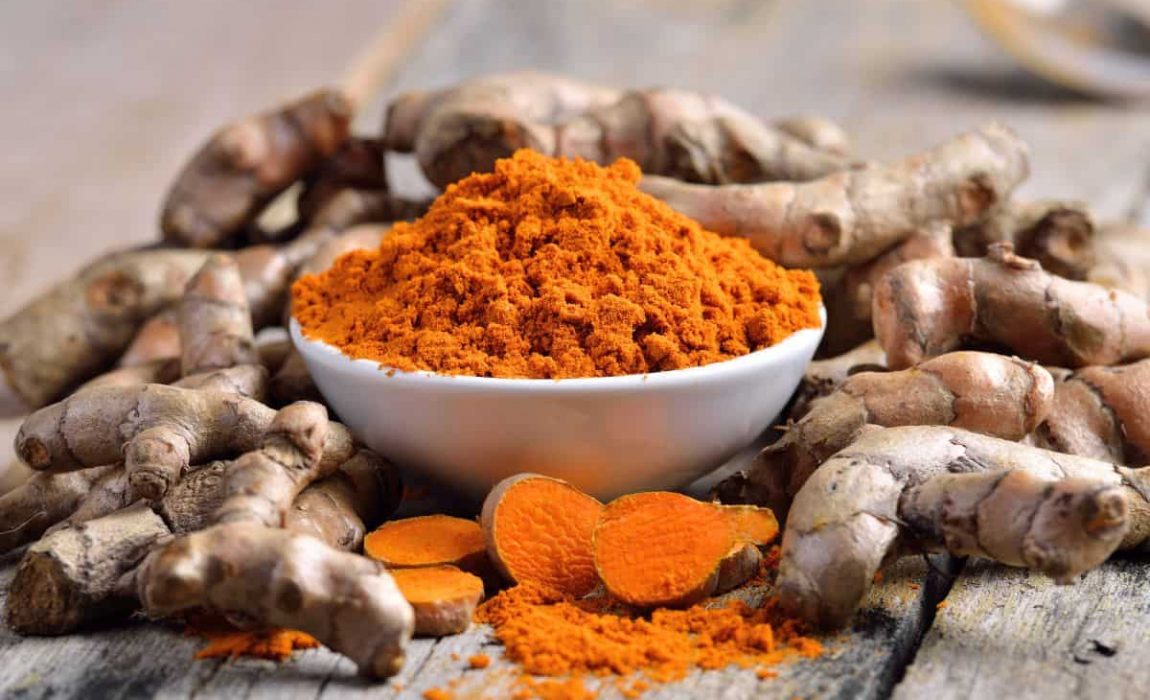 A growing number of dog owners are considering using turmeric to treat their dog’s health problems.

But before you start administering a turmeric supplement to your dog, you’ll want to learn more about the substance, the diseases it purportedly treats, and what the current scientific research has found.

We’ll talk about all of these things below — let’s dig in!

Turmeric is a plant that’s a member of the Family Zingiberaceae (sometimes known as the ginger family). It is native to India and Southeast Asia, where it has been used as a flavoring agent in curries and other traditional foods for thousands of years. It has also been used as part of Ayurvedic medicinal practices.

Typically, turmeric is prepared by harvesting the plant’s rhizome (essentially an underground stem), drying it out, and then pulverizing it into a powder. The primary active ingredient in turmeric is a yellow pigment called curcumin.

What Health Problems Does Turmeric Treat?

Over the last decade or two, many alternative medicine advocates have begun claiming that turmeric can treat just about every medical condition from Alzheimer’s disease to cancer.

Some of the ailments turmeric is purported to treat or prevent include:

Most of these claims refer to human patients, but they’re also beginning to be applied to sick cats and dogs too.

What Does Science Have to Say About Turmeric?

Turmeric has been the focus of a great deal of research in the last few years.

The majority of the research does not appear to support the use of turmeric as a medication, but there are also a few studies that do demonstrate therapeutic value.

This is a phenomenon called confirmation bias, and it affects us all – even the most skeptical among us.

We’ve put together a few of the most notable studies below so you can draw your own conclusions. The title of each study is linked to the report or abstract, and the author’s primary takeaway is listed for each (any bolding is mine).

1. Randomized, Double-Blind, Placebo-Controlled Parallel Group Study of P54FP for the Treatment of Dogs with Osteoarthritis

This study sought to determine if turmeric would be a helpful treatment option for dogs suffering from osteoarthritis. Unfortunately, the results weren’t promising, and it seems unlikely that turmeric works in this scenario.

“The results from 25 P54FP-treated dogs and 29 placebo-treated dogs showed that there was no statistically significant difference between the groups in terms of the PVz of the affected limb.”

This study investigated the use of turmeric oil in treating fungal skin infections in guinea pigs. This study actually found that turmeric oil was effective for treating several different fungi. From the study:

“The results showed that all 15 isolates of dermatophytes could be inhibited by turmeric oil at dilutions of 1:40−1:320.”

It is important to note, however, that similar studies have yet to investigate the use of turmeric oil for treating fungal infections in dogs.

3. Turmeric and Curcumin as Topical Agents in Cancer Therapy

This study demonstrated that topical preparations of turmeric and curcumin were actually very effective in treating cancerous skin lesions in human patients. From the study:

“An ethanol extract of turmeric (« Curcuma longa »), as well as an ointment of curcumin (its active ingredient), were found to produce remarkable symptomatic relief in patients with external cancerous lesions.”

This is perhaps one of the most promising studies conducted to date, but it remains to be seen if it will provide similar therapeutic value for canines.

4. Efficacy of Turmeric on Blood Sugar and Polyol Pathway in Diabetic Albino Rats

This study found that turmeric was an effective treatment for diabetes in rats. From the study:

It is important to note that turmeric has not been shown to be effective for treating diabetes in dogs as of yet, so it is important to continue to treat diabetic dogs in the manner recommended by your vet.

However, turmeric may prove helpful in this application in the future.

5. Antibacterial Activity of Turmeric Oil: A Byproduct from Curcumin Manufacture

This study sought to determine if turmeric oil was effective for battling a number of common bacteria. From the study:

“These fractions were tested for antibacterial activity by pour plate method against Bacillus cereus, Bacillus coagulans, Bacillus subtilis, Staphylococcus aureus, Escherichia coli, and Pseudomonas aeruginosa. Fraction II eluted with 5% ethyl acetate in hexane was found to be most active fraction.”

While the study found that turmeric does appear to exhibit anti-bacterial properties, it is important to recognize that this was an in vitro study, which only investigated the antibacterial effects of turmeric in petri dishes.

Anytime you are considering using a new or alternative medicine, it is important to find out whether the active ingredient can even be properly absorbed and used by the body. Otherwise, you’ll just be giving your dog a supplement that he excretes when he goes to the bathroom.

Unfortunately, that appears to be the case with turmeric. From the study:

“…an increasing number of animal and clinical studies show that the concentrations of CUR in blood plasma, urine, and peripheral tissues, if at all detectable, are extremely low even after large doses.”

This is a pretty big issue, and it suggests that turmeric is probably not effective when administered orally. It does not, however, rule out the topical use of turmeric for dealing with things like bacterial or fungal infections.

7. The Essential Medicinal Chemistry of Curcumin

This study reviewed the chemical properties of curcumin and a number of previously conducted studies. Unfortunately, the authors’ conclusion throws a bucket of cold water on the notion of using curcumin as a medication. From the study:

“No double-blinded, placebo-controlled clinical trial of curcumin has been successful. This manuscript reviews the essential medicinal chemistry of curcumin and provides evidence that curcumin is an unstable, reactive, nonbioavailable compound and, therefore, a highly improbable lead.”

That’s pretty strong language. Note that we were able to find a few studies that contradicted these findings (including #2 and #5 listed above), but neither of these studies were conducted in dogs, and both of these found that turmeric oil, rather than curcumin itself, were beneficial.

Realize that a single study does not “prove” anything – science doesn’t work that way. Doctors, vets, and researchers typically only regard a given treatment as effective once many studies have yielded similar, reproducible results.

Studies contradict previous studies all the time, so you have to consider a broad swath of research before you come to a conclusion.

It’s also important to note that one of the leading researchers and proponents of the use of turmeric has recently been forced to retract several of his articles. This is important to note, as many pro-turmeric websites and resources point to his studies when promoting the use of the supplement.

Is Turmeric Safe for Dogs?

While the jury is still out regarding the efficacy of turmeric, it does appear to be safe for most dogs. It may not do anything to improve your dog’s health, but it is probably not going to cause your pup any problems (assuming you purchase it from a high-quality, US-based manufacturer).

Any study or research into the effects of a therapeutic treatment for dogs is made more challenging by the fact that we can’t simply ask animals if their pain has lessened or how they feel following treatment. The same can hold true for many other forms of alternative therapies, such as dog reiki and dog acupuncture. However, so long as your dog seems up for it and your vet gives the OK, chances are it’s safe to at least try turmeric for your pup.

Turmeric can aggravate a few medical conditions and interact with a few medications, so it is always wise to discuss the supplement with your vet before you begin giving it to your dog.

If your dog is taking anti-inflammatory medications or diabetes medications, or if he is currently undergoing a course of chemotherapy, it is extremely important to check with your vet before giving your pet turmeric. Additionally, turmeric should not be given to dogs suffering from gallbladder issues.

Turmeric Side Effects for Dogs

While turmeric is largely considered safe, it has been known to cause side effects in some dogs. Most are relatively mild, and include:

Note that most of these side effects are based on anecdotal reports, rather than rigorous scientific study. This means it isn’t clear how common they are, nor do we know which dogs are most likely to suffer from them.

What Is the Proper Turmeric Dosage for Dogs?

There is no widely accepted dosage recommendation for turmeric, primarily because there haven’t been clinical studies that confirm its efficacy.

Given this, we’d recommend that owners who decide to give their dog a turmeric supplement do three things when trying to figure out the appropriate dosage:

Ultimately, you’ll need to decide for yourself whether or not to provide your dog with a turmeric supplement. Just be sure to discuss the issue with your vet and heed the advice he or she provides.

Personally, I’d recommend that you default to established veterinary treatments when trying to help a sick pooch feel better. However, in cases where modern veterinary science fails to provide a solution, it may make sense to try alternative treatments which are largely thought to be safe, such as turmeric.

Have you ever given your dog a turmeric-based supplement? Tell us about your experiences. What did you use it to treat, and how did it work for your dog? 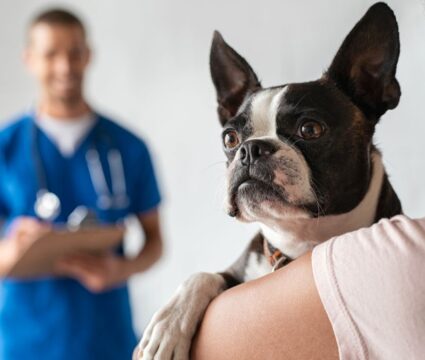 Activated Charcoal for Dogs: What Is It Used For?