No, You Can’t Pet My Dog, Please Stop Asking. 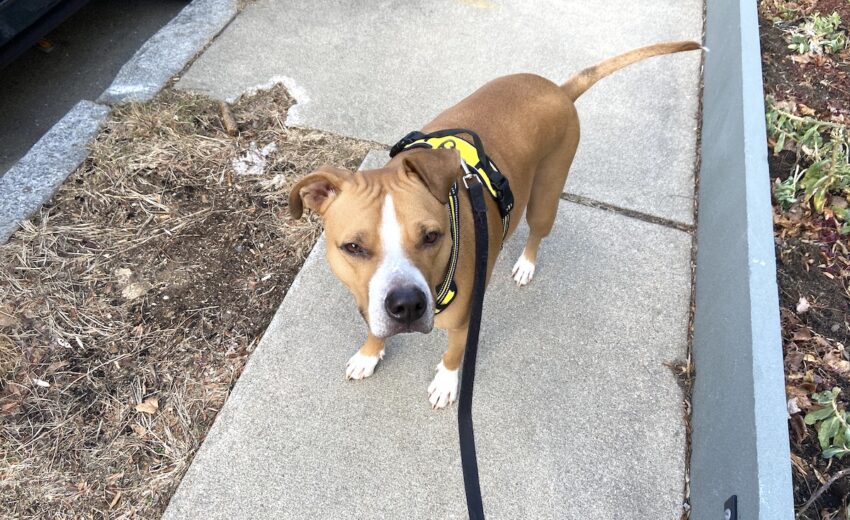 In the United States, petting dogs is one of life’s highlights for many.

While some people enjoy these encounters,  I question whether it might be time to retire this practice. Or – at the very least — we should be more thoughtful about when and where we allow this request.

In the U.S., we’ve become very accustomed to feeling entitled to access strangers’ dogs. I’ve heard countless stories of grown adults getting into screaming matches or even physical altercations when an owner tells them they can’t pet their dog!

I’ve also heard of some strangers that, when told that a dog isn’t friendly, respond with the quip “well they shouldn’t be out in public then.”

This all stems from what is a very warped idea of dogs and dog ownership in the United States.

Lately, I have begun to wonder why it’s so normal for strangers to approach and ask to pet another person’s dog. And this makes me question whether it’s time to limit this practice – or even stop it completely.

There are plenty of reasons to denormalize this practice, including obvious and not-so-obvious reasons.

Many owners don’t mind children asking to pet their dog, so long as they can take “no” for an answer.

Unfortunately, the truth is, not all kids respect that no means no.

In fact, just the other day when I was sitting down on a picnic blanket at the park with my reactive dog Remy, a little girl came over and asked to pet him.

I smiled, but gently told her no.

She proceeded to ask me again.

“What if I just pet him a little?”

The child’s mom was right beside her. The mother told the little girl “no” and tried to get her to keep walking, but when the child continued  to approach us, mom didn’t stop her.

I probably should have been firmer, but I’m uncomfortable disciplining or condemning other people’s children.

Finally, I told her “no.” He was going to get too full for dinner.

Even then, this girl really didn’t want to stop  and the mom was still not making a real effort to move her child away. So I was a little firmer and said “no, he can’t have any more treats. But you can wave goodbye to him.”

That finally got her to leave.

The encounter ended up going fine, but it could have ended very differently.

It was frustrating –  even frightening – to have both a child and parent who were not acknowledging my request to stay away from me and my dog.

And honestly, it’s made me hesitant to return to the park with my dog, which isn’t fair to me or him. Because even dogs with behavior issues deserve to spend time in our community parks.

2. It’s stressful for some owners

As the owner of a reactive dog, it’s very stressful when people approach me to ask if they can pet my dog.

Even the asking itself can be challenging with a reactive dog.

Thankfully it doesn’t happen a ton, but when a stranger approaches me and Remy to ask about petting him, I get nervous and tense.

I never know for sure how Remy will react – he may lunge at the approaching person while showing signs of excitement or even nip at their clothes if they approach too closely.

It really, really sucks to have to always be on edge while walking your dog. Walking a reactive dog can be stressful enough, but knowing that a pack of children might race up to your dog at any minute? That makes it worse.

On top of that, if you’re the owner of a particularly popular breed like a golden retriever, you may find an average walk taking much longer due to how many people want to stop and pet your dog. I’ve talked to some owners who find it quite annoying when they just want to walk their dog and get to work as soon as possible.

3. It’s already not the norm in other countries.

It’s worth noting asking to pet a stranger’s dog in Europe is already considered rude. If a dog is out with his owner in public, both are generally left alone.

I remember getting the stink eye while petting a stranger’s dog during a visit to Germany. My friend said that petting other people’s dogs is not normal in Germany and is considered very rude.

It may be time to embrace similar cultural conventions on this side of the pond.

Ultimately, the common practice of asking to pet strangers’ dogs is not safe for the children involved.

In the past few decades, our culture’s understanding of dogs and our sympathy for their behavior issues has grown dramatically. It’s much more common for owners to end up with reactive or behaviorally challenging dogs who might have been euthanized in the past.

Our parks and city streets have dramatically riskier dogs than they did 10 years ago. The risk of approaching strange dogs just isn’t worth it.

To make the situation more tenuous, it’s important to note that there are likely more first-time owners than ever before. While this is great for the four-footers and their families, it presents a problem: Novice owners often fail to recognize their dogs’ sensitivities and triggers.

And for that matter, even experienced owners often incorrectly judge their pets. They often assume that their dogs will interact with strangers and children in the same manner that they interact with familiar faces at home, and this is not always the case.

6. The owner might consent to an interaction, but does the dog?

In this whole conversation it’s also easy to overlook that in asking a stranger if you can pet their dog, even with a “yes, go ahead” answer, it is only the owner who is consenting – not the dog.

Many people don’t realize that many (heck, maybe even most) dogs do not enjoy being petted by strangers. They may tolerate it, but they aren’t thrilled about it.

And sadly, most humans (dog owners and non-dog owners alike) are not familiar enough with dog body language to interpret when a dog does not want to be engaged with.

Respecting a dog’s wishes is more important than allowing a stranger to get the satisfaction of petting my dog.

7. It may be a learning experience, but is it my responsibility to teach?

While I know this position will make me sound a bit crotchety, I can’t help but also question why it’s my responsibility to teach other people’s children about disappointment.

When I posed this question to dog owner Facebook groups, many members responded that they see children asking to pet their dog as a learning opportunity for the children.

The children will learn that sometimes they can pet a dog, but other times they will not be able to. It’s also a great opportunity to educate children about the fact that some dogs are fearful or uncomfortable around children, and that they should be respected.

But, on the other hand, why is it my responsibility when I’m minding my own business out in public to educate other people’s children?

It’s an emotional burden that I feel is  the parents’ responsibility – not the general public’s duty. When I’m out for a walk with my dog, I might be listening to music, meditating, or maybe I just don’t feel like chatting with strangers.

Owning a dog doesn’t obligate you to constantly educate children about animal consent.

Thankfully, there are increasingly more programs specifically designed to educate kids about safely interacting with animals. But that’s not something I’ve signed up to do!

No, I Don’t Hate Children

When I posted this query to Facebook, I was surprised how many people heartily supported a stranger’s right  to ask to pet their dogs.

Some people were quite offended at my argument against asking to pet dogs in public.

Some thought I was shirking my responsibility as a member of the community.

And some even suggested that I must dislike children.

This is far from the case – I love kids!

In fact, part of the reason why I wish people would stop asking to pet my dog is that it makes me sad to say no.

When a child asks to pet my dog and I have to say no, not only do I feel bad for disappointing them, but it also reminds me of how frustrating it is to have a “challenging dog”.

I wish I had a dog that could interact with strangers more easily, but that’s just not the case.

I will also say that this is a nuanced issue.

I’m not suggesting that you should never ask to pet someone’s pup; I am arguing that it isn’t always appropriate in every setting and every situation.

I would really love to see parents say to children “no, we can’t ask to pet that dog right now” when my dog and I are walking down a street, or waiting outside of a store, or relaxing on a park bench.

Obviously I am not suggesting that kids should never have access to dogs that aren’t their own.

Neighborhood picnics, local carnivals, or at a family member or family friends’ home is a great opportunity to ask if a dog can be engaged with.

But there is a time and a place for engaging with unfamiliar pets, and I feel we need to be more comfortable telling children that they aren’t allowed to approach a stranger and their dog to ask for an interaction in certain settings.

It’s safer for the kids, it’s kinder for the dog, and it’s simply the best overall option.

What do you think? Do you get stressed when people ask to pet your dog? Or could you care less? Let us know in the comments! 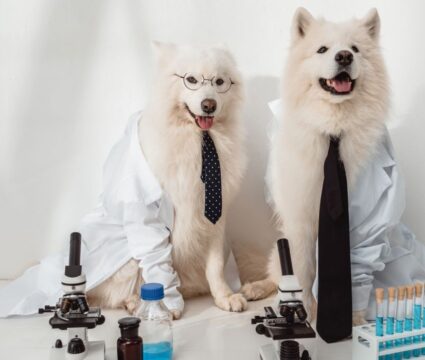