Catnip For Dogs: Does It Exist? 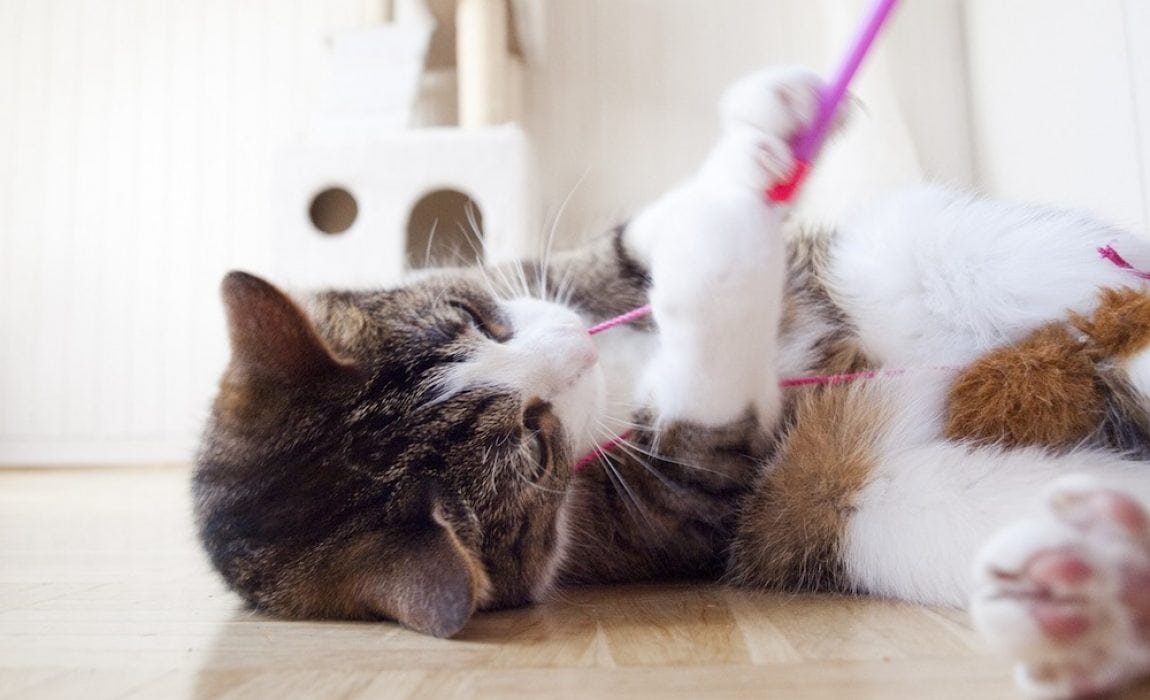 Even people who have never owned a cat are familiar with the psychedelic, tripped-out, mellow effect catnip seems to have on big cats and kittens alike.

Buying catnip can even make you feel a little bit suspect, despite it coming in a baggie from the pet store.

But just what’s the story with catnip, what effect does it have on dogs, and is there anything else that could have a catnip-like effect on your pooch? Today we’re taking a closer look…

What Exactly is Catnip and Why Do Cats Love it?

We’ve got to talk to you about catnip. No, seriously, let’s get that out of the way first.

What most of us know as catnip is also known as catwort or catmint and is, in fact, closely related to mint. The scientific name for true catnip is Nepeta cataria and you’ll find it in most pet stores, a huge amount of pet toys, and – of course – growing in gardens and pots all over the world, mostly for kitty pleasure.

There are other strains, too: Camphor, Greek, Lemon and Persian are some of them. What causes the trippy effect when cats consume catnip – excitedness, highly dilated pupils, we all know the deal – is an ingredient known as nepetalactone, which is interestingly enough also found in tartarian honeysuckle wood shavings. (The same chemical is also known for keeping mosquitoes at bay, and you can make an anti-mosquito spray from catnip at home, too.)

The Effect of Catnip on Dogs

It’s generally agreed that catnip doesn’t have the same effect on dogs at all: The effect of catnip on dogs ranges from nothing at all – due to a gene which regulates just how susceptible to catnip they are – to a mild sedative effect: Yes, that’s the exact opposite of what it does to cats.

It’s also generally agreed that catnip is completely safe to give to your dogs, and if it happens to do nothing to your pooch then at least it will keep the bugs far away from you and them!

Is There a Catnip Equivalent For Dogs?

There is in fact a catnip equivalent for dogs, and it’s called anise.

You may already know what anise is: it’s that licorice-tasting spice that most folks love or hate. It’s an ingredient in absinthe (the green fairy drink) and it comes from the carrots and parsley family, believe it or not.

It turns out that anise is the canine’s catnip. YouTube offers plenty of concrete proof: there are more than enough videos from dog users reporting that their dogs go absolutely hyper when they get their anise seed treats.

Where Can I Buy Anise For My Dog?

You can usually purchase anise from your local pet store, or you can just buy some anise seeds and mix them into your dog’s favorite home-made treat recipe and save them for special occasions (we suggest calling them Scooby Snacks )

Is Anise Safe For Dogs?

Yes, anise is generally safe for a fun afternoon with your pooch. The ASPCA points out that anise should be given to dogs in moderate quantities, as too much of the extract can lead to physical issues like stomach upsets or nervous system depression. See a searchable list of dog (and cat) toxins from the ASPCA to learn more about what you can and can’t give your pooch.

Dogs Natural Magazine points out that people should distinguish well between anise (Pimpinella anisum), fennel (Foeniculum vulgare) and licorice (Glycyrrhiza glabra) and their varying effects on dogs as each of them can be beneficial to your dog in small amounts for different conditions. Anise can help with a cough, fennel can be good for arthritis, and licorice is said to ease Addison’s disease.

It’s also worth noting – anise is not the same thing as Illicium verum, more commonly known as star anise.

We found a great recipe for Aniseed dog treats from Wag the Dog. The ingredients are simple enough and you can add or subtract depending on what you have around and your dog’s individual needs.

Instructions: Preheat your oven (to 180 degrees Celsius or 350 degrees Farenheit according to their recipe), mix the ingredients together and stick it in the oven – on a wax paper-lined baking tray is likely best – until golden.

Have you mixed aniseed into your dog’s favorite treats and been there to film the result? Does your dog go nuts for anything else that you could share with the rest of us? Let us know in the comments! 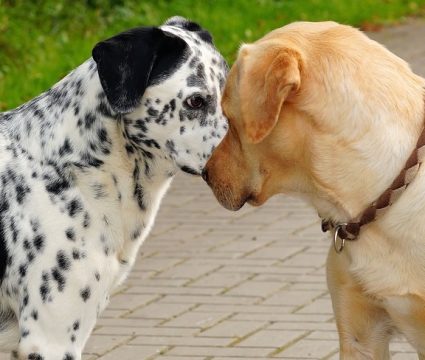 Can Dogs Be Gay? Well, Yes and No…

If you look at the comments from the makers of the above YouTube video, they clearly state that they used coconut-scented spray.

Hey, Brian. You’re right — not sure why the mix up happened, but I’ve removed the video until we can find a better one to replace it.
As a matter of fact, we’re currently working on updating this entire article anyway, so stay tuned (and thanks for pointing out the error)!

That youtube video you left on there… My dog reacts the exact same way except she does it to catnip spray! She also eats the cats catnip if I am not careful and leave it out… I am just now starting to do any research and had never heard of anise. Thanks for posting the video. Maybe I should post a youtube vid of my own except telling the breed and showing it is just catnip!

On or walk to the dog park we walk through a field with green grass type plants and lots of dried grass or plant. Every time my dog sort of goes besets, racingaround and rolling on the ground. Once through the field he returns to normal. Is it this grass like stuff and what could it be?

I enjoyed the article up until you posted this insane recipe. I’m just going to leave this here : http://www.petpoisoncontrol.com/portfolio/baking-soda/

This also goes for baking powder. If you do more research you will read some dogs are more sensitive to bs or bp than others. Some owners have stated that their dogs have ingested less than a tsp and immediately started acting “funny” or began to vomit. Would try adding the anise to maybe a no cook peanut butter, oatmeal, and chickpea flour treat. All very healthy ingredients!

Except in that video they sprayed coconut scented body spray…

Sorry about that – how did you manage to catch that? I can’t see what they spray, but regardless the reaction to anise is very similar!

If you go to the video, it says that right there. It says ‘Tippy has a thing about strong odors… Here, my husband has sprayed some coconut scented body spray”. This article is just horrible and I won’t be reading anything Alex writes again.

It sounds great! Thank you for sharing about this dog nip! Gonna make that treat for my dog!

Let us know how your dog likes it!

Looks to me more like the dog is trying to roll in the seeds, because “it will keep the bugs far away from you and them!” Does it work for mozzies?? I might roll in the seeds myself, if it does 🙂