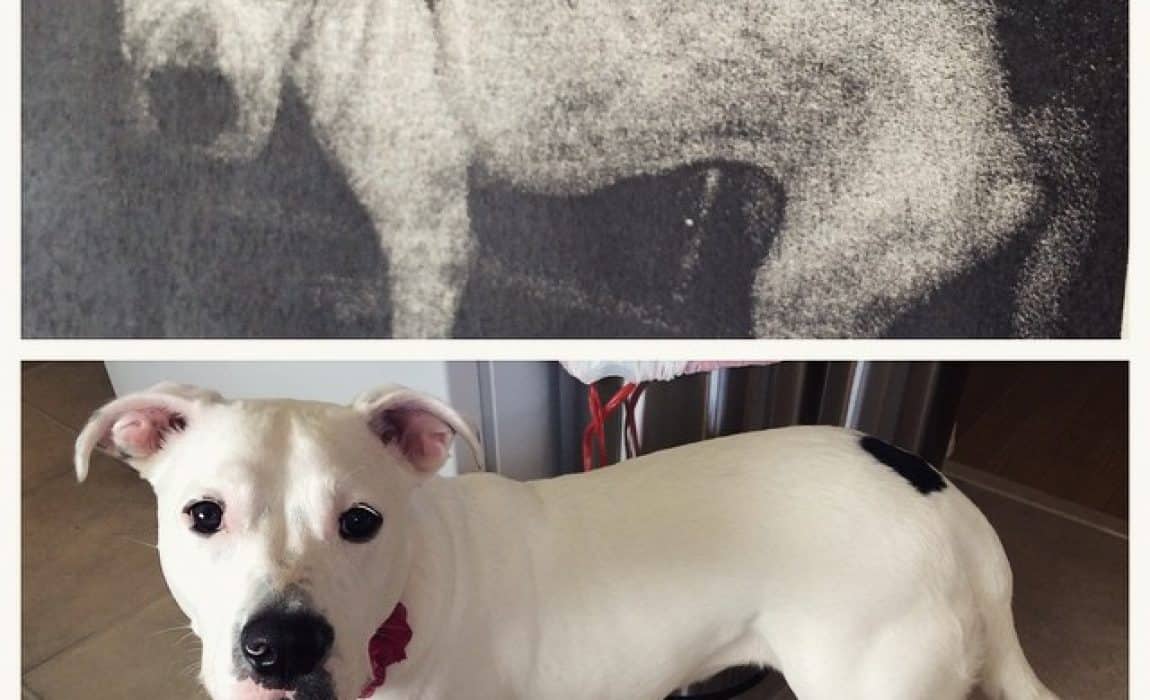 These dogs had their lives forever changed thanks to the loving humans who took them in when they needed a home. Hear their stories and see their incredible transformations!

Before and After Dog Adoption Photos

Chance moved from the streets of Kathmandu, Nepal to a loving forever home in West Virginia. Chance was treated at Street Dog Care animal sanctuary before being adopted in the US. 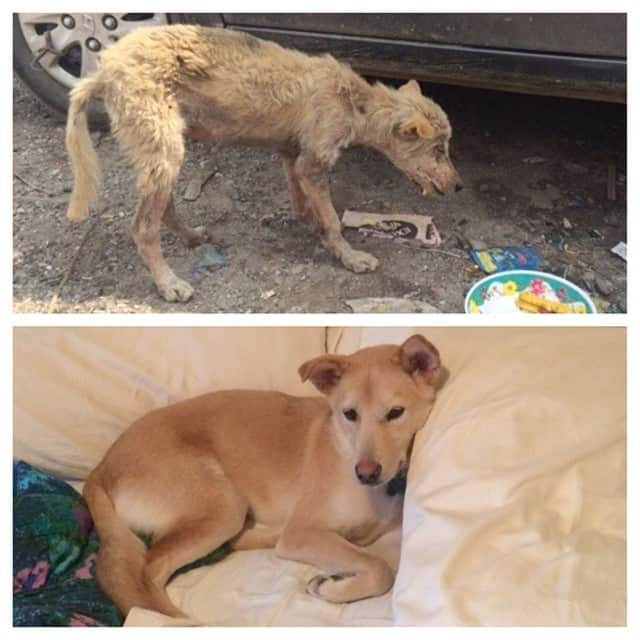 Maeby’s transformation from 4 months and 30lbs to 9 months and 60lbs is remarkable! She was adopted by a behavioral intern at a humane society. 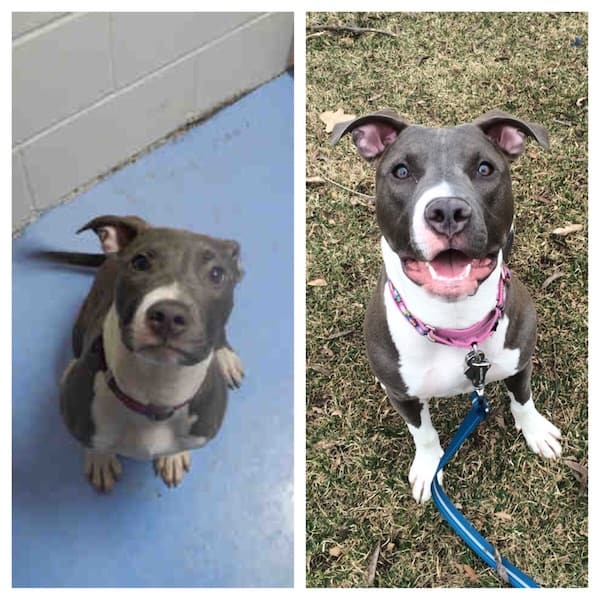 This poor guy had to be rehabilitated for 9 months before he could be adopted, but he ended up in a great forever home, and his happiness is obvious! 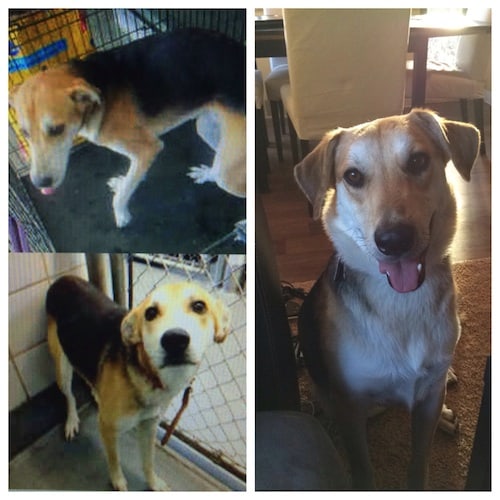 Molly was just one day away from being euthanized, but her destined-to-be owner stepped in and saved the day. Molly was found roaming in a canyon, believed to have been abandoned there. She was found with mange, two ear infections, worms, and an upper respiratory infection. Molly’s owner notes that she is the most loving companion and friend a human could ask for.

Today, Molly helps other pets improve their chances of being adopted by being a foster friend as her owner fosters other animals.

This poor girl went through a dramatic transformation – from the initial photo taken of her by animal control on the day she was picked up, to months later in a loving home.

When she was first found, she was anemic from fleas and had patches of fur missing from her body. Now she’s gorgeous and happy as can be! 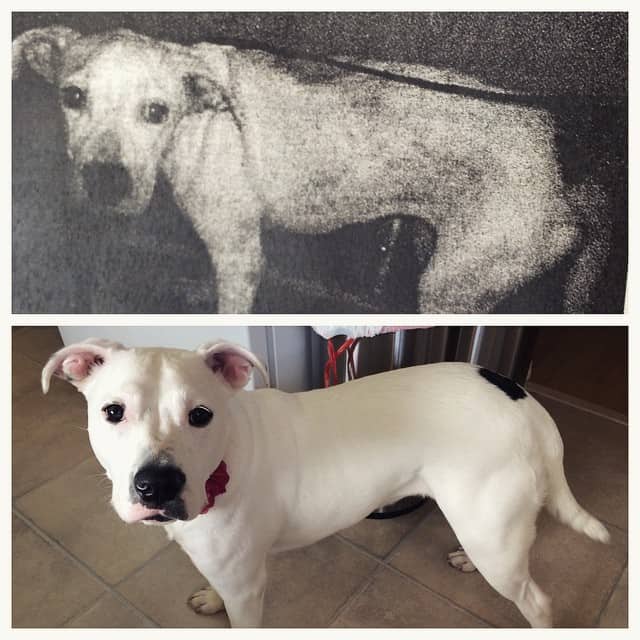 Pit mix Ivy went from scared and skinny to sweet and healthy. Owner Jannina notes that after adopting her first pit bull mix, Sookie, she wasn’t in the market for another dog. However, when she meet Ivy, she just couldn’t turn her away.

Ivy was severely underweight and had a nasty wound on her neck, likely from an embedded collar. When owner Jannina first met Ivy, the dog laid its head at Jannina’s feet, and Jannina knew she couldn’t leave the shelter without Ivy. 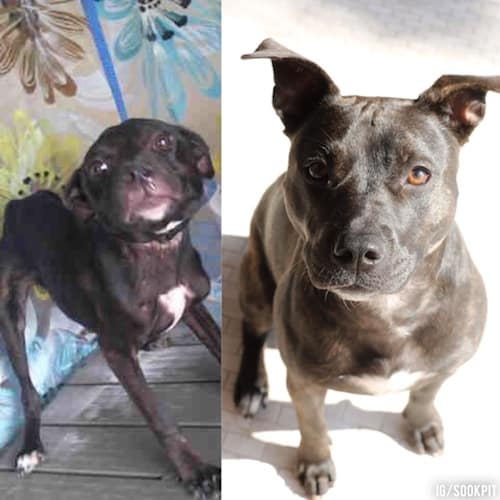 Today Jannina, along with Sookie and Ivy, work to correct misconceptions about pitbulls through adorable antics, photos, and videos, like their popular Jurassic Park reenactment. 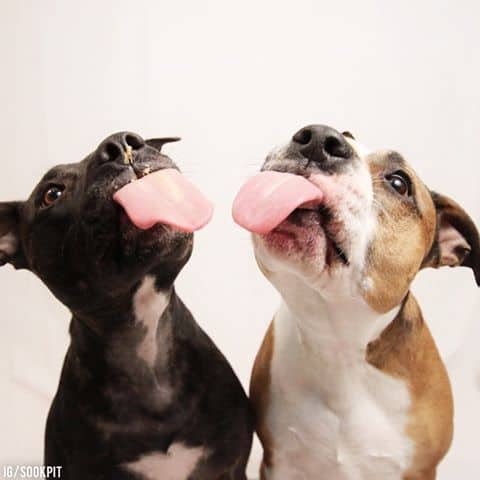 Check out Atlas – hard to believe that this mighty dog was once so scrawny. It’s amazing what love can do!

Penny used to be sad quite often, but not now! Today sweet Penny is happy in her forever home in South Carolina. Penny started off at just 42lbs, but now maintains a healthy 65lbs and feels much better! 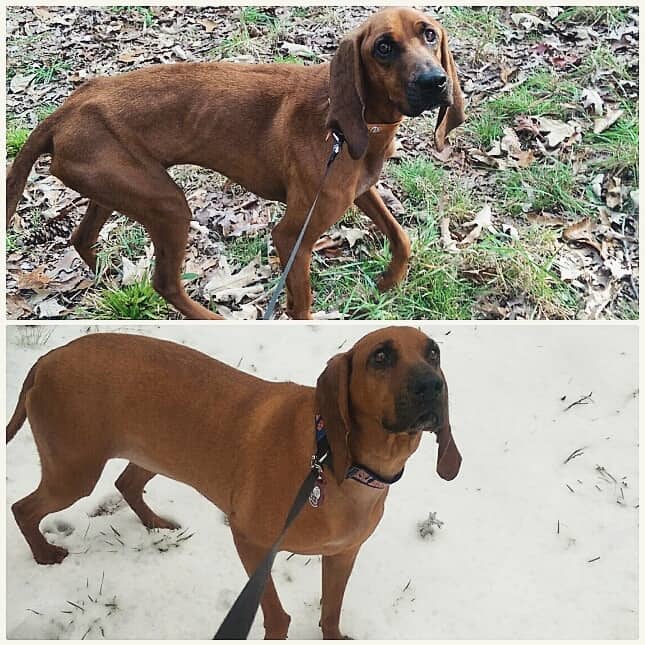 Over 3 months, Coconut has gone from death’s doorstep to sunshine canine. 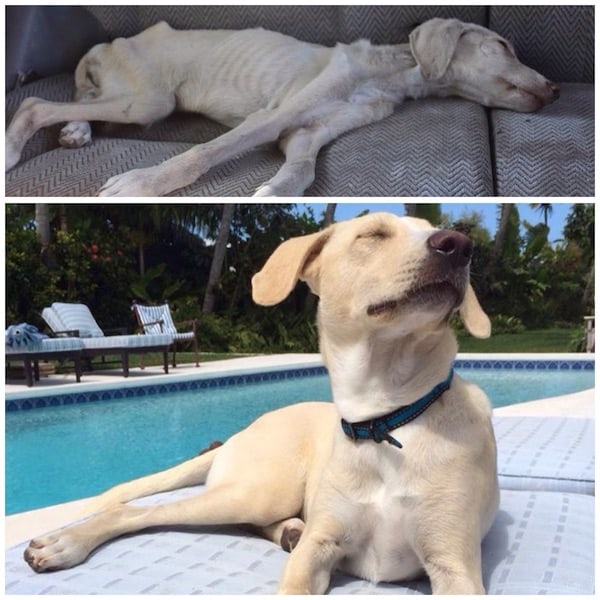 Gia was found in a fast food parking lot 1.5 years ago. You’d never know it today! 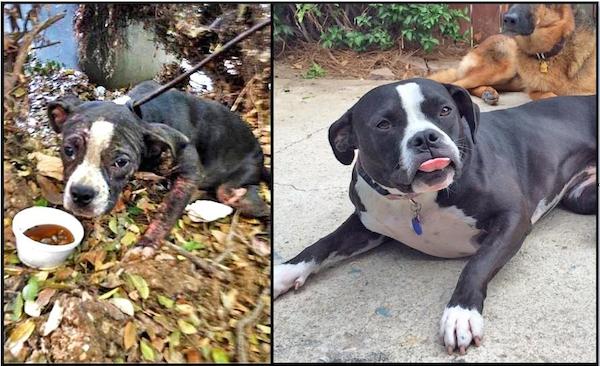 Ari the boxer was a stray in Texas, and was almost euthanized before being rescued. He had terrible mange, pyoderma, and the tips of his ears were beginning to slough off. He was treated for 5 months before being taken home by a loving rescue worker. 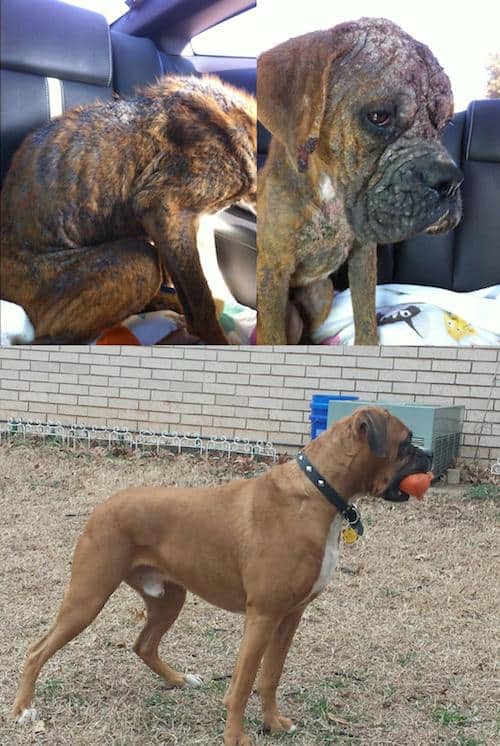 Ajax, an eskimo mix, was found weighing just 26 lbs, composed of skin, bone, and mange. He had kennel cough and could barely use his hind legs. Today, 8 months later, he is a healthy 42 lbs and happy as can be! 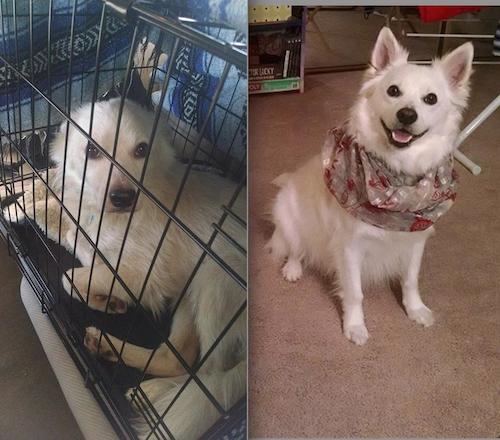 These amazing photos and stories came from the amazing r/BeforeNAfterAdoption subreddit. Check them out for more heartwarming tales. While your at it, adopt your own rescue dog and have a life-changing affect on a furry friend in need.

Want to help in the fight against pet abuse? Be sure to check out the How to Prevent Pet Abuse infographic!

What do you think of these touching transformations? Are rescue dogs the best or what? 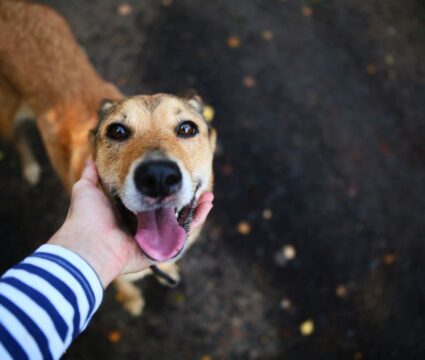 How to Become a Dog Foster: Providing a Temporary Home for Canines in Need!

Great story, I’m glad to see so many dogs are rescued.