Why Does My Dog Yawn So Much? 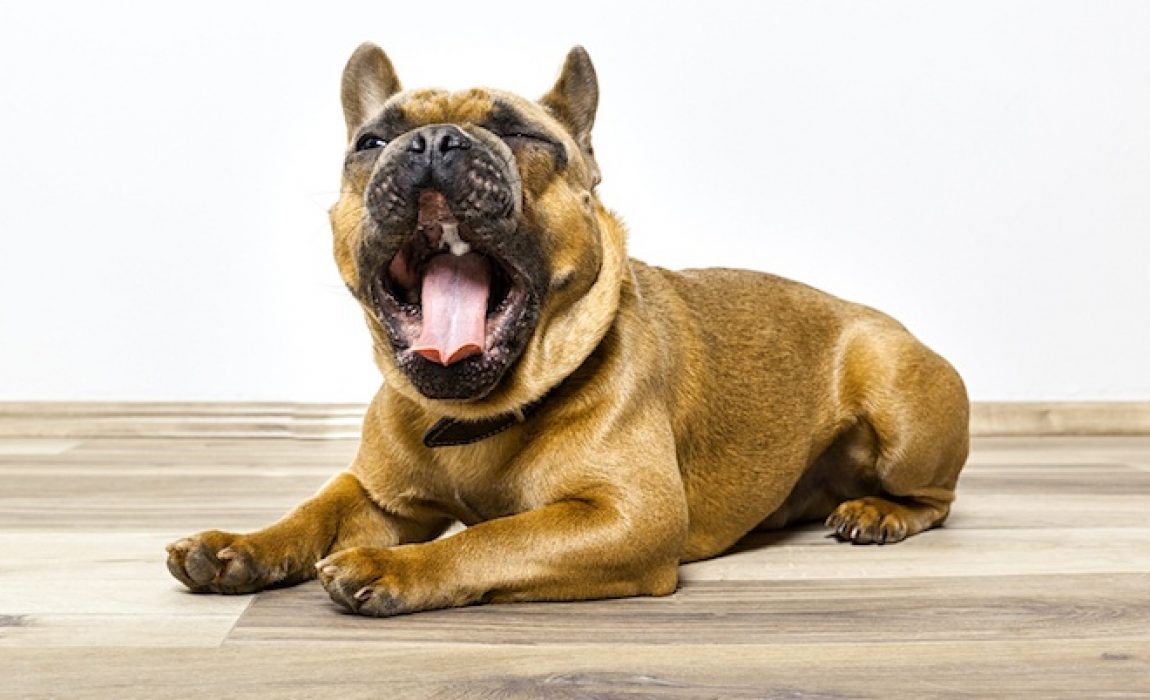 Your dog yawns because you’re boring – if you were more fun, your poor dog wouldn’t yawn so much.

Jokes aside, dog yawning is an interesting topic. Why do dogs yawn? Does it perform the same function or scratch the same itch that it does for us? Do dogs pass yawns contagiously between one another the way people do?

Pour yourself a cup of coffee and we’ll dive right in to the often sleepy subject.

What Is a Yawn Exactly?

Yawns are one of those funny things that are instantly recognizable, yet difficult to describe with words. Various authorities define yawns in subtlety different ways, but most definitions include the following components:

Humans also tighten a muscle in the ear – called the tensor tympani – when yawning, which tightens the ear drum and causes a rumbling sound to be heard internally by the yawner.

Yawning is often accompanied by vocalizations. In humans, the sounds often have a Chewbacca-like quality, but dogs tend to emit a high-pitched whine when yawning. Additionally, many animals close their eyes when they yawn, but this is not compulsory, as occurs when you sneeze. 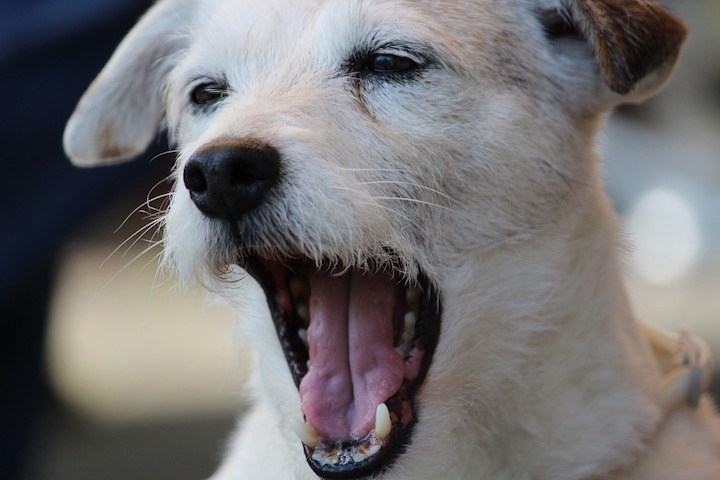 Why Do We (Humans) Yawn?

Scientists have been trying to tease apart the factors involved in human yawns for a long time, and they’ve still yet to reach a widespread consensus. Yawning is most common immediately before sleeping or waking, but it may also occur in a number of other circumstances.

For example, people may yawn when bored, or when hanging out in a warm room (cold temperatures appear to reduce the prevalence of yawning). Yawning is also brought about by a few medicinal and recreational drugs, such as selective serotonin reuptake inhibitors (SSRIs) and phycobilin-based hallucinogens, respectively.

Trying to construct a theory that accounts for these varied triggers has proven difficult. However, some of the leading explanations proposed to explain why we yawn include:

Yawns help provide a sudden influx of oxygen, which may help wake a weary brain.

Yawns may serve to cool the brain via the rapid inhalation of air.

Yawns may serve as social lubricant and a form of non-verbal communication.

It is also important to consider the possibility that yawns may serve no evolutionary purpose at all. They may just be a biological glitch that arose early in the vertebrate family tree. It may have even served an important purpose for some ancestral species, which has long since disappeared.

But because yawning doesn’t really cause any problems, it has stuck around through evolutionary time.

Why Do Dogs Yawn (and Other Animals)?

A variety of species, representing most branches of the tetrapod tree of life (tetrapods are animals with four legs, including amphibians, reptiles and mammals), exhibit yawning behaviors.

In addition to cats, dogs and other familiar animals, penguins, Guinea pigs and snakes yawn too!

However, it is important to understand that animals may yawn for entirely different reasons than humans do (whatever those reasons turn out to be). As you may imagine, it is difficult to study the reasons other animals yawn. Most are unresponsive to questioning, so we are left trying to interpret their behavior, blood chemistry and other subtle clues.

Some animals, for example, appear to yawn as an explicit form of communication. Chimpanzees yawn as a way of threatening adversaries (among other reasons), as do Guinea pigs. At the other end of the spectrum, penguins and some other birds often incorporate yawns into courtship rituals.

Dogs appear to yawn for a number of different reasons, including communication.

For example, dogs frequently yawn before going to sleep or shortly after waking up, just like their owners do. But they also yawn in other circumstances – particularly stressful situations. This may include intimidating social interactions or difficult training procedures; both commonly elicit yawning behaviors.

But there’s more to it than that. Dog yawning also appears to play a role in deescalating tension and avoiding conflicts. It doesn’t indicate submission, and it is even exhibited by dominant dogs.

Is a Dog Yawning Indicative of a Problem?

Dog yawning is not normally a health concern, but if it occurs unusually frequently, it is wise to consult your vet. Chances are, your yawning-pup is perfectly fine, but it is always better to be safe than sorry. Be sure to note the circumstances surrounding your dog’s yawning behavior, as this may provide clues to the severity of the issue.

For example, dogs that yawn a lot before bed or after getting up from a nap are probably just tired. While we may not understand why yawning and fatigue are related, it appears to be a harmless and natural association.

But if your dog yawns in other circumstances, such as during social interactions, you may want to discuss the issue with your vet or an animal behaviorist. Although not necessarily a cause for concern, this type of yawning may indicate that your dog is feeling stressed, and it’s worth understanding what other factors may be at play in making your dog feel anxious.

Similarly, if your dog yawns during obedience training, she may not be enjoying the activity. She may be stressed by the training and reacting by yawning.

One of the coolest things about yawning is its potential to spread throughout a group of people. We’ve all seen this happen, whether it occurs in a long meeting or while watching a movie with friends late at night. One person starts the chain, and before long, everyone else has responded with their own yawn.

As is the case when they are yawning at each other, dogs that yawn in the presence of their humans may be trying to deescalate tension. 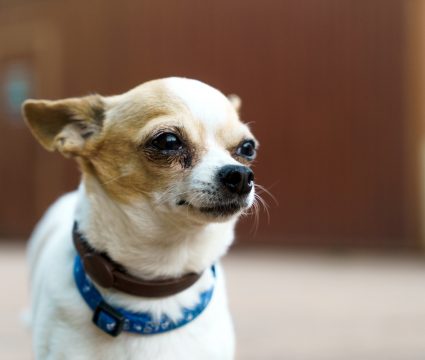 Small Dog Syndrome: Why Are Small Dogs Such a Nuisance Sometimes?

I have a 13 seek old shitzu male puppy. When I blow dry my hair, he barks until I pick him up. I sit on a chair and he then climbs up into my shoulder and sits quite calmly while I use the hair dryer. He appears to like it when the dryer blows onto him. It is winter here so he may enjoy the heat. But he yawns alot while sitting on my shoulder hence my researching what this could mean.

I have read that Yawning (in humans) tends to cool the brain, and this will enhance sleep.
I don’t know that dogs’ yawns do this. My dogs, at least, never seem to have the deep breathing that is generally associated with human yawns.

Thanks for sharing, Jenny. Some researchers certainly subscribe to the “air-conditioning” hypothesis for yawning.