What Type of Dog Is Scooby Doo, Boo, Snoopy, & Other Famous Dogs 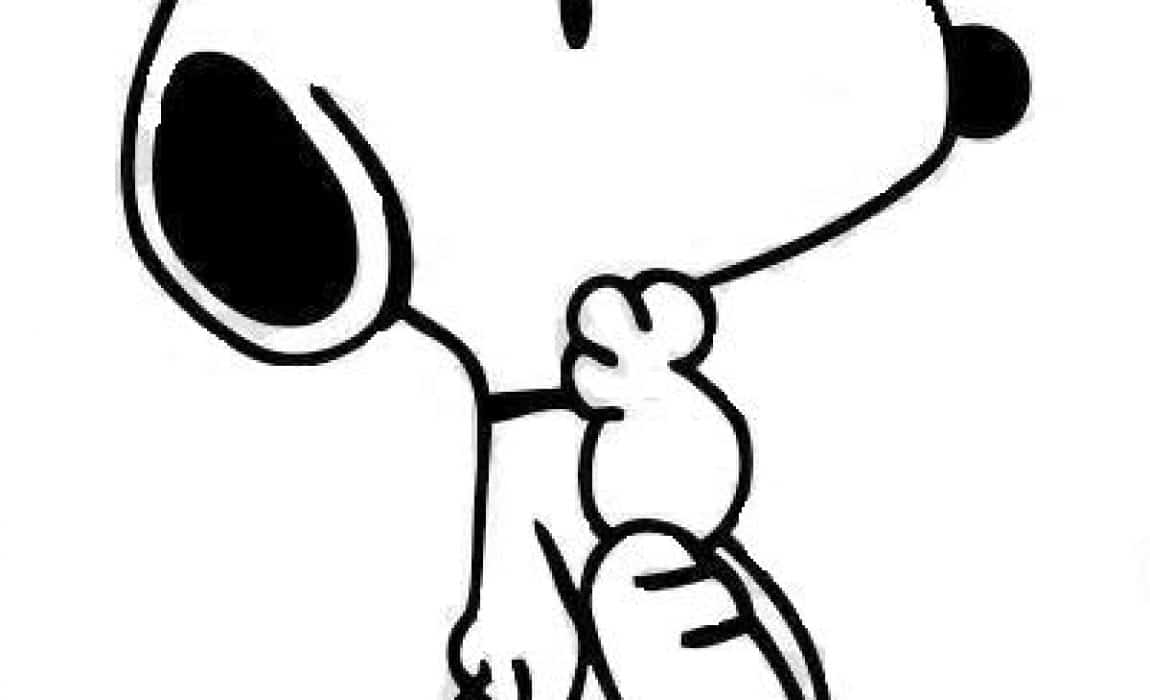 What Type of Dog Is Scooby Doo?

Scooby Doo, the mystery-solving canine from the television show of the same name, is a Great Dane! Great Danes are known for being sweet, loveable giants.

Great Danes are also said to be spirited and courageous, making scaredy-cat Scooby a bit of an outlier.

What Type of Dog Is Boo?

Boo is a Pomeranian – just one with an unusual hair style.

Pomeranians are small, bouncy, fox-faced dogs. These brave, boisterous dogs often don’t realize just how small they are, and take on larger dogs without hesitation. While generally good-natured, they aren’t recommended for families with very small children.

What Type of Dog Is Snoopy?

The beloved Snoopy, Charlie Brown’s pup from Peanuts, is a beagle! This is no surprise considering his trademark howl. Don’t all beagles dream of being the Red Baron?

What Type of Dog Is Pluto?

However, in Pluto’s very first appearance in the 1930 cartoon “The Chain Gang”, Pluto is portrayed as a bloodhound. In fact, he’s a bloodhound hunting down Mickey Mouse after Mickey escapes prison.

Yeah, Mickey was a different guy back then… But ever since, Pluto has been his constant companion.

What Type of Dog Is Hooch?

Dogue de Bordeauxs are working dogs, but can also make great family dogs and are good with kids. They are affectionate, brave, and loyal, just like Hooch himself!

What Type of Dog Is Toto?

Toto, Dorthy’s dog from The Wizard Of Oz, is a Carin Terrier.

In L. Frank Baum’s initial book (from 1899), Baum did not say specifically what type of dog Toto was, but W.W. Denslow, the book’s illustrator, drew Toto as a Cairn Terrier.

Cairn Terriers are one of Scotland’s earliest working dogs. The name “Cairn” comes from the breed’s job, which was to chase quarry between the cairns in the Scottish highlands. 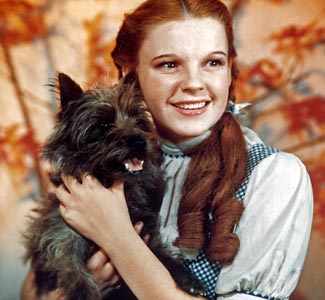 What Type of Dog Is Benji?

Benji, from the movie Benji, is a mixed breed mutt. He is thought by his owner and trainer to be a mix of Miniature Poodle, Cocker Spaniel, and Schnauzer.

What Type of Dog Is Lassie?

Lassie is a rough collie, showing off the breed’s great qualities such as intelligence and training.

What Type of Dog Is Max (From Max)?

Max, from the movie Max, is a Belgian Malinois.

Belgian Malinois dogs are commonly used by the military and the police. This breed has a history of serving as a working dog, and while they are capable of co-existing with families, potential owners can expect their Belgian Malinois to require regular exercise and intense, professional training.

What Type of Dog Is Max From The Grinch?

The breed of Max from the 2000 live action movie How The Grinch Stole Christmas is a mutt – the dog who plays Max alongside Jim Carrey as The Grinch was actually adopted from a shelter!

The pup-actress’s name is Kelley. While her origins are unknown, some have guessed that she could be a Airedale/Wheaton Terrier mix, due to her wire-haired coat and color.

What Type of Dog Is Bolt?

Bolt is the celebrity dog that stars in the Disney movie Bolt… while also starring in the show within the movie…well, if you’ve seen it, you know what we mean!

Bolt’s breed is never mentioned in the film, but animators have said that they based Bolt’s design off of the white German shepherd. You can see the inspiration in his big, vertical ears and his large, fluffy tail. Animators even studied body language of real white German shepherds to give Bolt an authentic feel. 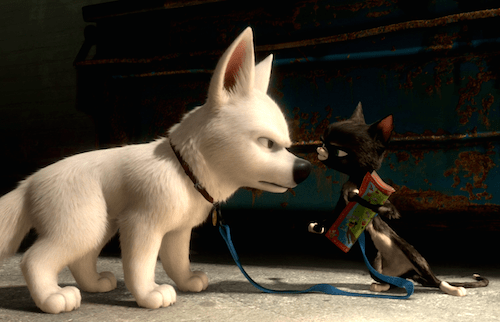 What Type of Dog Is Marmaduke?

Marmaduke, the Winslow family dog in the comic strip that bears his name, is a Great Dane (just like Scooby Doo)!

What Type of Dog Is Lady & Tramp?

This breed has historically been used as a sporting dog (cocker is thought to stem from the woodcock birds that the dogs were commonly used to hunt, while spaniel is believed to connect with their Spanish origins).

Lady’s counterpart Tramp is a mutt – he’s a street dog with unknown origins (very mysterious and romantic indeed). Although one savvy Disney detective has determined that, based on Tramp’s size , behavior, and look, he could believably be an Elkhound/Husky/Otterhound mix. Officially though, he’s a mutt!

What Type of Dog Is Cujo?

The terrifying Cujo from Stephen King’s Cujo is St. Bernard. Of course St. Bernards aren’t known for being aggressive or frightening – they are sweet-tempered, loveable goof balls. However, in the film, Cujo is bitten by a rabid bat.

What Type of Dog Is Wishbone?

Wishbone, from the PBS series beloved by many 90s kids, is a Jack Russell Terrier! These dogs are packed to the brim with energy. These intelligent, lively dogs are a long time favorite, so long as you can keep up with them!

What Type of Dog Is Clifford?

Clifford the big red dog is… a big red dog. While his official breed is unknown, Clifford is said to have characteristics of a Vizsla. However, Clifford’s very first prototype resembled a large bloodhound.

What Type of Dog Is Winn-Dixie?

Winn-Dixie, from the movie Because of Winn-Dixie, is a Berger Picard Shepherd – one of the oldest French breeds of sheep-herding dogs. The word Berger is french for shepherd, and Picard refers to Picardie, the region of France this dog is from.

These scruffy, medium-energy dogs are loyal, observant, and while uncommon, could make good family dogs.

What Type of Dog Is Marley?

Marley, from the movie Marley & Me is a yellow Labrador retriever, one of the most popular dog breeds in America!

What Type of Dog Is Courage?

Courage, from Cartoon Network’s animated TV show Courage The Cowardly Dog, is a beagle (although pink beagles exist only in the middle of nowhere).

What Type of Dog Is Old Yeller?

Old Yeller, from the children’s novel by Fred Gipson, is said to be a black mouth cur. Black mouth curs are commonly used as cattle and farm dogs, originating in southern areas of the United Stats. The dog is described as a “dingy yellow dog,” giving him his namesake.

The dog who played Old Yeller in the Disney movie was named Spike. He was adopted as a puppy from the Van Nuys Animal Shelter, and was a Labrador retriever/mastiff mix.

What Type of Dog Is Jake (From Adventure Time)?

The yellow dog Jake from Cartoon Network’s Adventure Time is classified as a bulldog.

What Type of Dog Is in The Sandlot?

In the beloved 1993 movie The Sandlot, the terrifying giant dog Hercules (nicknamed “The Beast” by the kids) is an English mastiff, in many scenes it is played by a giant puppet!

What Type of Dog Is Kermit & Marbles?

Fans of YouTube celebrity Jenna Marbles may wonder about the breeds of Jenna’s beloved dogs, which often star on her channel. Kermit is an Italian greyhound, while Marbles (known lovingly as Mr.Marbles) is a Chihuahua.

What Type of Dog Is Fang?

Fang from the Harry Potter series is said to be a boardhound (also known as a Great Dane) in the books, but in the movies, Fang is played by several different Neapolitan mastiffs.

What Type of Dog Is Goofy?

Goofy is one of Mickey Mouse’s best buddies and believe it or not, he’s a dog… kind of.

Many people are confusing regarding Goofy’s canine status, considering that Mickey’s pet pal Pluto is a dog – but Pluto can’t walk or talk like Goofy can.

Goofy is actually an anthropomorphic dog! Disney classifies Goofy as a human character with the physical characteristics of a dog.

Unfortunately this also means that he defies any breed classification – he’s truly one of a kind.

What Type of Dog Is E. Buzz From The Movie Poltergeist?

E. Buzz from Poltergeist is a golden retriever!

What Type of Dog Is Scraps from Airplane II?

While there is no documentation online regarding what breed of dog Scraps from Airplane II is, based on his look and coloring, we suspect that he is an Airedale terrier!

What Type of Dog Is Rin Tin Tin?

Rin Tin Tin is famous for his work on the big and small screen, but he has quite a jaw-dropping backstory: He was actually rescued from a World War I battlefield by soldier Lee Duncan.

Trying to get inspiration for naming your dog? Check out our collection of famous dog names and Disney dog name ideas! 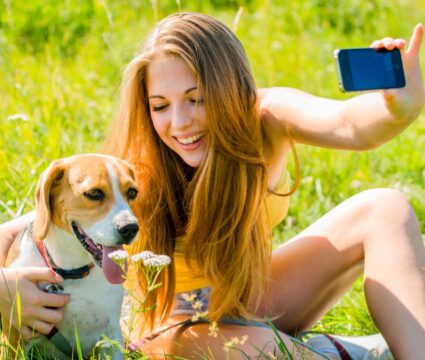 I had no clue that rin tin tin was requested from world war l! That’s crazy!

i got a hard one for you,what kind of breed is Rantaplan form the lucky luke comics?I cannot find him anywhere!

Hey, Phil.
We’d never even heard of that comic before, but Wikipedia says Rantaplan is a hound dog. That’s what he looks like to us!

Great list, but left off is one of the most famous dogs of all time, from motion pictures and for five years on TV’s The Adventures of Rin Tin Tin.

Eek! You’re right, IRV! Not sure how we missed Rin Tin Tin, but I’ve added him now!
Thanks for pointing out his absence!

Great article Meg!! Very informative.. BTW which dog breed are u posing with in your pic?

That’s actually my friend’s very photogenic puppy who is an Australian Shepherd!

Ah thanks for the correction!

Incorrect – Lassie is a rough collie. A border collie is different

Great article! I love dogs! What breed of dog is Dreyfuss from Empty Nest (The Golden Girls spinoff)?

What is Eddie from Frasier??

Good list. How about Bryan from Family Guy, Will Smith’s dog in I Am Legend, and Max and Duke from The Secret Life Of Pets?

Brian from Family Guy is a White Labrador.

Will Smith’s dog (Sam) in I Am Legend was a German Shepherd.

Max is a Terrier mix and Duke is classified simply as a mutt in Secret Life of Pets.

Lassie is a Rough Collie, not a Border Collie.

Great stuff, Meg. I actually thought of two more:
“E. Buzz,” the golden retriever from the original Poltergeist movie, and “Scraps,” the dog from Airplane II. I can’t tell what Scraps is, but maybe you can:
http://moviereelizations.com/wp-content/uploads/2015/12/10.jpg

But more importantly, what is Goofy? Is he even a dog? He wears clothes and drives a car…

Nice ideas Ben, will add them to the list! I actually have always disliked Goofy – I much prefer Pluto, who is a legit dog IMO!