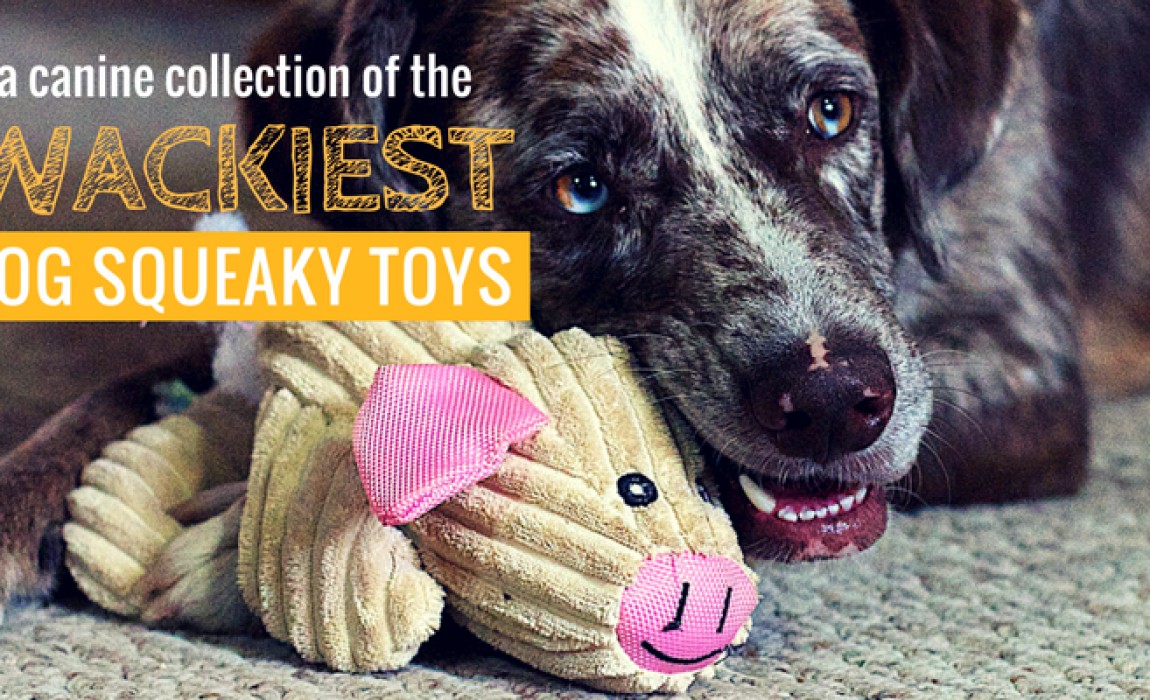 Dogs love squeaky toys for a few different reasons – mostly because it speaks to their inner hunter! While dogs won’t appreciate the irony of chomping on a poop emoji squeaky toy, owners can certainly have a good laugh by putting silly toys in the paws of their pooches.

In celebration of all things that squeak and squeal, today we’re highlighting 13 of the goofiest, silliest, funniest, and weirdest squeaky toys we’ve ever seen!

Let us know which you think is the funniest in the comments!

Let’s taco ’bout how awesome tacos are – especially breakfast tacos! If you’re a true taco aficionado, there’s just no way you can pass up this taco squeaky plush toy for your pooch.

Whether you love him or hate him, having your canine buddy carry around his own little miniature version of the United State’s 45th president is pretty hilarious. Plus, the photo opportunities are simply endless.

Love it? Grab the Dognald here!

If you’re a gamer, you probably aren’t too keen on letting your dog get his chompers around your real controllers (those things are like $50 a pop). Instead, pull a big brother classic and give your pooch this fake controller to play around with so he doesn’t feel left out or keep bugging you to give him a turn. And yes, even though Sonic is doing most of the work you’re totally helping as Tails….

Hey sneaker freaks – why hog all the high tops to yourself? Let your dog join in on the sneaker sensation with his too-cool-for-school 90s themed sneaker. This squeaky toy is part of BarkShop’s 90’s collection, which we also recommend checking out if you were born and raised off of TRL, Snick, and War Heads candy.

This chew toy (I know, not a squeaker, but we couldn’t leave this one out)  is sure to get tons of laughs from visitors, as it comes in the form of a giant tongue!. Just, y’know, make sure he doesn’t sneak up on anyone wearing that think after dark. Just in case.

If you’re a regular tv-watcher with your pets, a fan of The Walking Dead or just a collector of really weird stuff, you can get your pooch this Walking Dead Well-Walker plush toy.The well zombie (from everyone’s famous season on Hershel’s farm) is one of the most memorable and gruesome zombie scenes we got in season 2, and it forever lingers in the minds of fans.

The two ends can event be pulled apart in true zombie style. Renact your favorite Walking Dead scenes with your pooch!

So, er, what happens when you don’t want to give your dog the whole zombie? Well, then you just toss them a foot, apparently. From Oddity Mall, you can get your dog this disembodied zombie foot to go with your walker plush. Yay?

This is definitely a fun one to break out around Halloween!

Let me tell you, your dog knows a thing or two about poop. It’s true that this won’t fool him – he knows the real thing, yes he does! But something tells us you’d rather have your four-legged bud carrying around this squeaky pooch emoji over the real thing, right?

Is your dog a natural nomad? Does he live by Jack Karokwak’s On The Road? If so, Ripley’s Rucksack is an adorable toy he can carry during his travels. Adventure ho!

Your dog is so with it – whether she’s posting puppy pics on #ThrowbackThursday or tweeting about how lit the dog park was this afternoon, this hashtag squeaky toy shows what a social media superstar your pup is.

Without doubt, this is one of the oddest on the list of oddities; From Petface, you can buy these toys modeller after – what else? – roadkill.  Hey, it’s better than the real thing!

On a hot summer day, there’s nothing better than kicking back on the beach with a cool Grrrona! Mexican beer enthusiasts won’t want to miss this cutie canine toy!

Who doesn’t love a good California roll or a killer sashimi? You probably want to hoard all the sushi to yourself, but that’s not very nice, is it? Let your pup get some Asian influence with this adorable pack of sushi squeakers!

If you really want to witness the true power of the squeaky toy, visit a local dog park with squeaky toys taped to the bottoms of your shoes….it’ll be a day you won’t ever forget!

Let us know your favorite wacky squeaky toy in comments and tell us what weird dog toys you’ve spotted! 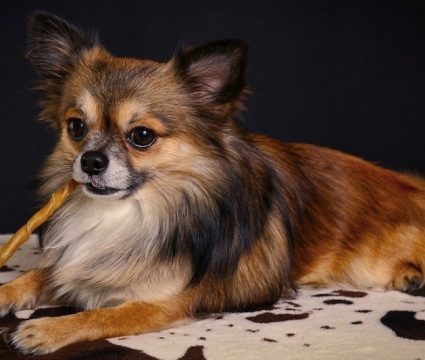 The Best Dog Toys for Chihuahuas: Toys For Tiny Pups!