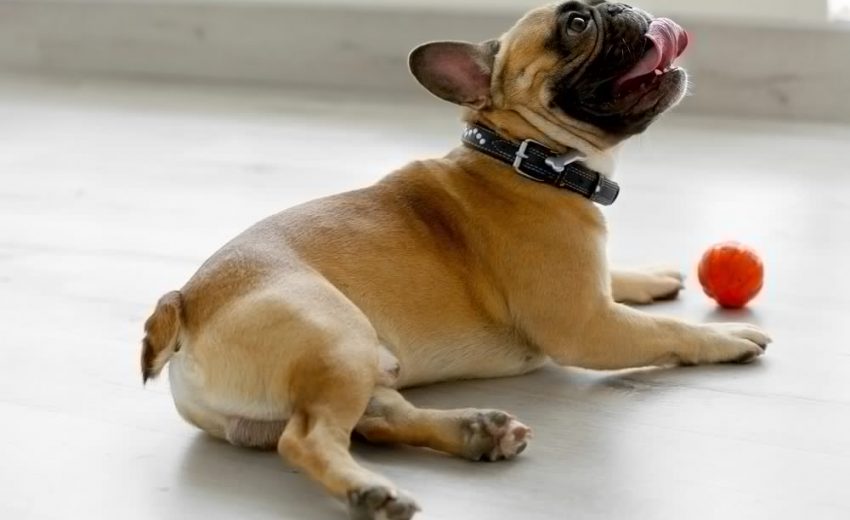 The incredible diversity present in domestic dogs is mind-blowing, but a few things are remarkably common across breeds.

For example, I’ll bet that whether you have a 120-pound Cane Corso or a 4-pound Chihuahua, your pup probably loves toys with internal squeakers! There are a handful of dogs that aren’t especially drawn to these kinds of toys, but squeaky-toy love is a pretty widespread phenomenon among our four-legged friends.

But what is it about these items that captures the attention of dogs, causing them to chew on, fling around and fight with these particular toys for remarkably lengthy periods? Only dogs know the exact reason these toys transfix them so, but they remain characteristically tight-lipped about their motivations.

I’ve asked my dog – a confirmed, serial, squeaky-toy assassin — several times, but she remains stubbornly reticent to discuss her reasoning. I suspect that she doesn’t know why she must kill squeaky toys, she is simply compelled to do so. She must destroy that which squeaks – it really is that simple. But upon rendering this, apparently offensive thing mute, she must also dissect and destroy the unworthy adversary, lest some unseen threat or survive.

Squeaky-toy destruction appears to be very serious, if enjoyable, business. But, as is only too common when analyzing the behavior of our canine companions, we humans are left wondering what is actually going on in our dogs’ brains. Why is that squeaking sound so captivating?

Again, nobody knows for sure; but there are two basic hypotheses that are likely to be in the neighborhood of truth. We’ll dig into the issue below.

While a number of technical details regarding the exact origin(s) of domestic dogs (Canis familiaris – sometimes referred to as Canis lupus familiaris) remains in dispute, it is clear that dogs are very close relatives of modern wolves (Canis lupus), who are either the evolutionary parents, siblings or uncles or dogs.

Unnecessary nerdosityTM aside, this all means that your dog is remarkably closely related to the wolves roaming British Columbia, Alaska and Sweden at this very moment.

Your pup may look nothing like a wolf (unless she comes from a wolf-like looking dog breed), but she still exhibits a lot of the behaviors, motivations and tendencies that her larger, wild relatives do, and ancestors did.

Wolves – both modern and extinct – are predators. They may occasionally eat a few berries or scavenge from a dead carcass, but they kill most of the food they eat.

Often, and apologies for the dark details, the animals that wolves eat emit squeaking or squealing sounds during the encounter. So, when a wolf hears those squeaking sounds, it knows to keep killing – dinner is not yet dead!

So, according to the “predatory hypothesis”, your dog – who is, essentially, a wolf — is expressing these same instincts and behaviors. While she doesn’t have to kill her own food, she still has a brain wired for these predatory behaviors. So, when you give her a squeaky toy, her “killing” instincts are triggered, and the toy is destroyed with glee.

While some dogs eventually lose interest and stop feeling the need to tear apart the toy after a while, many soldier on until the toy squeaks no more (which normally entails finding and destroying the squeaking insert), exactly as their relatives do.

The other primary hypothesis proposed to explain squeaky-toy love is somewhat simpler. It simply posits that your dog enjoys the cause-and-effect relationship they have with the toy.

When your dog bites down, the toy squeaks. Sometimes these toys even squeak when your dog releases pressure. This is probably, for lack of a better word, interesting to dogs, who often enjoy this kind of mental stimulation. Just as human toddlers are often enamored by simple toys that respond to their actions, your dog may experience similar emotions and feedback mechanisms.

In the video below, we have a dog who definitely knows he loves his squeaky toy…he just don’t know where that squeak is coming from!

This is also why humans get hooked on games like Candy Crush, which are specifically designed to provide rewarding and stimulating sounds and colors to get players addicted!

Do Squeaky Toys Make Good Training Devices for Your Dog?

Just like the treats, tennis balls and stuffed animals some use to train dogs, squeaky toys will often stoke your dog’s prey drive, enabling you to guide and mold their behaviors in the desired fashion.

In fact, because squeaky toys also offer audio reinforcement, they may even be superior training toys than most of the commonly used items.

Just be sure that the squeaky toy you select is safe, the appropriate size for your dog (check the manufacturer’s suggestions) and that the toy is durable enough to stand up to the rigors of a training regimen.

However, it is important to keep safety in mind when giving your dog a squeaky toy – whether you are doing so as part of a training program or merely as a form of basic mental enrichment.

As with anything else you allow your dog to play with, you must ensure your pooch remains safe while working on a squeaky toy. This primarily means that you should restrict squeaker toy time to those occasions in which you can keep an eye on your dog.

Squeaker toys are essentially like regular chew toys. Some are plastic, while others are made of fabric, and they are often sculpted and painted to resemble things dogs like to chew on or people find amusing. We’ve collected a list of some of the funniest and cutest squeaky toys here, so check them out if you’re in the market for a squeaker!

However, squeaky toys also contain an internal device that squeaks when your dog squeezes it or forces air through it (as happens when the outer toy shell is squeezed).

There’s nothing particularly dangerous about these dog toy squeakers, but they can cause potentially life-threatening problems for dogs who swallow them.

Accordingly, you need to make sure that your dog can’t rip the toy apart, giving her access to the squeaker in the first place. This means you should always inspect squeaky toys before giving them to your dog, and make sure that there are no tears or other “wounds” which may allow your dog to access the internal device.

This is primarily a problem with large dogs, power-chewers and pups who are especially rough on their toys. In fact, some dogs may be so destructive that they cannot be trusted with one of these toys for any length of time. For them, specifically designed tough toys for rough chewers are really the only safe option!

While we may never definitively know why dogs love their squeaky toys, it’s clear that they’re among the favorite toys of many dogs. Just be sure that you check out the toy for signs of damage and supervise your pup during squeaky toy play sessions.

Another safety tip: be careful when wearing squeaky shoes to the dog park! As the below video shows, it can be quite dangerous…

How about your pup? Is she a squeaky toy addict, or does she lose interest after a few minutes? Does she prefer squeaky bones to squeaky burgers? We’d love to read about your experiences in the comments below. 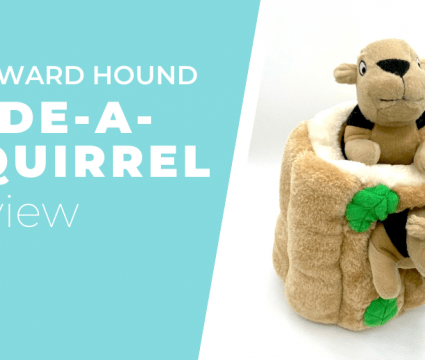 No, Not all dogs “Love” squeaky toys. I had a dog very uninterested in food rewards, so was recommended to try her with a squeaky toy. At first she was horrified by the noise it made — but persistence on my part convinced her that it was fun, to run around squeaking the toys =y in her mouth, then she discovered that baby chickens were also in to run around with squeaking in her mouth! 🙂
I then had the onerous task of teaching her to leave the chickens and the squeaky toy alone.
Since then I have only ever used squeaky toys to teach my dogs a soft mouth, and to immediately drop anything they pick up in their mouths if it squeaks!

Thanks for sharing, Jenny! I can only imagine my pup’s reaction to a flock of baby chicks…