If a Dog Bites Someone Will It Be Put Down? 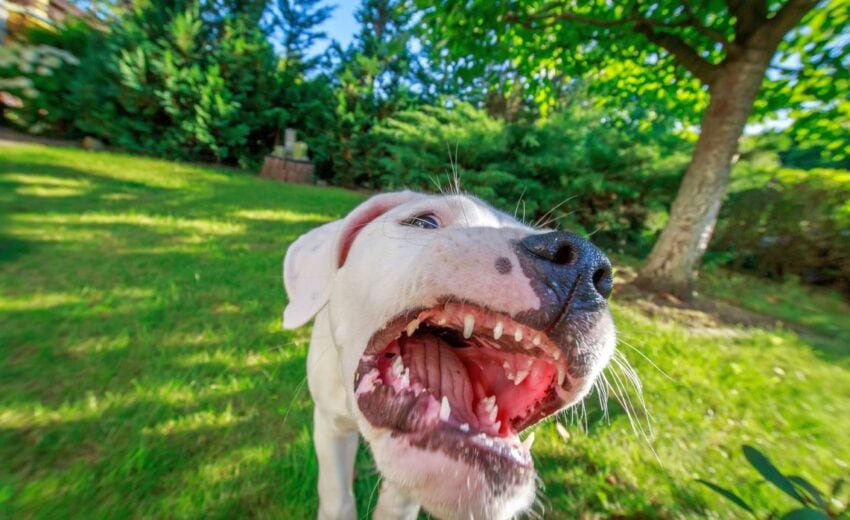 As a dog owner, few events are more troubling than your dog biting someone.

Not only can it be confusing and scary to see your beloved companion hurt someone else, but it can also mean serious legal repercussions for your dog.

And yes, sometimes that may even mean your dog will be euthanized (“put down”).

Fortunately, this is NOT the most common outcome, but it is a possibility owners must be aware of.

Below, we’ll discuss what happens when your dog bites someone and what instances may result in euthanasia.

Key Takeaways: If a Dog Bites Someone, Will He Be Put Down?

Will a Dog Be Euthanized for Biting Someone?

Determining whether or not your dog will be euthanized after biting someone is a complicated matter, and there is no one-size-fits-all answer to the question.

Laws vary by state, county, and sometimes even by city. Outcomes differ from case to case, as well.

But while it’s possible that your dog could be euthanized for biting someone, it just isn’t very common.

Several factors will play a part in determining the ultimate outcome for your dog:

Just understand that euthanasia isn’t automatic for dogs who fit one of these parameters — it’s often a “big picture” thing. Suffice to say, euthanasia is far more likely for a German shepherd who’s inflicted several severe bites than it is for a Labrador who delivers a minor nip for the first time.

Do note that in the extremely rare event of a rabies infection, euthanasia is the only option, as rabies is incurable once symptoms have appeared.

We Are Not Attorneys: Seek Legal Assistance Following Dog Bites

Dog bites — even relatively minor ones — may lead to serious legal and financial repercussions for you and your pet. And, as we’re discussing here, your pet’s very life may even hang in the balance.

Accordingly, you’ll want to reach out to an attorney immediately following any dog bite and heed the advice provided. It’s the best way to achieve the best possible outcome from this point forward.

What Happens When Your Dog Bites Someone?

Laws and procedures vary by location, but for the most part, dog bites are handled similarly around the US.

Most commonly, the sequence of events following a bite will follow this basic pattern:

Civil action may occur after this point, essentially meaning that the victim may take you to court seeking damages.

In most cases, dog bite incidents rarely go beyond the first two steps, but it’s always a good idea to consult a lawyer to navigate the legal environment. It’s also a good idea to document the incident details and gather witnesses, if applicable.

What Is the “One Bite” Rule for Dogs?

Sometimes referred to as the “One Free Bite Rule,” this principle means that owners may not be liable for damages caused by a dog’s first bite.

The thought behind the legislation is that dogs are animals, and animals are unpredictable. Under this principle, a dog must have an established history of bites (meaning more than one instance) to put its owner at risk of criminal or financial penalties.

But in the event of a subsequent bite, you can be held responsible since you knew what your dog was a potential bite risk.

But this is not a universal legal principle in the United States — some states embrace such laws, while others do not. States without “one bite” laws are known as strict liability jurisdictions, meaning that you may suffer legal ramifications following any bite — whether it’s your dog’s first or not.

One bite laws do still exist in several states, including Texas, New York, and Virginia, but the legal particulars involved may vary.

For instance, in New York, the rule applies to criminal charges, but you can still be on the hook for lawsuits following your dog’s first bite. And one-bite rules aren’t always “air-tight defenses” either, as you may still be held liable if it can be proven that you knew your dog was aggressive.

Most states have adopted strict liability laws, deeming owners responsible for all bites, including the first. These strict liability laws may sound harsh, but they are designed to make it possible for bite victims to receive compensation for medical or veterinary bills if they or their pets are attacked by a dog.

What Do “Strict Liability Laws” Mean for a Dog Who Bites Someone?

Strict liability laws place the blame in a bite incident on the owner, not the dog.

This means you’re held financially (or possibly criminally) liable if your dog injures someone else — regardless of the circumstances or your dog’s previous history. However, there are a few exceptions to this, such as if your dog was provoked or entered your home without permission.

But no matter whether you live in a strict liability state or one that has a “one bite” rule, your dog may be labeled an aggressive dog, depending on the severity of the bite.

Can You Be Held Criminally Liable for a Dog Bite?

It isn’t especially likely, but it is possible that you’ll be held criminally liable for your dog biting someone.

This will depend on a couple of different factors, but the most important are the laws in place in your area and the facts surrounding the bite incident. This is especially true in severe injury or death cases and incidents seen as gross negligence, like failing to secure a dog previously deemed dangerous.

Criminal repercussions for a dog bite may include things like fines, community service, restitution, and even jail time in rare cases.

Do the Circumstances of a Dog Bite Matter?

In many ways, this question reflects some of the other common dog bite questions owners have: It depends on where you are.

The circumstances surrounding a dog bite matter a great deal in some jurisdictions, while they aren’t much a factor in determining the ultimate outcome in other places.

But in most cases, yes, the circumstances surrounding the bite will be taken into consideration.

For example, in areas with strict liability laws in place, you may be less likely to face legal consequences if the bite victim entered your property without permission or provoked your dog. By contrast, if your dog was running around at large and bit someone, you’re more likely to suffer criminal or civil penalties.

Because of this gray area, you must be a good advocate for your dog, speak with an attorney, and document everything. Your best evidence is a witness or, best of all, a video of the incident.

If the bite occurred on your property for instance, check your security cameras, if applicable, or ask a neighbor if they have any covering your yard. You can also note if the victim had permission to be on your property or if they provoked the dog in any way.

Dog Bites Are Complicated: Do Your Homework

Dog bites are complicated events that occur for a variety of reasons.

So, it’s important to learn as much as you can about the specifics of the bite that occurred. This will help you better understand the reasons for the bite and avoid similar scenarios in the future.

A few questions to ask yourself and learn about include:

Finally, it’s also a good idea to familiarize yourself with some of the most important dog-bite statistics, so you can better understand the circumstances surrounding most dog bites.

When Is a Dog Declared “Dangerous?”

A dog may be declared dangerous if the bite victim petitions the court to impose the label or if the bite incident was severe. A biting dog might also receive this label based on his breed alone, as we discussed earlier.

Being labelled a “dangerous dog” doesn’t mean your pet will be euthanized, but it does mean that you’ll likely have to implement a few mitigation strategies to help prevent future bites.

The exact requirements imposed will vary by location, though most municipalities will require the following after a dog is deemed dangerous:

How to Protect Yourself If You Have a Dog Who Bites

For one reason or another, you may have an aggressive dog who is liable to bite strangers. This of course can be quite a dangerous situation, and it’s recommended you seek out a professional, certified dog behavior consultant (NOT a trainer) to work on your dog’s aggression (which is most often due to extreme fear).

Unfortunately, not everyone in your community may understand why your dog behaves as he does. Others may not be sympathetic that your dog is terrified and trying to keep himself safe. So, while working on behavior modification with a professional, make sure you take some steps to keep you and your dog safe.

Your best defense against facing this heartbreaking situation is to treat aggression with a certified canine behavior consultant rather than a standard-issue dog trainer.

Aggression is a complex issue that requires deep understanding, patience, and empathy. This means understanding your dog, figuring out what’s causing the dangerous behavior, and learning how to move forward for a safer, happier life for all involved.

Also, you’ll want to learn to read your dog’s body language and spot the signs of canine stress and anxiety. By doing so, you’ll be able to determine when your dog may be feeling defensive, thereby allowing you to remove him from the situation and sidestep potential bites entirely.

Remember, aggression isn’t necessarily your fault or a sign of failure. Aggressive behaviors have all sorts of triggers, including illness, negative past experiences, and chemical imbalances.

No owner wants their dog to harm anyone, and we empathize with the difficult decisions and road you have ahead. We hope that with this information about dog bites and potential euthanasia, you find the peace and clarity you need most during this difficult time.

Have you been through a dog bite incident before? We’d love to hear the story and ultimate outcome in the comments below. 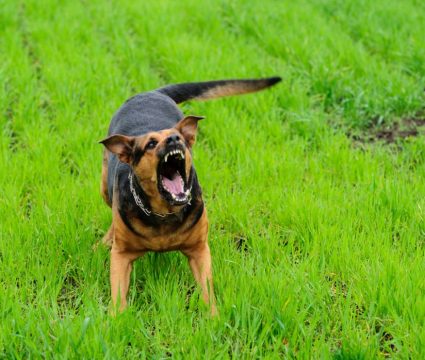 When Should an Aggressive Dog Be Euthanized?