Can Dogs Be Racist? (Asking for a Friend…) 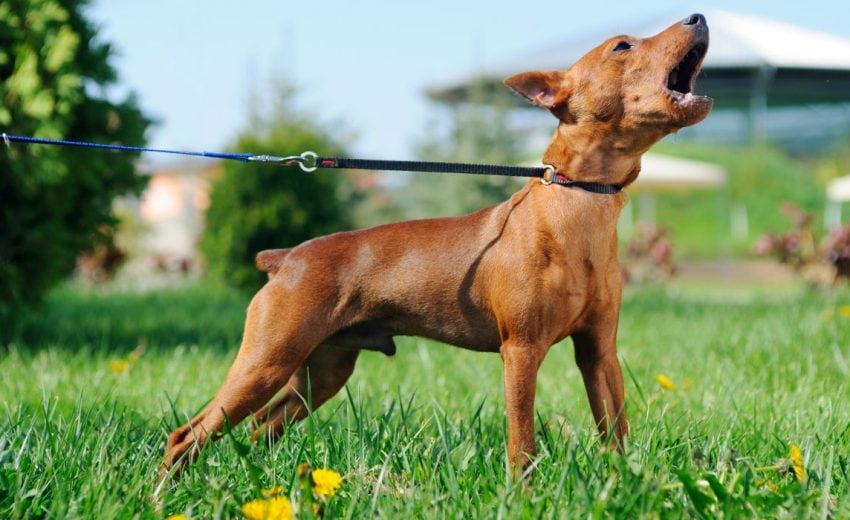 Despite being our best friends for thousands of years, dogs are still four-legged mysteries in many ways, particularly when it comes to certain canine behaviors.

For example, it’s alarming when your pooch shows aggression to anyone — but it’s even more troubling when that aggression is directed at some people rather than others.

Especially if the people your dog doesn’t seem to like are of a different race.

This leads some owners to worry that their dog is displaying racist behavior in these types of situations. Maybe he prefers people of one race over another, or he shows obvious signs of aggression, such as lunging or barking, toward a specific group of people.

We’ll dig into the possibility of racist dog behavior below and explain what might actually be going on with your pup in these instances.

Key Takeaways: Can Dogs Be Racist?

First Thing’s First: What Is Racism?

Racism — the belief that race is a fundamental determinant of human traits and capacities — is a human term, and while we as people understand what racism is and how terrible it is, our dogs have no true concept of it.

Dogs are relatively simple in many regards, and they like and dislike people without ill-will or malice in their hearts.

They don’t assign value to race or discriminate based on things like skin color. And though it’s impossible to know for sure, it is unlikely that dogs even feel emotions like “hate” (depending on how you define the word).

Instead, your dog’s negative reactions are likely fear-based because he hasn’t encountered someone or something before.

This is referred to as neophobia — a fear of anything new.

With that said, some dogs do react negatively to people of different races. So, it’s important to decipher the reasons for these varied reactions (spoiler alert: It has nothing to do with race, per se). This way, we can curb this alarming behavior and avoid uncomfortable confrontations.

Why Do Dogs Act Differently Around People of Different Races?

As finicky creatures, dogs may react differently to all sorts of people, including those of different races, cultures, ages, or sex.

While pups can tell the difference between people’s skin tones, it doesn’t mean the same thing to them as it does to people. Dogs do most of their learning through their nose, with scent making up a gigantic piece of the experience puzzle rather than sight.

Simply put, the way a stranger smells is probably more important to your doggo than the color of a stranger’s skin.

It’s also important to recognize that your dog’s bad reactions to one person aren’t necessarily an indication of a previous negative experience with someone of that race, religion, or even sex. Instead, your dog is likely reacting out of fear or suspicion because the person differs from those that they’re used to.

So why is your dog reacting differently toward people of different races?

It might be based on cultural differences rather than skin tone, with certain clothing pieces, like headscarves or turbans triggering a fear response. It could also be a person’s hair or facial hair causing the reaction, such as long beards or locs. Your dog likely hasn’t been exposed to these before and is frightened.

Are You the Problem? Taking a Look in the Mirror

When trying to figure out why your dog is acting frightened or aggressive around people of different races, it’s important to consider your own feelings and the biases you bring to the table.

Simply put, your pup might be feeding off of your energy in these encounters, leading to his anxiety around certain people.

If you’re tensing up or uncomfortable around people or settings that are unfamiliar to you, your dog may notice and act accordingly. Similarly, if you show prejudiced behaviors, your dog is likely to mirror those, according to a 2019 study published in Group Processes & Intergroup Relations.

And on the flip side, it’s important to remember that the behavior of strangers will also affect how your dog feels about them. People who are nervous around dogs may give off a negative energy that triggers a reaction in your canine. If the person is a different race than you, your dog’s behavior could be interpreted as racist.

Whether your dog reacts badly to people of other races or not, it’s important to instill good canine manners and safe dog practices with everyone you encounter.

So, keep your dog leashed and under control at all times. This allows those around you to feel safe and prevents encounters that can be dangerous for both your four-legged friend and others.

Can Dogs Distinguish Between Other Dog Breeds?

But it’s worth asking whether doggos can even tell their breed from another within their own species, let alone tell various human races apart. And from there, we can try to determine if they prefer other members of their own breed over others.

For example, can a Chihuahua tell another Chihuahua from a miniature pinscher?

After all, if the Chihuahua in question can’t distinguish between dog breeds, it seems highly unlikely that he can distinguish between human races. He may perceive differences in people, but he won’t generalize his feelings and expand them to include all members of a given race.

Breed preferences are commonly cited by owners, but experts aren’t convinced they exist.

Why? Because canines can’t pass a mirror test of self-awareness. This means your dog can’t identify himself in a mirror, nevermind understand that he is a Chihuahua in the first place, or prefer the company of Chihuahuas over another breed.

As we’ve discussed, your dog does most of his “seeing” through his nose, anyway. And this is important, because doggos actually can pass a scent-based test designed to determine if they have self recognition (called the sniff test of self-recognition or STSR). In a nutshell, this simply means he can distinguish his scent from others.

But even if your pooch can smell the difference between different dogs (or, potentially, different breeds), he probably doesn’t generalize this info. He won’t, for example, dislike all husky mixes because he had a bad encounter with one in the past.

What can your pooch distinguish? His own species — dogs recognize other dogs with apparent ease, even if they don’t distinguish between breeds.

According to a 2013 study published in Animal Cognition, dogs can reliably pick another dog out of a lineup of random photos when tasked. In other words, your basset hound can tell that the Komondor he sees at the park is another dog, even though they look remarkably different.

Dogs can also identify their owners in a photo (as long as their owner appears as he or she normally does — if you cut your hair, for example, your dog may have trouble recognizing you in a photo).

How Do You Fix a “Racist” Dog?

First and foremost, if your pet is displaying any type of dog aggression, it’s best to consult a professional behavior consultant for safety’s sake. You never want to put your pooch in a situation where he or someone else could get hurt.

If your dog is showing fear or hesitation around certain people without aggression, you can start by slowly bringing him around all sorts of people in desensitization training exercises.

Keep these experiences positive with heaps of praise and rewards, including super-tasty high-value treats.

These sessions should be repeated and ongoing, ensuring your doggo encounters people from all walks of life, whether it’s at a dog-friendly store or the local dog park. Over time, this will build up your dog’s confidence and reduce his social anxiety.

How Do You Prevent a “Racist” Dog

While you can try to address the way your dog reacts to different people once it’s already a problem, it’s better to just nip these types of issues in the bud. And that starts when your pup is pretty young.

To that end, all dogs should be well-socialized in puppyhood once core vaccines are administered. This means introducing your puppy to various types of people in several settings, such as at training classes and at home.

This ongoing exposure to people leads to a happier, better-adjusted pupper who’s less likely to fear someone for looking different from his owner. As with desensitization training, keep socialization exercises fun and positive, bringing along those tasty treats for a job well done.

Have you seen or experienced a racist, sexist, or other people-selective behavior in your dog? How did you help him overcome it? Let us know in the comments. 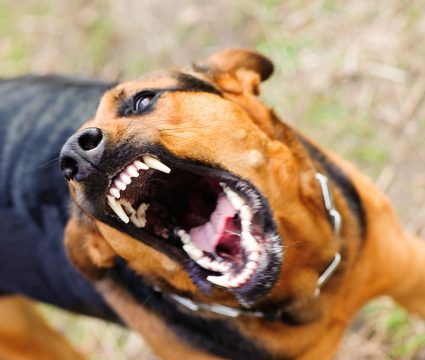 My Dog Snapped at a Child — What Should I Do?

I’m really concerned about my 4 year old staffy. He has never had another incident with any other dog before but has now tried to attack two German Shepherds at doggie day care.
He has also started chasing black cockatoos in the back yard!
Is he racist?

Hey there, Ian.
It’s hard to know what’s going on with your pup and the German shepherds without knowing more about the circumstances. Have you discussed the issue with the daycare staff?
And no, your dog chasing cockatoos is not an example of racism, but I suspect you were kidding.
😉

This is extremely well written and informative.

Glad you enjoyed it, Eric!