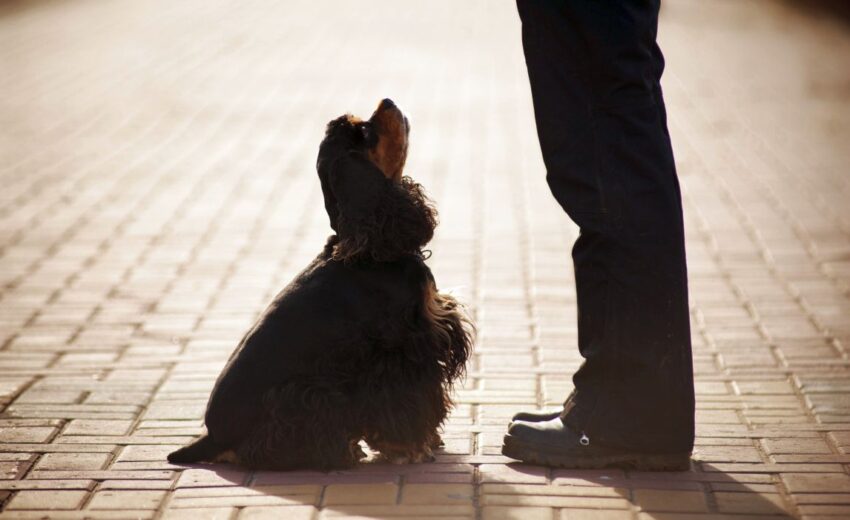 YouTube can be a treasure trove of information for new dog owners.

If you enjoy learning all sorts of useful tips and adorable tricks and watching free dog training videos, you’ll be able to find them on YouTube.

However, just about anyone can make a YouTube channel and start sharing how-to videos. And unfortunately, on-camera charisma doesn’t necessarily translate to top-notch advice.

Today, we’ll dive into one popular training channel — Doggy Dan (channel name: The Online Dog Trainer). We’ll explain a little about the trainer, his philosophy, and some of his most popular videos below. And then, I’ll give you my thoughts on Dan and his training lessons.

I am a Certified Dog Behavior Consultant, meaning my area of expertise lies in working with dogs with serious behavior concerns, such as aggression, anxiety, fear, phobias, reactivity, and obsessions (though I certainly do lots of basic manners training as well).

Doggy Dan is specifically focused on pet dog behavior around the house, but at times, he strays into behavior modification for dogs with fear or aggression issues.

Doggy Dan is clearly a highly successful marketer and businessperson. In fact, the first few paragraphs in his bio are mostly about the success he’s found in marketing, rather than his expertise or education in dog behavior and training.

To me, that’s always a little red flag.

While it’s impressive that his book and videos draw lots of eyes, I am more concerned about the accuracy of the information he provides than the popularity of his offerings.

Doggy Dan’s story sounds familiar enough: He was confused and overwhelmed with the dog training options out there as an owner.

But he does not mention any mentors, influential books, or education programs; instead, he states that he:

“read every dog behavior book I could get my hands on and watched more dog training video’s [sic] and DVDs than I care to remember.”

Doggy Dan claims to have developed his own training methodology that dogs instinctively understand.

I find this sort of marketing speak to be yet another red flag.

I see nothing in his material that indicates he understands – or has even researched – learning theory, ethology, hormones, neuroscience, applied behavior analysis, or any other important bodies of work in the animal behavior world.

His bio is full of grand claims, such as:

“This method is without a shadow of a doubt the simplest, gentlest and most logical way to change your dog’s behavior. Based firmly on the dogs [sic]’ own communication signals they understand it immediately.”

However, he never explains anything further regarding the baseline of this method. After reading his biography, I have no clue if he supports using shock collars or treats or something else altogether.

The language is so vague and grandiose that I am highly skeptical.

On another page of the website, Doggy Dan does explain that he aims to use force-free methods. He claims that his dog training method uses no force at all.

While that is a laudable goal, when I read his training suggestions they do in fact use force (such as placing a barking dog in a small quiet space and not releasing him until he’s quiet).

This isn’t inherently bad advice, but it’s disingenuous to claim that it’s force-free.

In watching another one of Doggy Dan’s videos on dealing with aggression towards people, I immediately noticed that either due to his lack of skill or the desire to get a flashy video, Doggy Dan is putting the dog in a very stressful situation.

Rather than slowly approaching the dog at a long distance and offering treats, Doggy Dan is focused on using non-confrontational body language and helping the owners learn to body block. While this is a decent start, Doggy Dan claims success while the dog’s tail is still fully tucked.

I am alarmed to see that Doggy Dan claims to not need to use food while attempting to counter condition the aggressive dog. If you are unwilling to use treats, toys, praise, or petting to reward the dog, you will almost always need to resort to physical force or intimidation to control the dog.

To be clear: I have not seen any violent training techniques from Doggy Dan. However, I am incredibly concerned that he claims that treats are “bribery and temptation” that will not work over the long-term for serious dog behavior issues.

This is completely counter to all research in learning theory and the best practices most leading dog trainers and behaviorists embrace.

He suggests that treats only work for tricks, which is categorically incorrect.

At one point, he completely misinterprets the point of clicker training, which left me ready to turn the video off in disgust.

If he truly mentored under and learned from a variety of trainers, he would understand that clicker training and counterconditioning are not bribery. They are a way of using positive reinforcement-based dog training to help four-footers make connections about the lessons they’re learning.

He is either intentionally misunderstanding the bodies of work put forth by most true animal behavior experts, or he has not actually looked into it.

What Does Doggy Dan Offer?

Aside from his free YouTube videos, Doggy Dan offers a variety of training options for dog owners.

What Do Dog Owners Think about Doggy Dan?

Rather than highlighting the glowing reviews Doggy Dan has on his website, I chose to dive into the YouTube comments on his channel. I wanted to get an idea of what reviews said without being hand-selected to be highlighted on the website.

Generally, YouTube reviews and comments are extremely positive of Doggy Dan’s videos. Several commenters mentioned that dogs looked uncomfortable or that there wasn’t enough detail in the videos.

However, most comments were either thanking Doggy Dan for his free videos or asking for further guidance on a specific question.

It’s important, though, to note that people often leave YouTube comments in the spur of the moment. People rarely come back weeks or months later to share successes or – more importantly – failures.

Accordingly, it isn’t easy to determine how effective his lessons are proving over the long-term, even if they do provide some instant improvements in some cases.

There Are Better Options Out There

If you’re looking for free YouTube dog training, there are much better resources than Doggy Dan out there.

I’ve reviewed Zak George’s dog training channel as well and have much more favorable things to say about him.

There are some solid dog training resources on YouTube, but Doggy Dan isn’t one of them!

There are a couple important questions to answer before going forward with any trainer, but given Doggy Dan’s profile, questions about him are quite numerous. Some of the most common questions about Dan and his programs include:

Conclusion: Doggy Dan is a Doggy-Don’t in My Book

While Doggy Dan comes across as gentle, earnest, and kind in his videos, I am deeply concerned by his training methods and lack of continuing education. I suspect that Doggy Dan is popular due to his marketing skills and charisma rather than his actual dog behavior expertise.

Doggy Dan relies on outdated pack leader methodology that is strict and difficult to follow through on. His training is based on body language and physical manipulation. While I have seen far worse training in my day, Doggy Dan is far from the best!

Doggy Dan’s programs are affordable, and his puppy programs seem to be in line with those offered by other trainers, so they may provide some value for some owners. But I would stay far away from his other programs.

K9 of Mine offers basic obedience courses and puppy raising programs, which I suggest checking out instead (see below).

But no matter where you learn about training your dog, you’ll always want to be sure to seek out trainers or behaviorists who exhibit the following traits:

For more tips on finding a great dog trainer, check out our how-to article here.

Chances are, you’ve stumbled across this article because you need helping training your dog. And by now, you’ve probably realized that we’re not the biggest fan of Doggy Dan’s approach.

But that’s OK! We have tons of dog training resources you can check out. This includes basic lessons as well as more complex skills.

In fact, we have two in-depth training programs that make great starting points:

What about you? Have you completed any of Doggy Dan’s courses? How did they work for you? What kinds of things did you like or dislike about them? 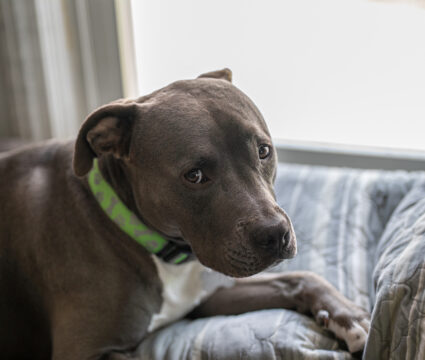 How NOT to Train a Dog: Why Aversives & Punishments Are Bad Ideas!

Iveused Doggy Dans method and it completely changed my dog. In three days I saw a massive difference.
The method does you food, but not continuosly. He has a whole course on clicker trainer so that’s wrong too. He’s not going to give everything away for free on YouTube so to say its ambiguous is unfair.
My dog was facing death from aggression. He is now extremely well balanced, social, respectful, obedient and it’s not all thanks to Doggy Dan.

Not sure I completely follow your comment, Tanya, but we appreciate you sharing your experiences and are glad your doggo has responded well!

I used Doggy Dan’s five golden rules on my over excited barking dogs. Worked like a charm. I’m still amazed. My girl is more relaxed and happy knowing she can let the humans determine if danger is near. The few times she had to go to time out it was not forced and she walked willing and quietly to the room (I did have a rope on her collar). She quickly got the message and adapted her behavior. I will say she is super smart and is a pleaser. I’m thankful for Dan’s five golden rules. They have helped us! I will add one should always use common sense when grabbing ideas from others and I do have experience with my own dogs owning several different breeds and I have researched dog training techniques.

Thanks for sharing your experience, Kelley. We’re glad you found something that worked for you and your pup.