How Often Do Dogs Get Periods? 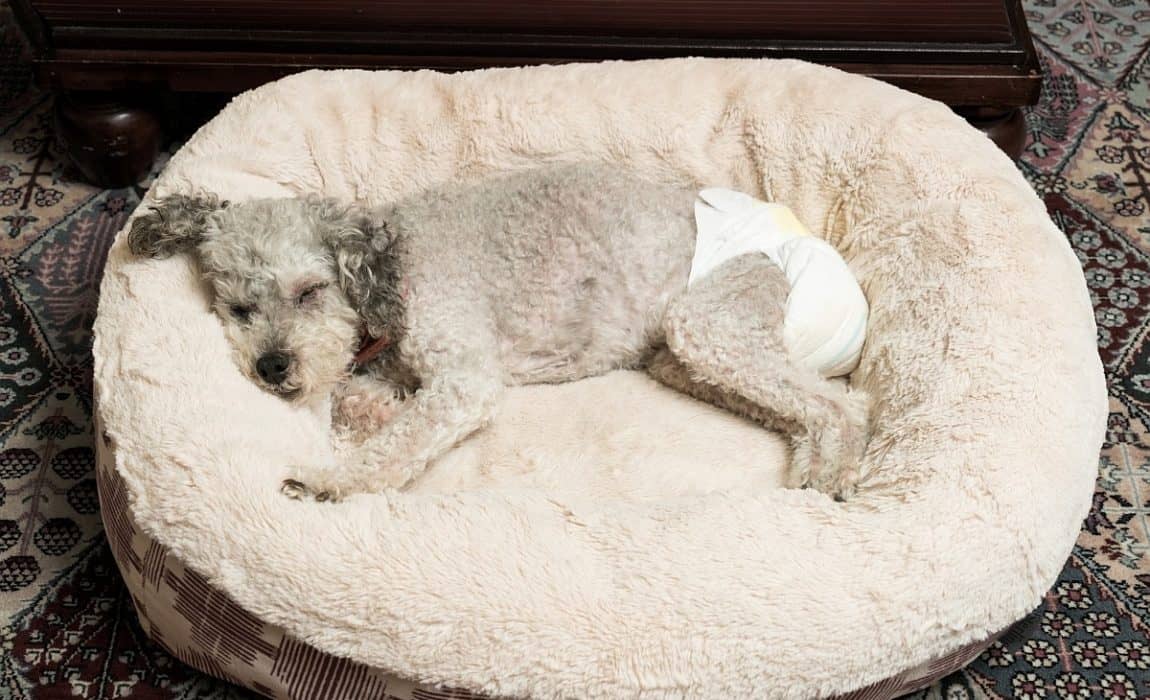 If you have an unaltered female dog for long enough, you’ll eventually notice that she gets a period from time to time. Like humans, dogs get periods if they fail to become pregnant during the fertile portion of their reproductive cycle.

Although dog cycles can vary for a number of reasons, most pooches will get a period about twice per year – once every six months or so.

However, female dogs pass through several different stages while completing this cycle, with each of these stages lasting for a different length of time and being characterized by different levels of various hormones.

Below, we’ll dig into some of the details of the cycle, explore the different stages, explain the three primary hormones involved in the process, and discuss the frequency and duration of your dog’s periods.

Before we get started, let’s clear up one thing: The term “periods” doesn’t really apply to dogs in the same way that it does humans. But we are using the term here because it’s commonly used by owners.

You may also hear people refer to a dog’s cycle with terms like being “in heat,” “in season,” or “in estrus.”

Key Takeaways: How Often Do Dogs Get Periods?

Note that in some animals, luteinizing hormone production spikes in response to things like changing day lengths (which is an indicator of seasonal changes).

Our feline friends provide a good example of this. Domestic cats are “long-day” breeders, who typically mate during the summer (when the days are longer than the nights). However, the animal kingdom is littered with other examples of seasonal breeders.

However, the reproductive cycle of dogs – like that of humans and some other animals – is not tied to seasonal changes. Instead, it follows a relatively consistent and somewhat predictable pattern.

If you’d like to learn more about the hormones involved in your dog’s reproductive cycle, check out Newport Harbor Animal Hospital’s blog, which has some great information.

The canine reproductive cycle is comprised of four biologically distinct phases, although some of these phases produce no obvious physical signs that you’re likely to notice. The four phases are as follows:

The longest of the four stages, anestrus typically lasts about four months (although it can last much longer in some dogs). During this time, your dog’s vulva will appear normal and no discharge will be apparent. Your dog’s body spends this time preparing the uterus to host a developing litter in the coming months.

Estrogen and progesterone levels remain low for the duration of this phase.

At the conclusion of anestrus, your dog’s body will begin increasing the production of estrogen (progesterone hormones remain at low levels during this phase).

Your dog’s vulva will swell during this phase, and a blood-tinged discharge will become apparent. This leads many owners to have their dogs wear period panties during this time to avoid any mess.

Male dogs will likely be attracted to your pup during this time, but she will not yet be receptive to their advances.

Near the conclusion of the proestrus phase, your dog will experience a very rapid and dramatic spike in luteinizing hormone production, which will last about two days.

Around the same time, your dog’s estrogen production will decline markedly, while progesterone levels will start to climb. This marks the beginning of the estrus phase – this is the time period during which your dog is in “heat” and can become pregnant.

Ovulation typically occurs once the luteinizing hormone levels drop back to normal levels, and your dog will likely become receptive to males at this time.

If you have male dogs around, hopefully they are neutered or equipped with some kind of dog birth control.

The vaginal discharge will change appearance at this time, and start to look pink, rather than red or maroon.

Conception typically takes place about half-way through the estrus phase, which lasts about 9 days or so in most dogs.

Females cease being receptive to males once estrus ends and the next phase – diestrus – begins. Diestrus lasts about two months. Estrogen levels are low throughout diestrus, but progesterone levels continue to climb. They reach their highest levels about halfway through the phase and then begin to return to normal levels.

By extrapolating from this information, it becomes apparent that dogs have a reproductive cycle that is roughly 6 months long. This means your dog will probably get a period twice a year. However, there is significant variation among breeds, health statuses, and individuals.

When Do a Dog’s Periods Begin?

Dogs usually become sexually mature at about 6 months of age, which is about the time most females experience their first period.

Small breeds often mature earlier than this (occasionally as young as 3 months), while giant breeds mature at a glacial pace, and may not have their first period until 18 months of age.

It takes some dogs a few years to settle into a reliable pattern, so it can be difficult for owners to predict the length of their dog’s cycle. Further complicating matters, some dogs have what is colloquially known as a “silent heat,” in which no visible signs (specifically a bloody vaginal discharge) occur.

This often happens when a dog’s body has not yet produced enough progesterone to initiate all of the signs of the estrus cycle.

Note that female dogs do not go through menopause (lengthy menopauses are actually fairly rare in the natural world). Health problems may cause her cycle to stop or make her miss periods, but healthy female dogs continue to cycle for their entire lives.

Some older females may experience “silent” cycles at times, and their chances of conceiving and successfully birthing a litter may also diminish, but failing a bona fide health problem, they will continue to cycle for their entire life.

How Long Does a Typical Period Last for Dogs?

Dogs have periods for varying lengths of time, but they typically last about 14 to 28 days.

It is important to consult your vet if your dog’s period lasts much longer than this or she continues to bleed after her vulva shrinks.

Again, while the canine reproductive cycle is fairly consistent and predictable, there is plenty of wiggle-room built into the process, which can make your dog deviate from the norms explained above.

We’d love for you to share the timing of your dog’s reproductive cycle in the comments, to help demonstrate this variation. 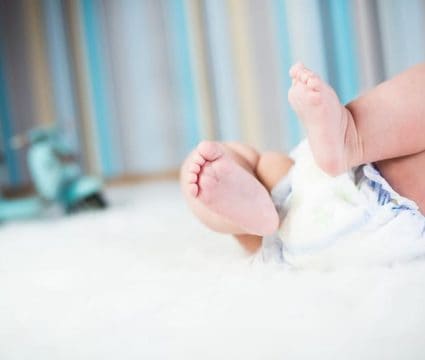 Help! My Dog Ate A Diaper! What Do I Do?

My Yorkie hasn’t had bleeding when in heat for about 7 years and then this month she had a pink discharge for 5 days so far. She is 12 years old so I’m concerned that it may be something else. She’s eating and drinking ok but is moping around and licking alot.

Hey there, Donna.
You should definitely give your vet a call, but we wouldn’t panic — the discharge can change colors from time to time.
Best of luck!

My Mini poodle is 7 months old and she started her. A couple of days ago she’s just moping

Poor little gal! Make sure to give her plenty of snuggles and scritches!

This article misleads people by referring to a dog’s estrous cycle as their period. Dogs don’t have periods like humans. Humans shed the lining of their uterus during menstruation, which in turn causes bleeding, aka their “period.” Roughly 14 days after this occurs, humans ovulate which is when they are most fertile. Dogs don’t have a uterus, they have uterine horns. The bleeding and discharge that occurs during the time they are in heat (comparable to human ovulation) is due to their vulva swelling and the cells cornifying. This is the time when they are most fertile and receptive to mating. I think it is a common misconception that when female dogs bleed while they are in heat, they are having their period, which in fact, they are not.

Hey there, Ms.
1) We use the term “period” because that’s the colloquial term people search for.
2) Dogs absolutely have a uterus. Uterine horns are paired outgrowths of the body of the uterus.
But thanks for reading the article and sharing your thoughts!