The Daniff: A Gentle Giant With Heart 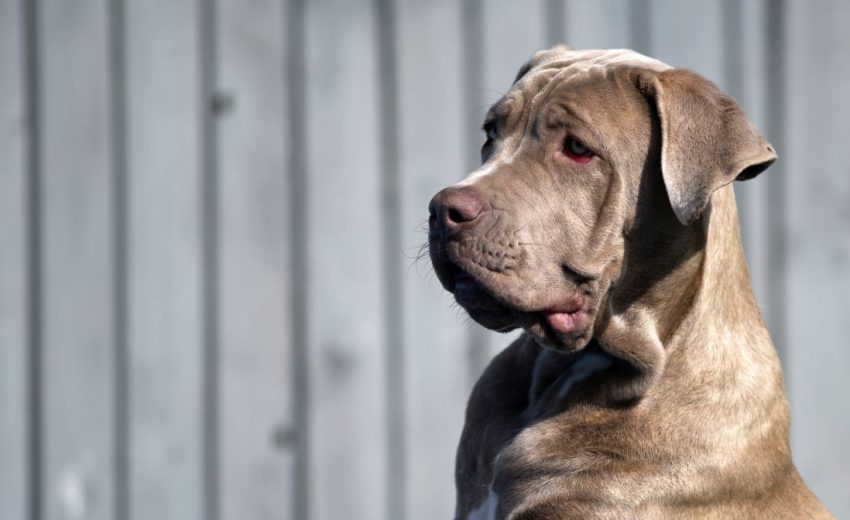 What do you get when you mix the world’s heaviest dog breed with one of the tallest? An enormous lump of handsome: the Daniff.

A mashup of the English mastiff and the Great Dane, the Daniff is a super-sized gentle giant who’s sure to take up plenty of room in your home and heart.

The Daniff is one of many mixed breed dogs, and today we’ll chat about this colossal canine, including what to expect from owning one and what families he’d fit in best with.

What Is a Daniff?

The Daniff is a mixed breed dog produced by pairing an English mastiff with a Great Dane. His name is also a combination of the two, though he’s also sometimes called a mastidane or Great Daniff.

Of course, listing his breeds out is acceptable too, if you dislike designer doggo names.

Understanding the Parent Breeds: The “Ingredients” of a Daniff

The Daniff’s parents are heavy hitters in the dog world — literally.

Both of these extra large dog breeds can weigh over 200 pounds (English mastiffs may even exceed 300 pounds on occasion!), and they have their own sets of quirks that offspring may inherit.

So, it’s important to know them before considering a Daniff. We’ll help you do that below!

The English Mastiff: A Chill Charmer

A massive molosser with jowls for days, the English mastiff is imposing in appearance but sweet in spirit.

Tipping the scales at up to 230 pounds or more and standing more than 30 inches at the shoulder, he’s no small fry. And your dog food bills will definitely reflect his gargantuan proportions!

Not only is he expensive to feed, but he can be pricey to groom professionally, though you can likely manage his short coat at home with bathing as needed. Just note that he is a heavy shedder, so invest in a good brush to tackle loose hair before it coats everything you own.

While he was prized in ancient times as a fierce guardian and war dog, and is often utilized today as a protection dog, the English mastiff is a lovable loaf with his family.

Due to his size and streaks of stubbornness, early socialization and obedience training is a must to keep him from becoming too much to handle.

He’s also sensitive, so make sure your training methods are positive and reinforce that he’s the bestest boy when he does a good job.

As with all giant breeds, joint and bone issues are common in English mastiffs, with hip and elbow dysplasia at the top of the list of concerns. His droopy eyes are also prone to problems, with entropion, progressive retinal atrophy, and cherry eye just some conditions to watch for.

The Great Dane: A Gentle Goofball

Despite his name, this regal giant actually hails from Germany, where he got his start hunting wild boar before becoming a valued protector of the homestead.

The Great Dane can stand up to 32 inches at the shoulder and weigh close to 200 pounds, making early and ongoing training and socialization musts to avoid him walking all over you. He’s happy to follow directions when taught, but once in a while he may decide to do his own thing, too.

A dog his size is expensive to support, with food, grooming, and vet bills high, especially if he suffers from any ailments.

And unfortunately, Danes are at a high risk for bloat (a potentially fatal condition that occurs when air becomes trapped in a dog’s digestive tract), though stomach tacking surgery can help to a degree. Heart problems, hip and elbow dysplasia, and eye disease are also prevalent in the breed.

Most notable with the Dane is his goofy spirit, which, paired with his size, can lead to some epic laughs around the house. Just make sure anything breakable is out of reach for him or that whip of a tail.

The Dane is quite playful, and he loves being with his people more than anything. Daily exercise in the form of walks or backyard play is a must for him, despite what the sometimes-couch potato might say.

The Best Families and Situations for a Daniff

The Daniff can thrive in plenty of home settings.

With his jumbo size, he’s a natural around the farm or on acreage and will appreciate having loads of room to stretch his long legs and put his big ‘ol sniffer to use. Patrolling a large, safe area such as a yard or pasture also flexes his protective instincts and gives him a job beyond looking handsome.

He can also live in a suburban setting or a roomy apartment, as long as he has plenty of daily exercise, like a long, leisurely walk or romp in the dog park. That said, these pups are a whole lotta doggo, so be sure you don’t mind living in close quarters with a colossal canine.

Family life is where it gets tricky, as the Daniff requires a family that treats him as a member. This means that he needs to be with his people, preferably lounging on the couch during game night or playing a round of fetch in the yard.

He is not a dog that can be left alone for long stretches, including stints outdoors, where his short coat does little to protect him against the elements. In other words, he can be a stage-five clinger of a canine.

The Daniff also needs pup parents who are dedicated, as he’s a gigantic dog that requires a lot of work. From early and ongoing training to scooping up pony-sized poops, there’s never a dull moment with a Daniff around.

Everything he does is done bigger, including puppy messes and mischief. It’s important to help guide him toward being the best doggo he can be through positive, consistent training.

On the flip side, there are some situations that are NOT ideal for Daniffs, including:

How Can You Find a Daniff?

As with any mixed breed, you may be able to find a Daniff in a shelter or rescue near you. This route will also mean you’ll most likely find a Daniff for far less money than you’d have to spend when seeking out a breeder.

If you specifically want a Daniff puppy from a breeder, you can search online for one.

Ideally, you want a breeder who performs health tests on both parents before breeding to avoid severe health issues like the ones we mentioned above. It’s also important to look for breeders who raise dogs in the home and not in an outdoor setting where socialization is tricky.

How to Pick a Good Dog Breeder

Need some more information about picking a compassionate and responsible dog breeder? We’ve got you covered!

Fourteen criteria to consider when choosing a dog breeder.

Similar Breeds and Breed Mixes to the Daniff

There are many hybrid breed dogs that are similar to the Daniff, including several mastiff mixes, like the American Bandogge and Mastador. You could also explore other Great Dane mixes, including the Boxdane, Great Bernard, and Great Wolfhound.

As for purebreds, the sky’s the limit, but among giant breeds most similar to the Daniff, there’s the boerboel, bullmastiff, cane corso, and Neapolitan mastiff. Like the Daniff, they’re big, jowly breeds and require an owner who’s ready to commit to a lifetime of positive training.

Have you ever met a Daniff? Do you have one at home? Let us know about them in the comments! 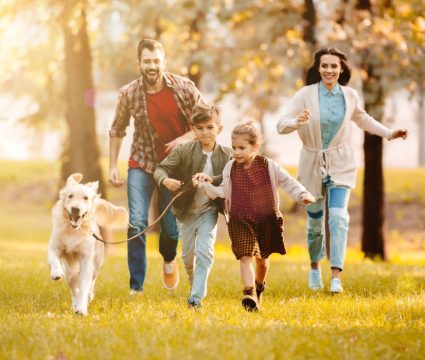