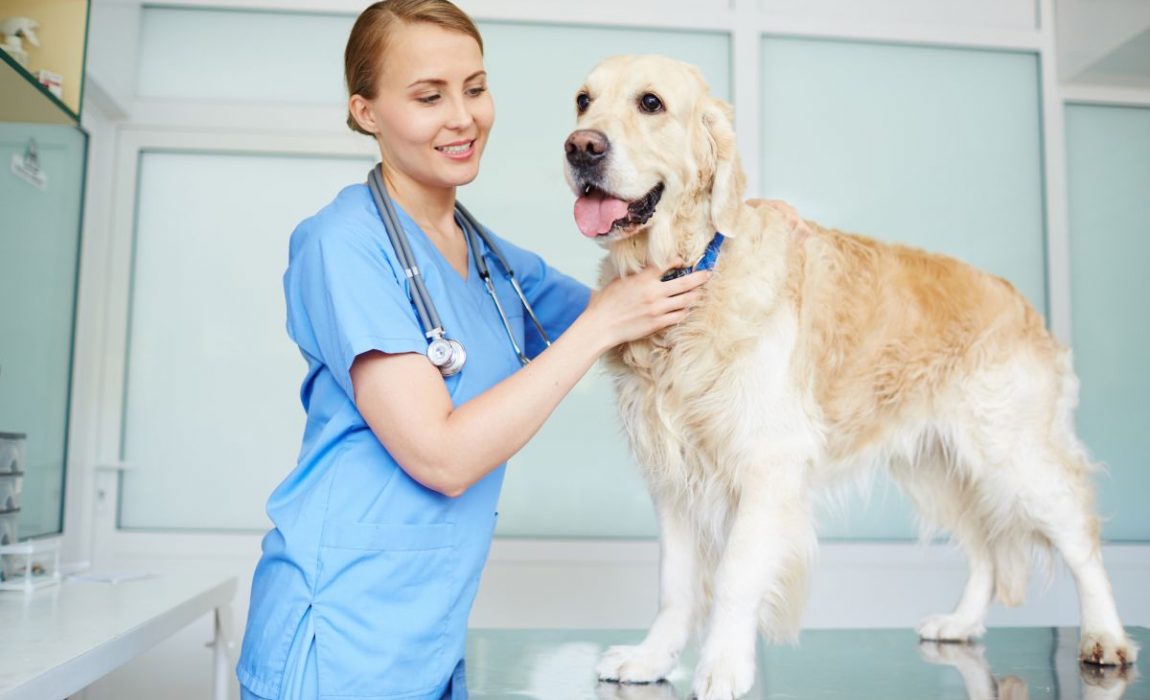 Heartburn, acid reflux, and ulcers are pretty common human ailments, but they can also occur in dogs too.

These types of health problems can make dogs feel miserable, so you’ll want to take your pooch to the vet if you see signs or symptoms of any of these issues.

Fortunately, there are a number of medications vets can prescribe dogs suffering from these kinds of digestive issues. Famotidine is one of the most common medications doctors prescribe in these situations, and it usually helps dogs feel better.

We’ll explain everything you need to know about famotidine below, including the way the medication works, the conditions it treats, and any potential side effects that you need to watch for.

Famotidine is a type of antihistamine medication. But unlike the Benadryl, Allegra, Zyrtec, Claritin, and other antihistamines that are used to treat allergic reactions, famotidine works on a different type of receptor.

While Benadryl and other antihistamines that are used to treat allergic reactions bind to receptors known as H1 receptors, famotidine and its chemical cousins bind with H2 receptors, located in the stomach.

By binding with these receptors, these medications reduce the amount of acid produced in the stomach. By extension, this also helps to prevent gastric acid from backing up into the esophagus.

They do not, however, appear to alter the pH of the stomach acid the way some other medications used to treat these conditions do.

Are There Any Alternatives to Famotidine?

The original H2 antagonist – cimetidine — was produced in the mid-60s. Once researchers discovered how effective cimetidine (typically sold under the brand name Tagamet) was, they set out to develop other, similar medications. These included:

Famotidine was first developed in 1979, and it has proven to be one of the more effective H2 antagonists on the market. In fact, research has shown that famotidine is nine times as effective as ranitidine at reducing stomach acid production, and 32(!) times more effective than cimetidine.

This means that it is generally the preferred choice for veterinarians (not to mention humans) who need an H2 antagonist.

What Are the Side Effects of Famotidine for Dogs?

According to VCA Animal Hospitals, a complete side-effect profile has yet to be established for famotidine. Accordingly, it is important to contact your vet if you note anything out-of-the-ordinary after you start treating your dog with the medication.

However, H2 antagonists don’t trigger very many side effects in humans, and they’re largely considered safe.

In fact, famotidine typically produces even fewer side effects in humans than many other H2 antagonists, which is why it’s often the first one doctors reach for when treating patients with ulcers or acid reflux. It’s also part of the reason it’s often the H2 antagonist of choice for vets.

Most dogs can safely tolerate famotidine, but there are a few health conditions and medications that can cause negative reactions.

For example, dogs who are suffering from liver or kidney problems may not be able to take famotidine safely. Similarly, some dogs simply appear to react poorly to H2 antagonists, meaning that they should be treated with another type of medication.

There are also a few reports of famotidine exacerbating heart-rhythm problems in patients who were already suffering from abnormal heart function. In such cases, vets will usually opt for another medication to treat acid reflux and similar conditions.

Famotidine doesn’t appear to react adversely with any other common medications, but because it reduces the amount of gastric acid produced, it can compromise the efficacy of some other medications.

For example, itraconazole, fluconazole, and ketoconazole all work best in the presence of plenty of stomach acid. This means dogs taking these medications may need to avoid taking famotidine or stagger their medications by several hours.

Famotidine Dosage Guide: How Much Famotidine Should You Give Your Dog?

Different veterinarians prescribe different famotidine dosages, so you should always follow your vet’s recommendations. Just because famotidine is generally considered safe doesn’t mean you want to give your dog excessive amounts.

Famotidine Without Vet Prescription: Can I Get It Myself?

Famotidine intended for human use is available over-the-counter at most grocery stores and pharmacies. It’s a very safe medication, so the FDA doesn’t put a lot of barriers between this medicine and the people who need it.

But famotidine isn’t FDA-approved for use in dogs. Vets who prescribe it are doing so in what is called “off-label” fashion.

The FDA usually gives vets wide latitude to administer drugs in off-label fashion, but you aren’t a vet, so you shouldn’t give your dog famotidine (or any other drug) without your vet’s consent.

Where to Buy Famotidine for Dogs

We think the Chewy.com is the best place to buy famotidine (and most medications) for your pet. Just note that you’ll need a prescription from your vet to do so. You can likely obtain the medication directly from your vet if you’d prefer.

Many owners will simply elect to buy famotidine from the nearest retail outlet, but this isn’t wise unless you’ve discussed it with your vet first.

Also, be sure to avoid purchasing famotidine or any other medication from disreputable sources. You may save a few bucks in the process, but you may also end up with tainted medications that cause serious illness.

Heartburn and similar health problems are pretty common in canines, but thanks to famotidine and similar medications, there’s no reason your dog has to suffer. Just discuss the issue with your vet and follow the advice he or she offers.

Have you ever given your dog famotidine? We’d love to hear about your experiences. Did it help your dog feel better? Did it trigger any serious side effects? Let us know in the comments below. 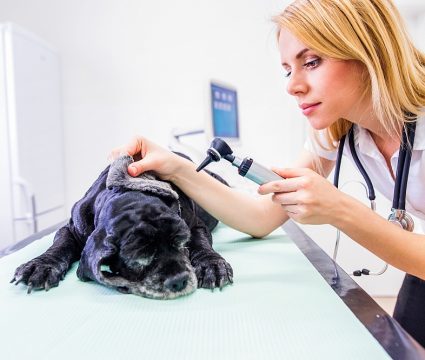 My 10lb Yorkie is showing signs of CT (collapsing trachea). Vet says it
is not necessary to treat her at this time. Is there an over the counter
med I can give her to control her cough? It happens mostly when she gets excited/ actively playing.

Hey there, Maur. I’m not aware of anything over-the-counter that’d help your pooch, but double-check with your vet to be sure.
Best of luck!