Can I Give My Dog Claritin? 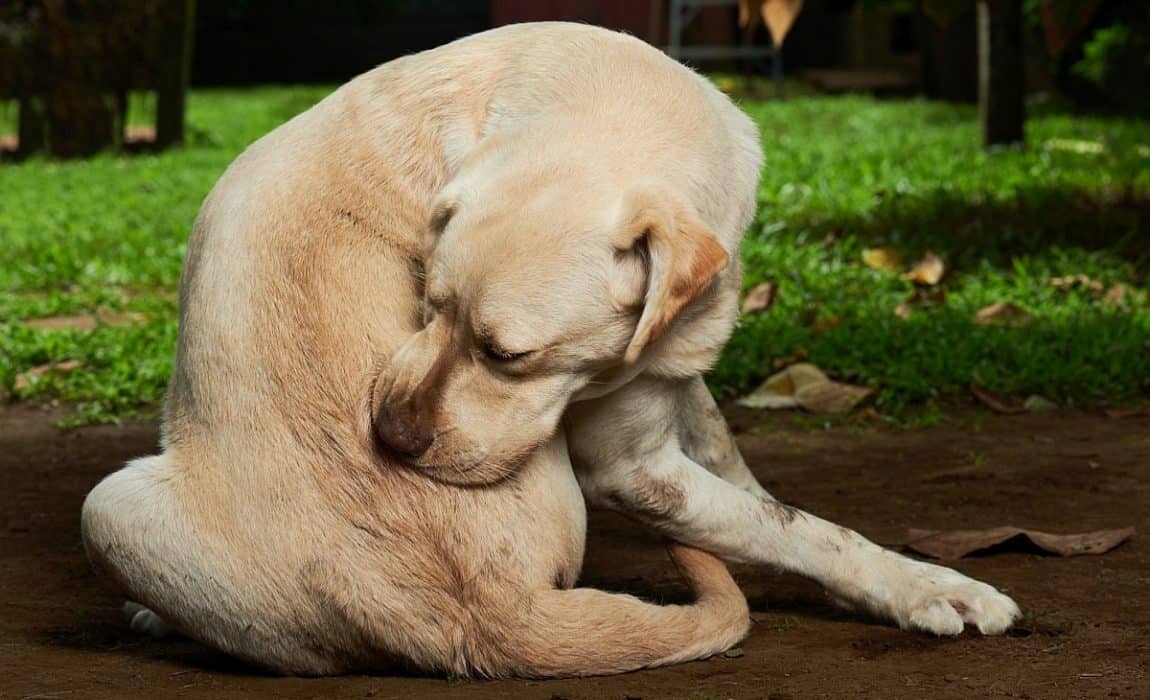 A number of different substances can cause dogs to suffer allergic reactions. And although dogs tend to get itchy skin rather than red eyes and runny noses, allergies are just as maddening for them as they are for us.

Some dogs are allergic to things in their diet, but the majority of allergies result from pollen, dander, smoke or other things in the environment. And while dietary allergies can often be eliminated by switching foods, it is rarely possible to shield your dog from environmental triggers.

Accordingly, most vets and owners must settle for treating the symptoms caused by the offending substance, rather than directly preventing the allergic reaction itself.

Fortunately, there are a number of medications – including loratadine (brand name Claritin) – that can provide relief to dogs suffering from allergies.

But before you go rummaging through your medicine cabinet, you’ll want to contact your vet and solicit his or her approval first. Also, it is important to familiarize yourself with the facts about Claritin, as well as the basics of allergic reactions.

We’ll help you do exactly that below.

Key Takeaways: Can I Give My Dog Claritin?

How Do Allergic Reactions Work?

Allergic reactions occur when your dog’s immune system overreacts to a normally harmless substance called an allergen. To help fight off the perceived invader, the body releases histamines, which can cause symptoms such as swelling, redness, and itchiness.

A variety of medications may help treat the symptoms caused by allergic reactions, but antihistamines – medicines that block the release of histamines – are typically the first tools veterinarians try to use. Benadryl and Claritin are two of the most popular antihistamines, and both are available without a prescription. Other common medicines used to treat allergies include steroids and immunosuppressants, which we’ll also discuss in a moment.

Note that while most typical environmental allergies cause relatively minor symptoms, allergic reactions can occasionally be life-threatening. If you ever notice swelling of your dog’s mouth or throat, or your dog appears to be having trouble breathing, seek immediate veterinary assistance.

What Is Loratadine (Claritin)?

First sold in 1993, loratadine is a highly effective antihistamine that was initially used to treat allergic reactions in humans. Veterinarians soon began using it to treat dogs and found it to be effective and relatively safe.

Claritin is used to treat symptoms like runny noses and hives in humans, but it is primarily used to address itchy skin in dogs. It is not, however, appropriate for emergency use, such as during a life-threatening allergic reaction.

Claritin can also be used to treat several other health conditions, including:

Only your veterinarian can determine the proper Claritin dosage for your pet, but the typical dosage is as follows:

Note that Claritin is often formulated in conjunction with other medications. For example, some versions (Claritin D) are made with pseudoephedrine – a decongestant that often helps alleviate stuffy noses. Pseudoephedrine can be extremely toxic to dogs, so you’ll want to be careful to avoid such formulations. Claritin also comes in a quick-dissolve form, but that may contain xylitol, which is very poisonous for your dog.

Standard Claritin tablets contain 10 milligrams of loratadine, so you’ll need to break them in half when treating small dogs or switch to the children’s formula, which contains 2.5 milligrams of Loratadine per tablet. You may also need to use peanut butter, pill pockets or some other trick to get your dog to take the tablets, as they are a bit bitter.

Claritin Side Effects and Contraindications

Claritin doesn’t cause many negative side effects, but some dogs may experience one or more of the following:

Additionally, while it isn’t clear if these side effects can occur in dogs, some people complain of headaches, hyperactivity, depression, dry eyes or rapid heart rates after taking Claritin.

Contact your vet if you notice your pet displaying any of these symptoms. They typically aren’t very serious, but your vet may be able to adjust the dosage or prescribe other medications to help alleviate these side effects. For example, some dog-safe eye drops can help with the dry eyes issue. Claritin may cause drowsiness when administered along with some antibiotics and antifungal medications, so be sure that your vet knows about all of the medicines your dog is taking.

Claritin is largely considered safe, but its use requires caution in some cases. For example, it should be used carefully in dogs who’re already suffering from urinary retention, some types of glaucoma, or gastrointestinal obstructions.

Also, it hasn’t been well-studied in pregnant or lactating animals, so be sure to check with your vet before administering it to reproductively active females. Similarly, your vet may not recommend giving the medication to young puppies.

Claritin is very helpful for treating dogs with allergies, but it isn’t the only game in town. Some dogs respond better to other treatment strategies, including the following:

There are a number of other antihistamines, such as , that may provide your pup with relief if your dog won’t stop itching, so your vet may recommend switching things up if Claritin doesn’t have the intended effect.

Dogs exhibit varying reactions to different antihistamines, so a bit of trial-and-error is often necessary to find the best one.

Corticosteroids are often the most effective medications for treating allergic reactions, but they can cause serious health problems when used on a long-term basis. Accordingly, they’re most commonly used to treat short-term environmental allergies.

For example, dogs allergic to tree pollen will typically only need treatment for a month or two each year. Such dogs are better candidates for these treatments than those who are allergic to substances like dander or smoke, which are present all year long.

Omega-3 fatty acids reduce inflammation, and they often help resolve skin and coat issues. You can find commercial foods that are rich in omega-3 fatty acids or you can use a standalone fish oil supplement to increase the amount in your dog’s diet.

Sensitivity treatments involve a series of injections that contain a minute quantity of an allergic trigger.

By exposing your dog’s body to tiny amounts of an allergen, his body will often adjust and stop viewing the allergen as a dangerous substance. However, sensitivity treatments are a bit hit-or-miss, and they don’t always work.

Cyclosporine is often very effective, but it can cause vomiting and reduce your dog’s appetite. It is also an expensive treatment, especially for large dogs.

Have you used Claritin to treat your dog’s itchy skin? How did it work out? Did your pup suffer from any side effects? Let us know about your experiences in the comments below. 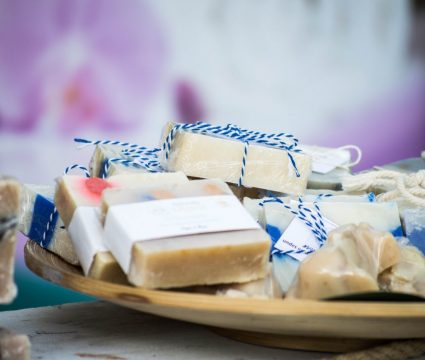 What an article. It basically goes from “it’s perfectly safe” to “oh, but this variation will kill your dog.” Why even publish this article, really.

It’s almost like manufacturers produce formulations containing different ingredients, and owners should note those differences before selecting one.
Sorry we lost you with this kind of super-complicated subject matter.
Thanks for reading!

My chocolate lab had an allergy to leaf mold and it would give her itchy ears as she loved playing in the leaves in the Fall. A couple of times before I realized what was going on, her allergy turned into an awful yeasty/bacterial infection. I learned that if she started shaking her head or scratching her ears, to give her a claritin. She realized that the claritin made her ears stop itching so all I had to do was tell her to come get a claritin for her itchy ears. She would willingly take the pill out of my hand. She wouldn’t do that with a benardryl though. I also made sure to look at her ears daily and to use an ear wash on them if they started to look pink and feel warm. She hated the ear wash though.

Hi Ben, I enjoyed reading some of your articles regarding allergies in dogs. I live in Phoenix and have a pit mix that has different reactions with each type of food I’ve tried and I’m a bit lost on what to believe is best.
I read your WHAT CAN YOU FEED A DOG WITH ALLERGIES? HYPOALLERGENIC DOG FOOD + HOW TO TREAT CANINE ALLERGIES article and it lists almost every common protein to avoid but then at the bottom it lists recommended dog foods which contain the ingredients you said to avoid. Is this a paid in web site?
Currently she’s on lamb and rice and is biting and scratching. Before that I tired salmon limited ingredient and she was shedding in clumps and licking her paws.
Do you have any recommendations for a all white pit mix, 1.5yrs old ?
Thank you.