The Pros & Cons of Spaying and Neutering: To Snip or Not to Snip? 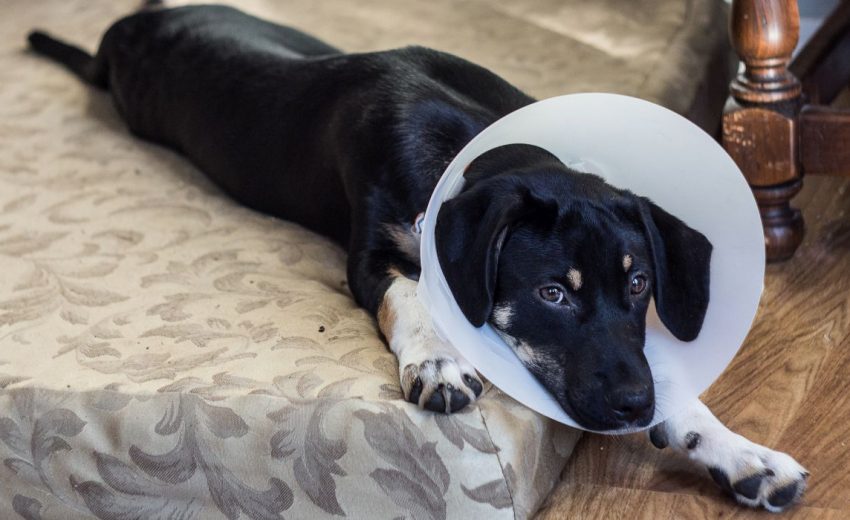 Most dog owners today choose to spay or neuter their pets. And while these are routine procedures with millions performed annually, it isn’t a decision to take lightly.

Also called altering, fixing, or desexing, spaying and neutering procedures will affect your dog in many ways, with several pros and cons to consider.

We aren’t pushing you one way or the other, rather we’re hoping to give you insight on the procedure itself so you and your vet can make the best decision for your fur friend.

We’ll discuss the pros and cons and much more about altering your dog below!

The Pros & Cons of Spaying and Neutering: Key Takeaways

What Are Spaying and Neutering?

Often incorrectly used interchangeably, spaying and neutering are different procedures, though both lead to sterilization. In other words, these surgeries are forms of permanent dog birth control.

Spaying is performed on female dogs. Also called an ovariohysterectomy, this procedure removes your dog’s uterus and ovaries.

Less commonly, some vets perform a procedure called an ovariectomy, in which only the ovaries are removed. The reasons for one procedure versus the other vary, though the ovariectomy is thought to be less traumatic, as it requires a smaller incision and fewer sutures, leading to a faster healing time.

Neutering or castration is a procedure performed on male dogs where the testicles are completely removed. Neutering greatly reduces the amount of testosterone in your male dog’s body, which can impact his growth and behavior.

Compared to spaying, neutering is far less invasive and has a shorter recovery window.

How Many Dogs Are Spayed or Neutered?

It’s difficult to pinpoint the exact amount of dogs who’ve been sterilized, but the AKC estimates that approximately 80% of dogs in the U.S. are altered.

Worldwide, the numbers are harder to gauge. Percentages vary, but New Zealand boasts a 78% altered rate, while the UK (57%) and Ireland (47%) have lower sterilization rates.

Figures are even harder to come by in areas where studies are not regularly performed, such as Africa, Asia, South America, and Eastern Europe. Based on the high amount of street dogs in some of these locations, it’s safe to say spay and neuter rates likely aren’t as high.

Worldwide, chemical sterilization is far more common than it is in the United States. This is due to a number of reasons, including the attitudes toward pet surgeries vastly differing between nations and the U.S’s complicated regulations surrounding dog contraceptives.

Is Spaying or Neutering Always a Good Idea?

In short, no. Like any procedure, altering is not a good fit for every canine. It may be that the owner plans to breed the dog, or the dog might have medical conditions — like hemophilia — that make surgery too risky.

That said, you have some important questions to ask yourself and discuss with your vet if you’re on the fence about altering your pup:

When Is the Best Time to Spay or Neuter a Dog?

Altering at the right age can save your dog from health issues or complications down the road. This window varies significantly by breed, so it’s important to discuss this with your veterinarian ASAP.

Recommendations differ by expert, too, with some veterinarians advising that clients desex their dog before a female’s first heat (around 5 months of age) while others opt to wait. Meanwhile, animal shelters may routinely alter puppies as early as 8 weeks.

Altering your dog too early risks serious health concerns later in life, including:

But there are also things to consider when thinking about having a mature dog spayed or neutered.

For example, the rates of hemangiosarcoma were four times higher in dogs spayed at a late stage of life relative to those who remained unaltered, according to a 2013 study of golden retrievers, published in PLOS ONE.

Additionally, some vets feel that spaying and neutering a dog later in life is harder on the dog’s body and leads to longer recovery times.

The Pros of Spaying or Neutering a Dog

Altering your pup offers several benefits to consider. Some are more concrete than others, but all deserve consideration, including:

The Cons of Spaying or Neutering a Dog

While many benefits of altering exist, there are some less desirable ramifications and risks to the surgery too. These vary from the obvious to some that may surprise you, including:

Alternatives to Spaying and Neutering a Dog

If you choose not to alter your dog or can’t because of an underlying health condition, there are several methods you can use to prevent an oops litter and harmoniously house your intact canine, including:

There are various pills, injections, and implants available that can sterilize your dog. Some injections even offer permanent sterility for male dogs. Like desexing surgeries, these have their share of risks, including various cancers, hormone imbalances, and weight gain.

To avoid surgeries and medications, you could use clothing or equipment to prevent mating, like this chastity device that looks like it’s straight out of 50 Shades of Woof.

It also features a nifty built-in pad holder, which will help contain the mess of your pup’s heat cycle. You could also fashion a similar device out of a pair of human undies and pants or slip a dog belly band on your male, though like the chastity device, these aren’t always accident-proof.

The most foolproof way of preventing pregnancy without opting for sterilization would be isolating your female dog when she’s in heat. This means you’ll need to keep her completely separate from any intact males.

This isn’t always easy (especially motivated males may break through doors or windows), so having your males take a mini vacation to a friend’s house while your female is in heat is ideal.

Is your doggo altered? Intact? Do you have any tips or tricks for sterilization recovery or living with an intact canine? Let us know in the comments! 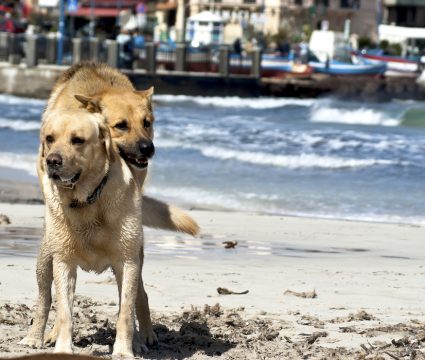 Birth Control for Dogs: How Does it Work?

There is NO chance of prefnancy so not a concern

Hey there, Lady Cat.
Most of the pros and cons discussed above will apply to any dog, and you’re right — both approaches entail their own health risks.
We’d recommend simply speaking with your vet and coming to a decision together.
Best of luck!