Short Haired German Shepherds: Everything You Need to Know 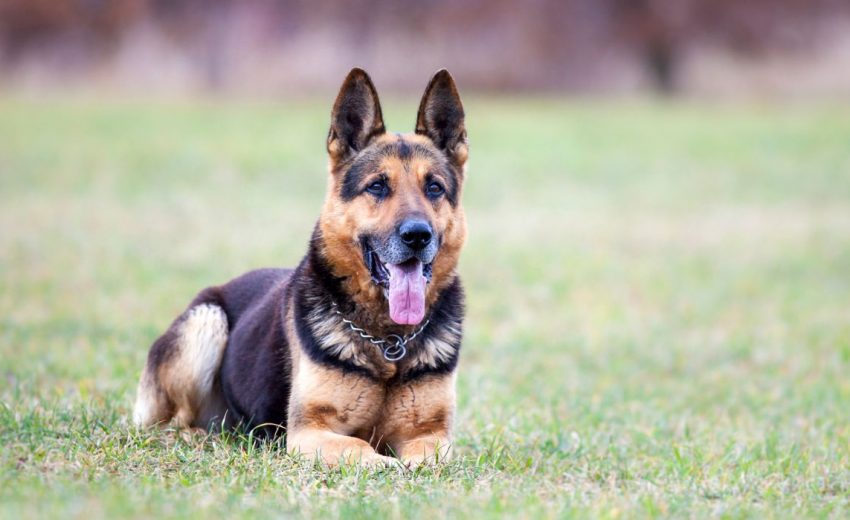 What the hairball, right?

Below, we’ll dive deep into this fur fiasco and discuss everything you need to know about the short-coated German shepherd.

What Is a Short-Haired German Shepherd?

A short-haired German shepherd is just another term for a standard German shepherd dog (GSD). This is the coat length you’re most likely to picture when you think of a GSD. They’re sometimes referred to as “short-haired” by some pup parents because their coat is short compared to long-coat varieties of the breed.

Short-coat or “normal” German shepherd coats are caused by a dominant gene, while the long-coated gene is recessive. Long-haired shepherds also occur, but both the AKC breed standard and UKC standard call for one coat length as we mentioned: medium.

What’s the Difference Between a Short- and Long-Haired German Shepherd?

The major difference between the variation in these two types of shepherd is obviously the coat length. A standard German shepherd has a thick, medium-length coat that may appear slightly longer around the neck and rear legs.

Meanwhile, a long-haired German shepherd’s hair hangs or flows unnaturally from the body and may appear wooly or wavy in texture. There may also be a difference in the undercoat which we’ll discuss later on.

Are There Any Personality or Health Differences Between Short- and Long-Haired GSDs?

This is a point of contention in many breeds with differing looks, including Chihuahuas (who can be short or long coated) and Labs, who come in three colors. Many owners insist there are behavioral differences between types, while others disagree. Let’s dig in.

Generally speaking, appearance has little weight on personality. A German shepherd is a German shepherd. They are large, athletic dogs who love human interaction and thrive when faced with challenges.

Some owners claim that long-coated German shepherds are better family dog breeds than typical shepherds, though this isn’t proven scientifically or even agreed upon across the long-coated shepherd community.

Any differences in personality are likely due to a dog’s upbringing or family tree. Dogs from working lines are usually more active with a strong drive compared to show stock. These working lines are almost exclusively typical GSDs or “short-coated shepherds” as their coats work best for life on the farm or go.

As with personality, there are few health differences noted between the short-coated and long-coated shepherds.

Any potential health differences between the two can likely be attributed to the coat length. For example, the long-coated variety may be at greater risk of developing hot spots in wet weather. Also, and somewhat counterintuitively, long-coated shepherds are sometimes more susceptible to hypothermia, since they sometimes lack an insulating undercoat.

While we’re talking about health issues, it is a good time to note the importance of health screenings among breeders. All dedicated GSD breeders (as well as those working with any other breed) should screen their breeding stock for common health concerns of the breed.

So, always make sure your puppy’s breeder screens for common health issues in the breed, including hip dysplasia, elbow dysplasia, and temperament issues.

Are Short-Haired GSDs Allowed to Compete or Be Registered?

Yes. Short-haired shepherds are the standard German shepherd and can compete and be registered without issue as long as the hair isn’t unnaturally short. Certain colors can lead to issues, however. For example, pale, blue, and liver colors are considered faults, and white is a disqualifying color.

On the other hand, long-haired German shepherds do not meet the breed standard since a long coat is considered a fault. These dogs cannot compete in a show ring.

No — short-haired GSDs are not rare. In fact, short-coated German shepherds are more common than those with long coats. As we discussed, the gene responsible for long hair is recessive, whereas the standard “short-coat” gene is dominant, and traits associated with dominant genes tend to be more common in most gene pools.

Additionally, since long-coated GSDs are seen as going against the breed standard, most breeders avoid producing them, or they choose to sell them on a pet-only contract. The point behind this is line of thinking is that every generation of puppy should strive to reach the breed standard. So, they try not to participate in the production of individual dogs who don’t meet the established standards of the breed.

But on the other hand, because of the rarity of the long-coat gene, some breeders deliberately produce them and charge a premium for these long-haired doggos. It’s important, however, to note you’re simply paying for a look in these cases rather than a superior dog. Also, note that those who opt to breed long-coated shepherds may not always have the same goals as traditional GSD breeders.

Do All GSDs have Double Coats?

Per both the AKC’s and UKC’s standards, a double coat is required in all German shepherd dogs. The outer coat should be dense and straight, resting close to your dog’s body rather than fluffing out excessively as seen in other super-furry breeds like Samoyeds. Instead, a GSD’s undercoat should be shorter and thick, covering his entire body.

Now, while the standard calls for a double coat, the undercoat is sometimes lacking in long-haired GSDs. On the surface, this may not appear to be a big deal, but in colder climates, an undercoat is vital in insulating your dog from the elements, so these long-haired pups may actually have a tougher time staying warm.

Because the vast majority of short-haired shepherds have an undercoat, they shed more than longer-coated pups who lack one. They also require more brushing around shedding season to remove any loose undercoat. The same is true of long-haired GSDs with an undercoat.

Grooming a Short-Haired GSD: What Do You Need to Do?

The German shepherd dog has a dense coat that sheds regularly. Weekly brushing is recommended to maintain his handsome looks and cut down on tumbleweeds around the house. Brushing should increase during heavy shedding periods, such as when seasons change.

In addition to regular brushing, keep your GSD’s nails trimmed. Nails that are too long are not only at risk of breaks, but they also affect your dog’s gait and can lead to serious foot pain. Starting nail trims early in puppyhood is recommended to teach your pup that it’s nothing to fear. You can purchase a nail clipper or grinding tool with a guard if you’re nervous, but you can also schedule trims with your groomer or vet.

Bathing should only be done as needed to avoid drying out your GSD’s coat. Regular tooth brushing and ear cleaning are also musts to keep him in tip-top shape, as is a good flea prevention program.

Need to groom your German shepherd but don’t know where to start?

Check out our essential guide to grooming tools and supplies!

As with any breed, the German shepherd makes an excellent companion, as long as he’s matched with the right family. He has his own set of needs that work better in some families than others, as he’s a large dog that can be somewhat demanding.

The GSD is a working dog at heart, and he needs a job and regular exercise to satisfy his physical and mental needs. If you’re a jogger or hiker, the GSD is a top-notch pick as a dog breed for running, keeping you company as you put in miles. He’s also well-suited for farms or with families that keep him busy with daily backyard play and walks.

Unfortunately he’s not a good breed for less active owners, who may find him overwhelming. And his high activity level means he’s not a good dog for apartment life, either.

The breed is intelligent and eager to please, which works well in training sessions, though he can get impatient if you repeat the same activity too many times in a row. Reward-based training works best for him, and if started early, he’ll truly thrive in many activities, including obedience, agility, and Schutzhund.

Just note that ongoing socialization is critical with humans and other animals to help shape him into a well-rounded fur friend. Poorly socialized GSDs can be challenging, if not outright dangerous.

Shepherds are well-known “Velcro dogs,” who prefer being with their families most of the time. Separation anxiety can be an issue, however, especially if he’s left alone for long periods. In these cases, a dog walker or doggy daycare are recommended to keep him happy and out of trouble.

Do you have a so-called short-coated German shepherd at home? Tell us about ‘em in the comments! 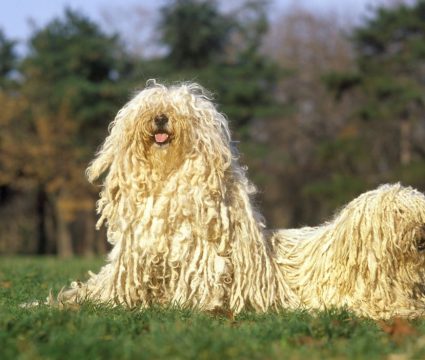