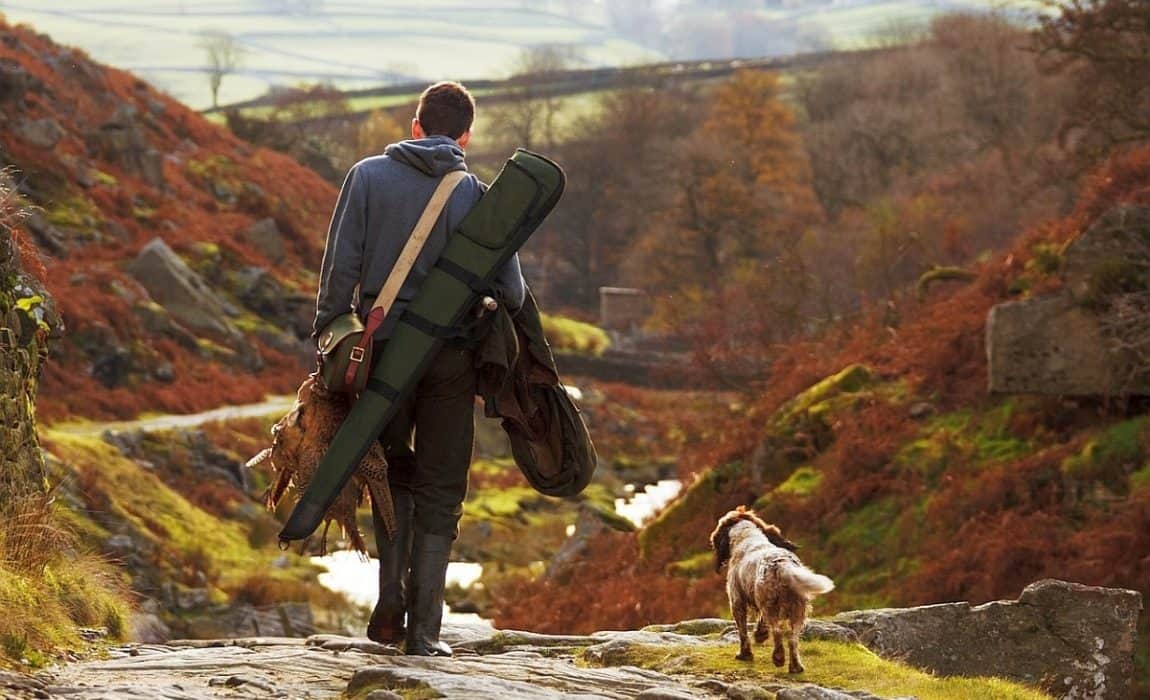 Dogs obviously make wonderful companions, but pet-keeping is a relatively recent convention. For most of human history, dogs were primarily kept around for the services they provided.

Some dogs made effective deterrents against predators and threatening humans, while others were adept at shepherding livestock.

Some were well-suited for controlling rodent populations, and others were good at finding hidden and delicious morsels on the forest floor.

And, as you’ve probably guessed from the title, some proved to be very helpful for finding and flushing birds – not to mention retrieving the downed birds for their human companion. Below, we’ll look at a few of the best bird-hunting breeds and explain what it is that makes them so well-suited for the task.

Although there’s plenty of crossover, and some dogs excel at both, most dogs fall into one of two bird-hunting categories:

Upland bird hunters target quail, doves, pheasants and other birds that inhabit forests or (more commonly) fields. Hunters typically pursue their prey on foot and rely on their dogs to find hiding birds, lurking in the tall grass and shrubs.

Often, the dogs are taught to “point” when they find a hiding bird, by staring directly at it and extending the tail backward (one leg may be raised too).

This allows the hunter to anticipate the bird’s probable flight path, and then give the “flush” command if necessary (sometimes, the bird will flee on its own). This basically requires the dog to leap into the vegetation and scare the bird, so it flies away.

From this point, the hunter will take aim and fire. The dogs are usually trained to watch for plummeting birds and to retrieve them on command. Accordingly, upland bird-hunting dogs not only help the hunters find their quarry, but they help reduce the amount of walking the hunter has to do as well.

Upland bird-hunting dogs must be athletic, have a great sense of smell and be easy to train. Many will also have fluffy or shaggy coats, which help provide some protection from thorns and prickles.

Hunters working wetland and aquatic habitats are typically focusing on ducks, geese or other waterfowl. Hunters don’t pursue these birds on foot; instead, they hide and try to ambush the birds near the water.

Accordingly, wetland (or lowland) bird hunting dogs don’t have to learn to find or flush hiding birds. They only need to wait in the boat or blind for their human to down a passing bird. But – and here’s the tough part – the dog must then watch the bird fall from the sky, note the location and then jump into the water to fetch and retrieve it.

Note that duck hunting is a winter activity, and the water is often extremely cold. Accordingly, most dogs bred for duck- or goose-hunting have relatively thick builds, thick double coats, and adaptations that enable them to swim well, such as webbed feet.

The following ten breeds are among the best bird-hunting dogs to join you in the field. Some are best suited for upland bird hunting, while others are more at home down by the water. Many of them also make great family pets, although most have very high exercise requirements.

Labrador Retrievers are well-rounded and wonderful dogs, who excel at everything from search-and-rescue work to tracking to Frisbee-style disc games. But while they possess the flexibility and intelligence to learn to perform a variety of different tasks, modern Labs were developed specifically for retrieving waterfowl. And it is here that they truly shine.

Labs are great swimmers with thick double-coats, webbed toes and a rudder-like tail, so they are natural fits for duck hunting. But, they can and will retrieve game (or virtually anything small enough for them to carry) on dry ground too. Labs have a “soft mouth,” which means that they instinctually grip downed birds gently to avoid harming the carcass.

Quite similar to the Labrador Retriever in many ways, the Golden Retriever is also a capable bird dog, despite the fact that most are probably kept as pets, rather than working dogs, in the modern world. Famous for their pleasant and loving temperaments, Goldens are quite intelligent, which makes training them a breeze.

Golden Retrievers have relatively high energy levels (though not quite as high as some of the other bird-hunting breeds), and they are happiest when they have a job to do. They are additionally sensitive and loving pups, who make great companions for families and kids.

Sometimes simply called pointers, English Pointers (who actually originated in Spain) are widely regarded as the best upland bird dog. Bred to excel in a variety of specific tasks, English Pointers have excellent noses, sharp minds, and the endurance to remain in the field all day long.

Although early Pointers often had temperament problems, modern Pointers are friendly and energetic pups, who make great pets for families who can provide the exercise these high-energy dogs need. Just understand that they are very social dogs, who don’t like being separated from their families.

Formerly known as the Brittany Spaniel, these well-rounded and good-natured pups excel at pointing and flushing. Smart, friendly and easy to train, Brittanys are sensitive dogs who like to work closely with their owners. Brittanys have an incredible prey drive and desire to work, so they must be given plenty of stimulation and the chance to exercise every day.

Because they are relatively small – most weigh about 30 to 40 pounds – and they are great with children, they make very good family pets. But, if you do not plan to hunt regularly with your dog, you’ll need to find some other activity to keep him occupied, tired and happy, such as disc dog or agility trials.

Originally developed as a flushing breed, the Springer Spaniel (who’s sometimes called an English springer Spaniel), is a gentle, happy-go-lucky breed, who has a well-developed prey drive and a sharp mind, which makes them easy to train.

They’re a medium-sized hunting dog, who typically weighs about 40 to 60 pounds.

Note that, as occurs in many other hunting breeds, Springer Spaniels dogs have been segregated into two groups for decades.

Springer Spaniels from “field” lines are bred to hunt birds, while “show” breeds are bred for appearance, gentle temperaments, and lower energy levels.

Originally developed in South Carolina, the Boykin Spaniel is one of the most prized flushing dogs available to hunters, but they are also well-suited for family life.

They have incredibly expressive, often comical, faces, and a sensitive nature, which belies their impressive work drive and tenacity. They make fantastic pets for families, but they are a bit skittish around strangers, so be sure to socialize them early and often.

Boykins are pretty small dogs, who weigh about 30 to 40 pounds. They are adept at several different types of hunting, and they are well suited for hunters working upland areas or wetlands.

If you’re looking for a goofy and personable gun dog, who’s gentle with your kids and unstoppable in the field, it is hard to go wrong with the Irish Setter. Most Irish Setters greet strangers like friends they’ve yet to meet, and they also get along well with other dogs – they love everybody.

Covered in a shaggy, reddish-brown to maroon coat, Irish Setters are head-turners, who are loved as much for their beauty as their hunting skills. Like many other hunting dogs, Irish setters are bred for show or for fieldwork. However, unlike some other hunting breeds, the primary differences between the two types of Irish setter are cosmetic.

Full of love, enthusiasm, and energy and covered in a very attractive multi-colored coat, German Shorthaired Pointers were developed to excel at hunting a variety of different animals. This includes both upland birds and waterfowl, as they love running and searching, as well as jumping in the water for a swim.

German Shorthaired Pointers are great family dogs for those who can provide them with enough exercise, as these smart and driven pups can become destructive if under stimulated. They’re also pretty tidy for such rough-and-tumble rovers, as they neither drool nor shed very much and are usually easy to housetrain.

Another Lab-like breed, the Curly-Coated Retriever is a skilled and dedicated hunting dog, who is ready to retrieve ducks all day. Essentially resembling Labs with (…wait for it…) curly coats, these retrievers are very similar to their more popular cousins, although they may be even more loving and gentle – if such a thing is possible. However, they can be a bit nervous around strangers, so socialization is important.

Curly Coated Retrievers are great companions, but like most other hunting breeds, you have to keep them busy to prevent destructive behaviors from developing. Even though they aren’t bad shedders, they aren’t a great choice for allergy sufferers, as they have rich, oily coats that can trigger watering eyes and sniffles.

In the modern world, Cocker Spaniels have become much more popular as pets than bird dogs, but they still excel in the field if well-trained from a young age. Named for their skill at hunting woodcocks, Cocker Spaniels are full of energy, smart and very easy to train.

Cocker Spaniels are the smallest members of the AKC sporting group, and most weigh less than 30 pounds. This helps them to adapt to apartment life in ways few other Spaniels can. They do have a very long, luxurious and high-maintenance coat, so you’ll have to commit to having them groomed regularly to ensure they look and feel their best.

Lists like these typically lead to controversy and conflicting opinions, but that’s part of the fun. Let us know what we got wrong, which breeds deserved a spot and which ones didn’t in the comments below!

Want more info on hunting dogs? Be sure to also read our articles on: 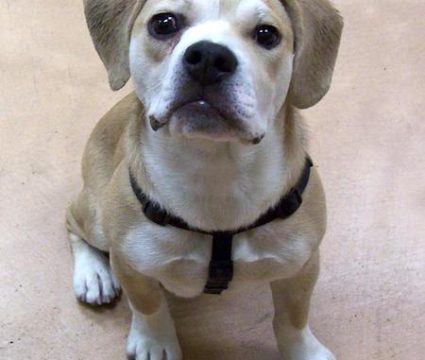 Hunting dog called the toller, used in the Maritimes or Nova Scotia along the ocean shoreline to lure ducks closer to land in range to be shot.

You left out the Llewellin setter.

I love this place and all the resources that you share here. thank you so much for this good idea

Glad to be of help, Sabina! Thanks for reading, and be sure to tell your dog-loving friends all about us!

I just wanted to say that I was a bit disappointed with your top 10 hunting breed list. The Spinone Italiano should have been included. Known as the versatile hunting dog, they track, point, flush and retrieve their prey. In antiquity, they were known to hunt deer, and sniff out truffles. In present day, they are commonly used for bird hunts. With the threat of WWII, they nearly became extinct, and though they are no longer a ‘rare’ breed since they are popular hunt dog in Europe and the UK, they are silently thriving in the U.S., and were accepted into AKC in 2000. Please reconsider revising or adding a new list to your bird hunting dogs. Thank you.