12 Types of Dog Ears: From Pointy to Flappy! 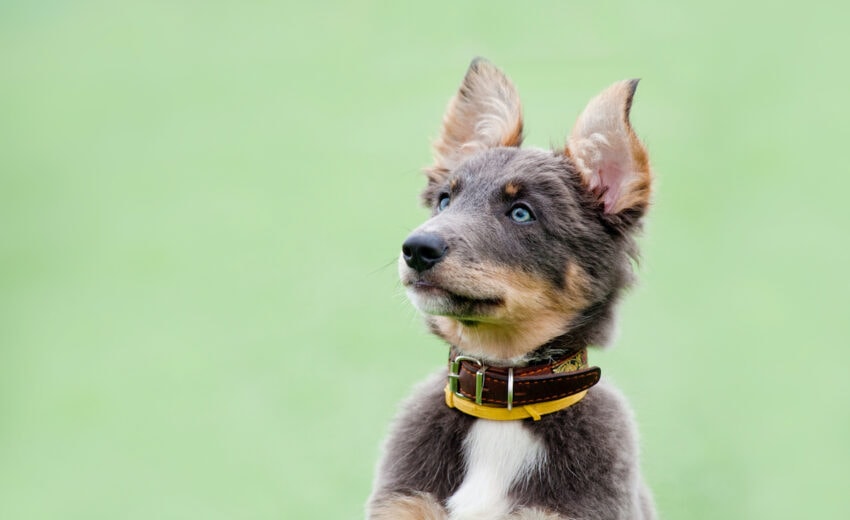 Most dog lovers are aware of the many wonderful canine breeds, as well as the quirks and characteristics that come with them — including all the different shapes and sizes of their ears!

Today, we’re going to look at the anatomy of the canine ear, examine a number of different types of ears and how to care for them. We’ll also discuss the controversial practice of ear cropping.

There is no big biology lesson here, don’t worry! We’ll try to keep things simple, but we have to discuss a bit about the structure of dog ears.

You may already be familiar with the ear anatomy of dogs, but just in case you aren’t, here’s a few of their key features:

All dog ears share the characteristics mentioned above, but dog ears still differ in numerous ways. We’ll talk about some of the most common ear types and shapes below.

The 12 Different Types of Dog Ears

Below, we’ll dive in and take a look at 12 different kinds of canine ears. If you’ve spotted a different type or we’ve missed your favourite one,  let us know in the comments!

Prick ears are also known as “erect” ears, as they stand fully upright. They tend to appear pointed, and give dogs an alert appearance. They are most commonly found in cold weather breeds such as the Siberian husky or the Alaskan malamute.

Prick ears are similar to the ancestral ear shape wolves have, so they’re pretty common. In addition to huskies and malamutes, they’re also found in terrier breeds like the Cairn or the West Highland, as well as various terrier mixes. You may also spot them on a Podengo.

The candle flame ear is a shape exclusive to the English toy terrier. In terms of shape, they are pretty similar to prick ears. However, candle flame ears curve slightly inward at the base and feature small indents on the outer edge (similar to that of a flame).

The candle flame ear is also named for its color though, as it has lighter colored fur on the inside, much like a candle flame!

In fact, these ears look pretty similar to prick ears, but they have one key difference: Like the prick ear, the blunt-tipped ear is upright, but instead of a sharp point, it features a smooth curve at the apex.

Not dissimilar from the prick or blunt-tipped ear, bat ears are upright, and they angle outward a bit, causing them to extend beyond the sides of the face. This makes them look somewhat like bat wings.

Bat ears are often larger in proportion to the dog’s head than the ears of some other dogs. This not only gives these dogs great hearing, but it also means they can cool off a bit more quickly when hot.

Look no further than Her Majesty’s Corgis for the most regal example of a bat ear. Some corgi mixes may also sport bat ears.

A variant of the prick ear, the hooded ear curves inwards slightly. Imagine someone wearing a hoodie — the fabric on either side of the wearer’s face is exactly how this ear is shaped!

Hooded ears aren’t terribly common, but for a visual example, check out the basenji (pictured above) — a dog breed famous for not barking very much at all.

Neither pendant nor erect, the cocked ear is an upright ear with a slight bend in the top of the pinna. Also called semi-erect ears, dogs with these kinds of ears have exposed ear canals (unlike dogs with button ears, which we’ll cover next).

Border collies are the prime example of a cocked-ear breed, but these cute ears can also be seen in some border collie mixes, pit bull type dogs and a few other breeds.

Like pricked ears, cocked ears are great for dogs who need to remain alert and listen for soft sounds.

The base of a button ear is erect, but the pinna folds over, much like it does in cocked ears. However, you can distinguish them from cocked ears by noting the extent of folding — button ears usually have enough of a fold to cover the ear canal.

The name for these cute-as-a-button ears was derived from the flap of a pocket on a button down shirt. The best examples of a button ear are on the Jack Russell terrier or the fox terrier.

Also known as lop or pendant ears, drop ears hang down from the head instead of being upright at the base. Drop ears come in a large range of shapes and sizes, but the ultimate example can be found  on our friend the basset hound!

Because these ears are so long, they can get in the way a bit at times. So, look for relatively narrow food and water dishes if your drop-eared pooch has really long ears.

If your dog’s ears don’t smell like roses, they may be due for a cleaning! Jokes aside, rose ears get their name from the way the canal is exposed and the ear folds out and over to the side, creating similar shapes to that of the centre of a rose.

Not that the greyhound or whippet needed any help being elegant, but they’re the best examples of dogs with rose ears.

The best way of visualizing folded ears is to imagine curtains — structured at the top, and then gracefully hanging down.

Folded ears are somewhat similar to drop ears, but whereas a basset hound’s drop ears appear totally flat, the ears of a field spaniel or bloodhound extend away from the face first and then fold down.

I feel like if you were asked to draw a dog in Pictionary, you’d probably default to one with a V-shaped ear! The pinna of a V-shaped ear is flat and folds forward into a triangular shape with soft corners.

Great examples of dogs with V-shaped ears include Labrador retrievers, retriever mixes, and vizslas. V-shaped ears are pretty similar-looking to folded ears, but just note the shape at the bottom to distinguish between the two.

Named after a filbert tree, the shape of the filbert ear is said to resemble that of a leaf, but it’s actually named after the appearance of the tree’s fruit.

Exclusive to the Bedlington terrier, filbert ears are V-shaped, but then they taper off into an area of fur that almost looks like a pom pom — or the hazelnuts on a Filbert tree!

Caring for Your Dog’s Ears

No matter what shape your dog’s ears are, they will require regular ear cleaning care. Ear infections are common amongst all breeds but fear not — they are often easy to prevent!

Here’s a few ways to care for your doggo’s ears:

What About Cropped Dog Ears?

Ear cropping (also known as cosmetic otoplasty) involves removing all or part of the pinna surgically and then bracing or taping the remainder of the ear to retrain the cartilage to stand upright.

The procedure (where permitted legally) is performed on puppies at 7 to 12 weeks of age, and it is most commonly seen in breeds like the American pit bull terrier and the Doberman.

Ear cropping was first used due to the belief that it would decrease aural health problems. However, this is a myth that has since been widely debunked and has no clinical evidence to support it.

This means that ear-cropping is a purely cosmetic procedure, which is currently falling out of favor among most owners, vets, and some breed registries.

In fact, while recognized by the AKC as a traditional practice among certain breeds, ear cropping is a controversial procedure and many veterinarians will refuse to perform it.

In many parts of the world ear cropping is illegal as it causes a lot of postoperative pain and trauma in puppies for no medical benefit whatsoever.

Saved your questions ‘til the end? We’ve got your covered!

What are the best types of dog ears?

Which breed has the biggest ears?

Clue: they’ve got “hound” in their name! Bloodhounds, coonhounds, and basset hounds all have characteristically big ears. In fact, these long-and-low, flappy ears help stir up scent molecules, which will then find their way into the nostrils of these smell-tastic doggos.

What’s the difference between button ears and rose ears?

Both button ears and rose ears are upright at the base, but in button ears, the pinna covers the entrance to the ear canal by folding forwards, whereas rose ears’ pinnae (the plural of pinna) fold out to the side, leaving the canal semi-exposed.

Does ear cropping cause problems for dogs?

The surgery itself comes with the risk of complications, as your dog will be placed under anesthesia. Additionally, infection and blood loss may also occur and complicate your canine’s recovery. Post surgery, your dog would also be in a lot of pain, and, over the long term, the scar tissue can take a long time to heal.

We hope you have enjoyed learning about dog ear types as much as we’ve enjoyed explaining the details about them! Are you particularly fond of a certain ear type? Let us know in the comments! 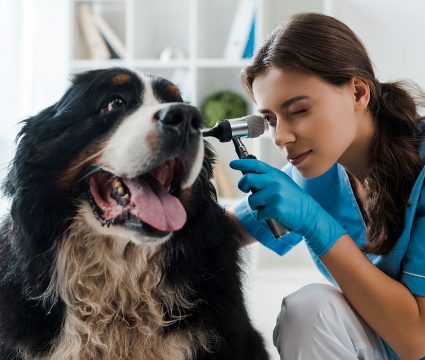 Dog Ear Mites: What They Are and What To Expect 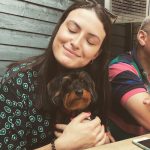 Charlie is passionate about animal welfare and has worked in multiple rescue shelters across Europe. She currently lives in the UK and is working towards her Veterinary Nursing qualification, so she can continue her travels and help animals across the world!