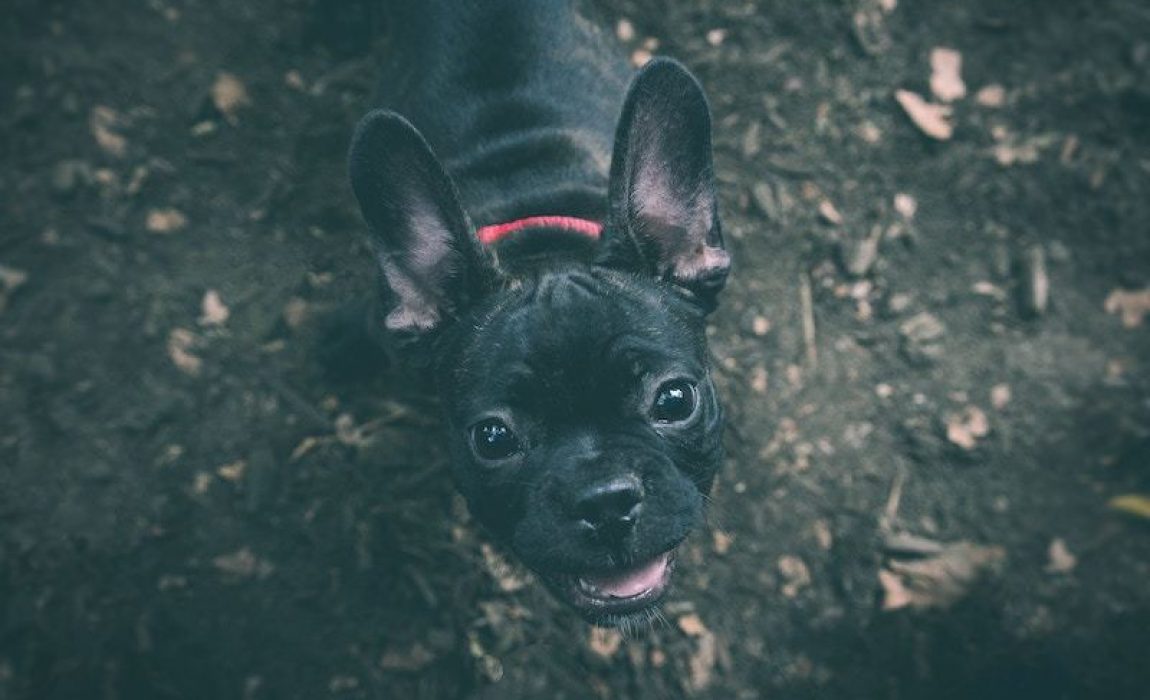 Frenchies have been bred with other pups over the years, and the result is some even cuter pooches!

Check out the frenchie mixes below, and let us know what you think in the comments!

The French Bulldog and Pug mix always seems to have a goofy expression on its face. Just one of the many perks of these silly pups!

The French Bulldog and Pitbull mix makes for a powerful pup! This pooch is all muscle, though one if his strongest muscles is its heart! These pooches are big suckers for pets and kisses.

Frenchtons are sassy, sweet, and snuggly. Just about everything you could ask for in a dog. Boston terrier mixes are already silly, goofy guys, so combining them with a Frenchie will likely result in one wacky, endlessly-amusing canine pal!

The French Bulldog and Chihuahua mix is a sweet pup with a mind of its own. These little pups sport comically large ears that compliment their tiny bodies quite comically.

Frengles are ridiculously cute pups, and they are generally quite playful and outgoing. Every pup loves some nice ear scratches though, so don’t be shy–these dogs are big attention hogs.

Looking for the perfect mix of charming and playful? The French Boodle might be the dog for you. Even the name screams “lets have fun!”

How can you look at this picture and not be drawn in by those adoring puppy eyes and the perfectly floppy ears? I bet this sweet pooch is super soft, too.

These beauties are soft, squishy, and fuzzy, all at once! Their puppy eyes are so hard to say no to.

These pups have the energy of the Boston Terrier and the body of a Frenchie. They can come in lots of colors and patterns. This one’s blue eyes are quite striking!

The French Chow dog has puffy fur, a bit like a shiba inu, and with similar coloring. These pups love exercise and a fun time! Just be aware that Chow Chow mixes have the potential to be more aloof, so if you’re looking for a cuddle bug, make sure your French Chow takes a bit more after her Frenchie parent than her Chow Chow.

The French Bulldog and German Shepherd mix has the fiery attitude of the Shepherd, but its body is a mix between the two breeds. These dogs are fiercely loyal and also incredibly playful.

What a perfect mix of playful and sweet! These pups are like an upgrade of either breed; being part bulldog and part lab is definitely an advantage in terms of energy!

French Bulldog and Corgi mixes have the sassy attitude of a corgi and are also very loyal. They have short hair, and are less wiry than corgis.

Did we miss any of your favorite French Bulldog mixed breeds? Please let us know in the comments!

Want more cute canine crosses? Check out our articles on: 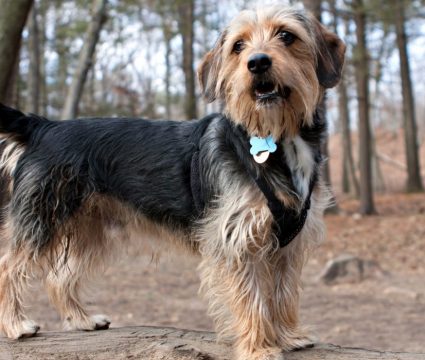 K9 of Mine Staff

We have a Frenchie Staff (Fraffy or Stenchie). She’s the most affectionate dog we’ve ever had. She’s 100% a people dog. Sadly not always a dogs dog though. She’s boisterous and stubborn, but got a great character and a lot of fun. A real little comedian full of love!

She sounds great, Vicky! Thanks for sharing.
🙂

Our French Bulldog (who we greatly miss) and our Morkie (who is still with us) had a baby, far as I can tell it’s the only French BullMorkie on the planet. Never have seen any pics or videos of another one anywhere on the web or on YouTube.

Hey, Keith.
A French BullMorkie certainly sounds unique to us!
Thanks for sharing.
🙂

I have a 6 yr old French/Corgi and looks nothing like the one pictured. Mine took the dominant side of the French. Has the extended snout and corgi build but everything else is Frenchy. The attitude and sass I couldnt say which side that develops from. Her Loyalty is surpasses any other dog I’ve ever had in my family. Smart, very playful and funny. I also have an English bulldog and he’s just as lazy as can be. Not in to playing at all but loves the water.

They sound great, JBo! Thanks for sharing. 🙂

French bulldog and a shar pei

I thought that the Frug and #9 french bulldog and Boston were so cute. How could you not love a face like that?

They certainly are adorable, Jeanne!

Well I never thought it could happen , but my daughter’s Bernese Mountain Dog 130lbs got my French Bulldog 22lbs . We thought our male French Bulldog had gotten he without our knowledge , but the puppies came out with tails and longer snouts. It was an accident and we were just trying to wait until Dodge was a year old , needless to say he is getting fixed this week. It will be interesting to see how these puppies turn out.

a boxer and a french bull dog