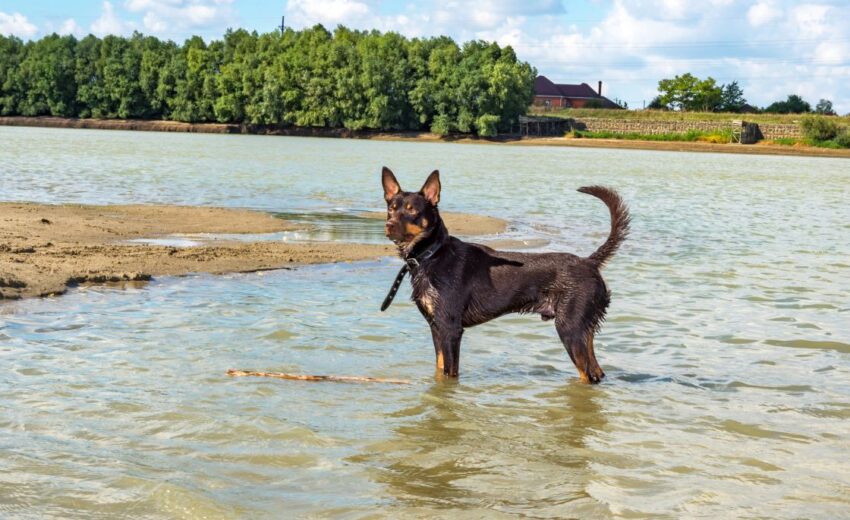 Do you have a dog with roots Down Under? Then consider Australian-inspired names for your pooch!

From the Outback to the Sydney Opera House, the continent and country have a unique landscape and story that serve as the perfect inspiration for naming your dog. In fact, Australia has gifted the world with a few different dog breeds, including the one-of-a-kind Australian cattle dog!

But no matter where your dog’s breed hails from, Australia-inspired dog names can be great for four-footers. Check out some of our favorites below!

Are you searching for the perfect Aussie inspired name for your pooch? Checkout these female Australian dog names!

Is your best buddy from the Land Down Under? Consider one of these male Australian dog names for him!

From famous Aussies to animals, Australia is home to a host of characters that could be the perfect namesake for your pooch!

Australian cuisine has many outside influences—these iconic foods might just make the perfect nickname for your canine!

From Sydney to the Outback, Australia is filled to the brim with beautiful and unique locations that might be the perfect inspiration for your new canine’s name!

While Australians speak English, they have quite a few shortened or altered versions of words that might sound unique to the American ear — maybe one will be the perfect title for your pooch!

In fact, Aussies are big fans of nicknames. From “John-o” to “Dog-o,” adding an “o” to any dog name could be considered Australia-izing it!

There are hundreds of Aboriginal Australian names from across the continent — here are just a few of the beautiful words that would make great names for a pet!

Australian cattle dogs are natural born herders, known for their speed, agility, intelligence, and quick reflexes — you might consider one of these traits while picking out a name!

Does Australia Have Any Native Dog Breeds?

When thinking about Australian dog breeds, many people immediately jump to the Australian shepherd. But this handsome and high-octane hound isn’t actually from Australia!

The Australian shepherd as know it today was actually developed in the 19th century on ranches in western United States. While the bred likely has distant relatives from across the globe, there’s no direct connection to Australia, and no one really knows how this breed earned its “Aussie” nomenclature.

But while this is certainly surprising, Australia is home to two native breeds.

The most familiar is the Australian cattle dog — a breed known for striking coats and endless amounts of energy, this athletic and smart breed hails from the Australian Outback. Developed in part to help herd cattle, these dogs also go by the nickname “blue heelers,” which refers to their tendency to have blue coats and nip at the heels of cattle while working.

Australia might not be home to many native breeds, but there are plenty of Aussie-inspired dog names to honor the Land Down Under!

Are there any great Aussie dog names we forgot? Share your favorites in the comments!

Looking for other dog name ideas? See our guides on: 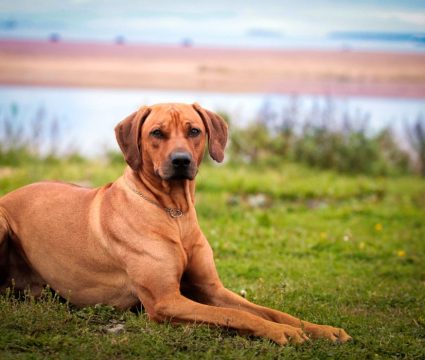 K9 of Mine Staff

Wrong Margaret the American Aussie is a contender and much better looking.

Wrong Margaret the American Aussie is a contender and much better looking.

Great site! From Washington State, USA. Recommend names to honor two little Australian Silky Terrier heroes: ‘Driver’ who survived WW1; and, ‘Fizo’ who was honored for saving a child from a dangerous snake.

The Australian Terrier is terrific small working dog, sorry Margaret. They are a fearless sentinel, ratter and even herder and will be disappointed to learn neither of you know about this wonderful breed.

Thanks for the correction Margaret – this flew under my editing radar. We made some updates based on your suggestions. Thank you!

What about the Australian Terrier?

What about the Australian Terrier?