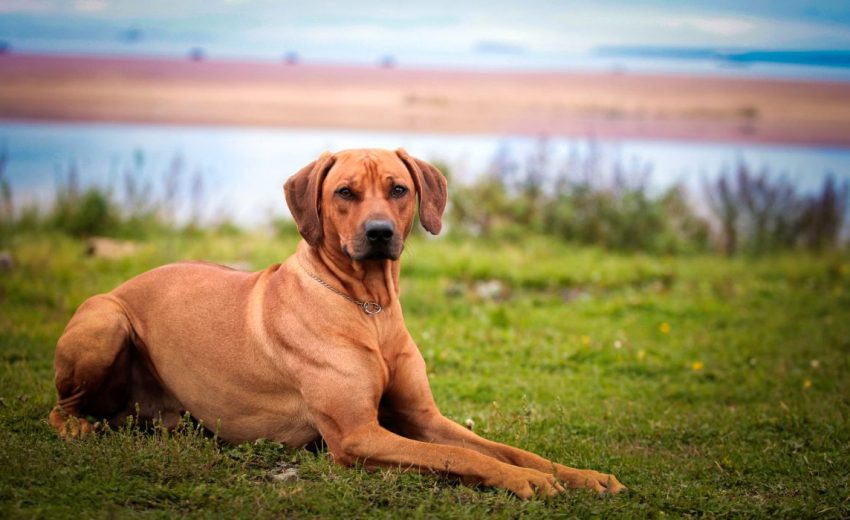 Whether you’re looking to honor your hound’s heritage as the owner of an African dog breed or seeking something with a savanna spring to it, African dog names are loaded with pup-pleasing possibilities.

From the well-known to the rare, these African dog names give your mutt a memorable moniker that’s as special as he is.

Let’s go on a namespiration journey and check out some amazing African dog names together below.

We’re using “African dog names” in a broad sense in this post, but it’s important to note that Africa is an entire continent with dozens of countries and thousands of languages spoken within its borders.

Many of the names listed below share complex origins between neighboring countries and people, but where possible, we’ve tried to point out their origin (such as Swahili, Xhosa, etc.).

African dog names have strong meanings and a rich history that help them stand apart from the pack. Check out these popular names from the African continent that you might hear at the dog park.

If your handsome four-footer needs a name as mighty and masculine as he is, look no further than these epic male monikers:

For those seeking female names with feminine flair, check out these African princesses:

Some of our favorite African dog names are gender-neutral. See which of these cool picks might suit your sniffer.

Why not name your pooch after one of Africa’s many stunning countries? One of these amazing nation names might fit your canine.

Naming your four-footer after an African city is a clever way to show your love of the land. They’re also relatively rare at the dog park, making them a unique name lover’s dream!

Turn to these names to conjure up images of the African continent’s beauty, from the grassy plains to the churning seas off of South Africa’s famous cape.

The African continent is home to dozens of awe-inspiring national parks, housing wildlife you can’t see anywhere else on earth. Check out these African dog names inspired by natural beauty.

The African continent is home to some of the world’s most beautiful living things, including many that make memorable names, like:

Whether you own a Rhodesian Ridgeback or a African street dog, these big-screen African names could work great for any dog:

If you love Disney movies like The Lion King, make sure to check out our article on the best Disney dog names!

Looking for a strong African name for your tough pooch? Some potential ideas include:

Food names are common among pooches, and African cuisine offers up some adorable name options with African roots, including:

Some names have a meaning that perfectly describes your doggo, such as:

The African continent has produced an array of dog breeds, from speedy sighthounds to lumbering mastiffs. Let’s meet some of these cool canines together.

This svelte sighthound is from West Africa, where he started thousands of years ago as a hunting dog. Today, you can find him working his magic in lure coursing.

He should never be trusted off-leash, as he’ll sprint after any passing squirrel. Training him can be a challenge since he has the infamous sighthound independence. His shining feature (in addition to his athleticism) is his affectionate nature.

This “barkless” breed is from Central Africa, where he got his start as a hunting dog. The basenji is among the most ancient dog breeds, though he remains one of the most primitive.

He’s relatively small at 24 pounds, but he can get into insane mischief if bored, making messes that would leave a much-larger husky impressed. He’s hardly barkless, either, eliciting sounds from yips to screams to yodeling.

That said, he’s a fabulous contender for canine sports, with lure coursing offering the perfect outlet for his high energy. He’s also famously catlike, keeping himself clean and disliking water.

Meaning “farm dog” in Dutch, the mighty boerboel hails from South Africa, where he still serves as a trusted farmhand. He was bred to protect the homestead, where his size and deep, rumbling bark are usually enough to keep trespassers away. He can clock in at 200 pounds, though he isn’t as tall as you’d think, coming in at 27 inches at the shoulder.

Boerboels are gentle giants with those they trust, but the breed requires extensive socialization and early obedience to ensure he’s well-adjusted before he’s too large to handle.

Known as “the Royal Dog of Madagascar,” this cute and cuddly canine comes from the island nation located off the coast of East Africa. He was bred as a companion, and he remains a treasured lapdog worldwide.

His clownish antics make him quite the entertainer, while his sweet disposition and somewhat sturdy frame make him a good choice for families with kids. However, his coat can be a dealbreaker for many, as the long, lush mane requires near-daily brushing to prevent tangles. A sanitary trim is also recommended to prevent any backdoor messes.

North Africa produced this noble gentleman thousands of years ago. Beloved for his affectionate ways, he makes an excellent dog for families with kids. He’s fabulous with other dogs, too but isn’t recommended if you have small dogs and cats.

Daily exercise is vital for his well-being, with long walks or off-leash runs in enclosed spaces recommended.

The ridgeback’s roots began in South Africa as a hunting dog. Named for the distinct ridge of hair along his back, the ridgeback soon transitioned to being an all-around farm dog, fulfilling odds and ends tasks for his family. Today, his large, athletic frame makes him a favorite among hikers, as he has impressive stamina on the trail.

Daily exercise is a must for him, as is early and ongoing obedience training to put his mind to work. Socialization is also essential in curbing his tendency toward being aloof with strangers.

The saluki first appeared in Egypt as a hunting dog and companion thousands of years ago, and it doesn’t get much more sleek and sophisticated than this sighthound.

With feathered ears and a flowing gait, he’s the dog world’s runway model, gliding across dog shows with perfect poise… until he sees a rabbit. For this reason, you should never trust your saluki off-leash. Like other sighthounds, training him can be difficult. He’s astoundingly independent, preferring his way over yours any day of the week.

The sloughi is a sighthound from North Africa with a gentle spirit. Like several other sighthounds, his breed dates back thousands of years. He’s retained his independent nature, but he’s on the sensitive side, so always use positive training methods.

The sloughi is calm around the house, though daily exercise is required to help him live his fullest life. Frequent runs in an enclosed yard is best, though he’d enjoy a leashed jog by your side too.

Still not sold on a particular African dog name? Have more questions about a specific African name for your dog? We’ve tried to answer a few common questions below!

What is a good name for an African wild dog?

Have an African wild dog? How’d you get him?! Does he make a good pet?

Africa is well-known for its considerable wild dog population, with some becoming beloved village dogs who are cared for by the community or adopted out. Also consider using the region or town area where an African wild dog is from for a name idea.

What are African dog names?

There are tons of great African dog name available! You can use a name based off of a location in Africa (like “Kruger”) or a Swahili word, (such as “Ayo” which means “joy”).

What are some Swahili names for dogs?

There are many great Swahili names that would serve as great dog names. Some of our favorite include Safia (meaning “pure”), Tambo (meaning “vigorous”), Zuri (meaning “beautiful”), and Jamba (meaning “hero”).

“Askari” is a Swahili word for “warrior” that would make a great dog name for a strong canine.

Does your pooch have an African name? Share it with us in the comments! 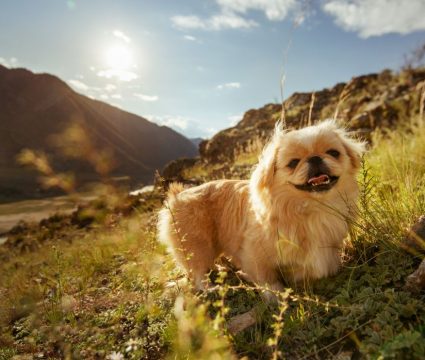