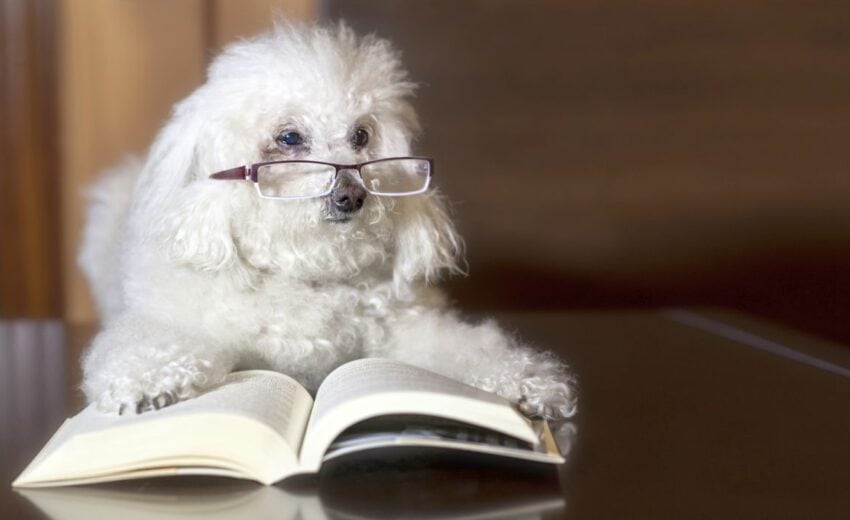 Calling all Comic-Con attendees, STEM studiers, and gamers! Your dog definitely needs a name that reflects the things that you know and love!

Whether you know every character’s life story from Lord of the Rings, you’re an expert in chemistry, or you own an extensive collection of comic books, you probably have been dubbed a “nerd” before.

Embrace that epithet and give your pooch a title that allows you to geek out together! Below, we’ll share some of the best nerdy dog names.

Looking to name your pooch after a famous television or big screen nerd? Check out these pet names inspired by geeky characters below.

Looking for a bookish name for your buddy? These science-y dog names featuring names inspired by the periodic table below are just the thing! If you like these, make sure to check out our chemistry dog names.

Did you know there’s a difference between nerds, geeks, and dorks? Technically speaking, nerds are people who are passionate about learning or academia. On the other hand, geeks are passionate about one particular subject and a dork challenges traditional social expectations. We’ll make sure we cover all the bases here for all of you brainiac pet parents!

Some of the best pet names are inspired by the brightest minds. Here are some truly admirable nerdy names to inspire the perfect namesake for your fur ball, be sure to check out our complete list of scientist dog names!

These mathematically-inspired dog names are all different, but really they all equate to one result – love for your pooch!

These Marvel characters are fan-favorites, and they’ll serve as great dog names for any diehard X-Men, Avengers, or Guardians of the Galaxy fan! Here are some comic book names inspired by the Marvel universe.

Watch out Batman – a new animal is in town. These DC Comic dog names are great for owners who have always looked up to these crime-fighting heroes in the paper pages.

A list of nerdy pet names wouldn’t be complete without some of our favorite Star Trek dog names.

Our top picks for the best dog names based on a beloved character from a galaxy far, far away. Check out these nerdy names for your furry friend!

This science-fiction fan favorite can make excellent inspiration for your mutt’s moniker! Check out these names inspired by characters in Battlestar Galactica.

Do you have a smart sweetheart at home? Consider these names for dogs inspired by topical tech and programming terms!

Who doesn’t love Doctor Who? Check out some of these geeky dog names inspired by the hit television series.

If your fur ball is larger than life, consider naming him after one of the characters in your favorite video game series! Here are just a few video game character names for dogs to get you started:

Lord of the Rings and The Hobbit Dog Names

If you have an adventurous furry friend, it makes sense to find a namesake from the beloved Lord of the Rings series!

There are plenty of other nerdy names out there! Here are some other nerdy dog names that don’t quite fit into one category over another:

Are you still struggling to find the perfect name for your brainiac best buddy? Check out these commonly asked questions and answers surrounding nerdy dog names:

What are some clever dog names?

If you have a clever canine, you could use a nerdy dog name like “Ion” or opt to name your pooch after a smart scientist like “Newton.”

What are some nerdy female dog names?

You can easily name your female furry friend with a nerdy name. Consider naming your pooch something like “Buffy” or “Argon.”

What are dorky names?

You can find plenty of dorky names for your dog. To name a few, you could name your dog something like “Siri”, “Byte”, or “Gizmo!”

What are some nerdy boy dog names?

There are plenty of nerdy dog names for your male mutt! Consider naming your fur ball after a favorite comic character like “Batman” or opting for something more general like “Data.”

As you can see, there are plenty of nerdy dog names to choose from! Enjoying picking out the perfectly nerdy name for your fur ball.

What nerdy dog names did we forget? Share your top picks in the comments! 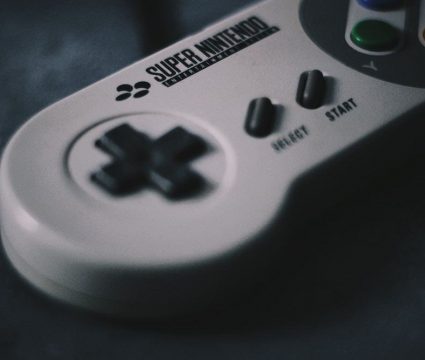