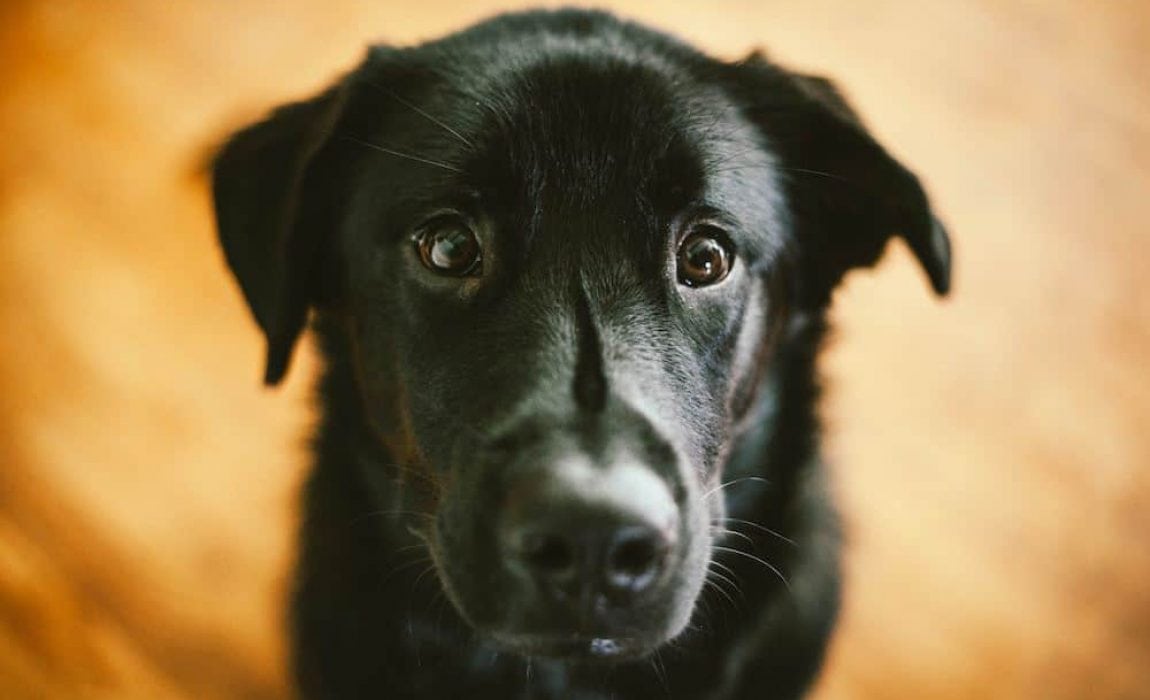 There’s nothing more sporty, sleek, or chic than a jet-black pooch. From the athletic and beloved black Lab to the dainty and spunky Scottish terrier, black dogs come in all shapes and sizes but are bound by their beautiful dark coats.

Whether you’ve got a Batman, a Coffee Bean, or a Coco, your pitch-black pooch deserves a name to live up to his appearance! Let’s check out some breeds with black coats and some top-notch name contenders.

Many breeds have black coats, ranging from full-body coverage to spots, speckles, and swirls. Here are some doggos who commonly rock black fur.

Labs come in three hues: black, yellow, and chocolate. The breed is known for being athletic and toy-obsessed. He makes an excellent family dog and is one of the most popular dog breeds due to his sweet nature and versatility, as he easily transitions from the house to a hiking trail or duck boat. Your Lab can become a handful if not trained early and consistently, however. Keep treats close, but don’t overfeed him, as he’s prone to weight gain.

The phrase “gentle giant” perfectly describes the handsome and sizeable Newfoundland. His lush coat can be overwhelming along with his drool, but the reward for all of your hard work is a massive lovebug with unrivaled loyalty. He truly has a heart of gold. Commonly called the Newf, he’s a great choice for family life. His coat can be black, brown, gray, or Landseer (black and white.)

The vivacious Scottish Terrier is one of the most recognizable members of the Terrier group. Famous for his saucy temperament, he’s not one to take anyone’s fluff, so he’s not the most patient pup for life with kids, but he’s a rockstar when it comes to companionship. His coarse coat needs professional grooming every few weeks to keep its neat appearance, including his trademark beard and brows. He comes in six shades, including black and wheaten.

As a military mutt, this working woof is treasured for his strength and bravery, but he isn’t for everyone’s lifestyle. His coat needs frequent brushing and trimming to avoid matting and as a large, powerful breed, daily exercise and ongoing training are essential for his well-being. He’s an all-star at doggy sports like Schutzhund and obedience. Despite his name, his coat might be any of five colors, including black and salt and pepper.

Also known as a “monkey dog,” this tiny tot packs a punch of personality in a small package. He’s a confident canine with a clownish side, though he got his start with the serious job of clearing vermin Germany. Today, he’s a prized companion with more pep in his step than most toy breeds. He is still delicate, however, so families with small kiddos should look elsewhere. Black is one of the five colors his coat can be.

This pup’s flowing coat comes in black or liver coloring and needs weekly brushing to keep it looking its best. He’s a happy-go-lucky pup who thrives in family settings, as he’s a lover through and through. He’s also great with other dogs and playful, making him a good match for many households. His exercise needs can be too much for some people, so couch potatoes might want to seek another breed.

Believe it or not, this mega-sized floof belongs to the herding group. Potentially clocking in north of 100 pounds, he comes in six shades, including black, and his shaggy coat doesn’t require much grooming beyond weekly brushing. He’s a smart cookie and somewhat of a workaholic, requiring daily physical and exercise to prevent mischief.

Some monikers feature “black” right in them, making them popular names for black dogs. Check out these picks bearing the inky shade within them.

Dog Names That Mean “Black” or Have a Dark Meaning

Are you all about hidden meanings for your mutt’s moniker? Check out these names for black dogs with meanings related to the color.

Does your female four-footer need a name that suits her dark features? Browse these girl dog names that are right at home on a black dog.

Black dog names for boy pups come in all styles, from formal finds to playful picks. Check out these great name options for black male dogs.

Black Dog Names from Other Languages

Is your woof a wild one on the inside? Browse these animal-themed black dog names for a moniker match.

Prefer a tasty moniker for your mutt? Explore these black dog names related to food.

Looking for a dark-themed name that isn’t super common or obvious? Check out these black dog names with a rare twist.

Are there black dog names you love that we didn’t mention? Share your own ideas in the comments!

If you’re looking for more dog names, be sure to also check out our articles on: 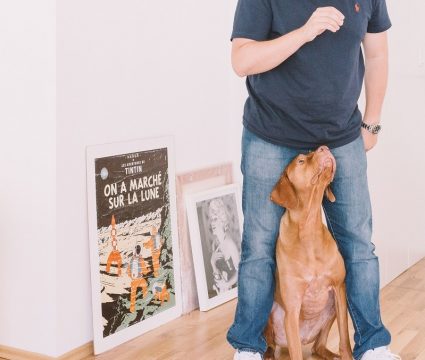 My previous service animal was mostly jet black except for her chest which was a large white diamond.
Layla in Arabic means Dark Beauty and she was dark & beautiful!! Extremely intelligent as she was a Border Collie/Jack Russell mix.