Are you a Star Wars superfan? Did you buy pre-sale tickets for The Force Awakens before your friends even knew it existed? A true Star Wars fan deserves a suitable name to match their Force-fuelled pooch.

Check out these Star Wars dog names below – we’ve covered all the best names we could think of from all the films, as well as a few extra from the expanded universe. May the Force be with you!

From The Original Star Wars Series A New Hope, The Empire Strikes Back, and Return of the Jedi

Dog Names From the Star Wars Prequels (Episode I, II, and III)

Dog Names From the Star Wars Film, Rogue One

From Star Wars The Force Awakens

Other Star Wars Characters That Would Serve as Good Dog Names

Did we miss any awesome dog names from the Star Wars universe? Share them in the comments!

Looking for more dog name ideas? See our posts on: 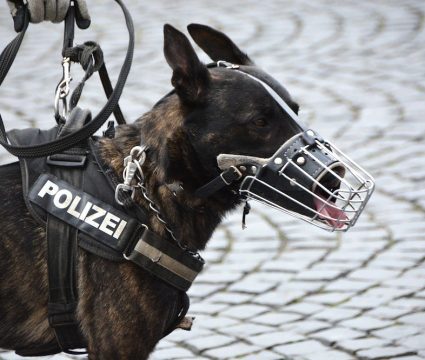 What about 3PO? That’s what everyone calls C3PO. I think 3PO would be a great name.

Lol…I love it, LoveThePrequels.
Not sure about that user name though…
😉

My dog’s names are Rouge and Trooper.

Rex would be a good name