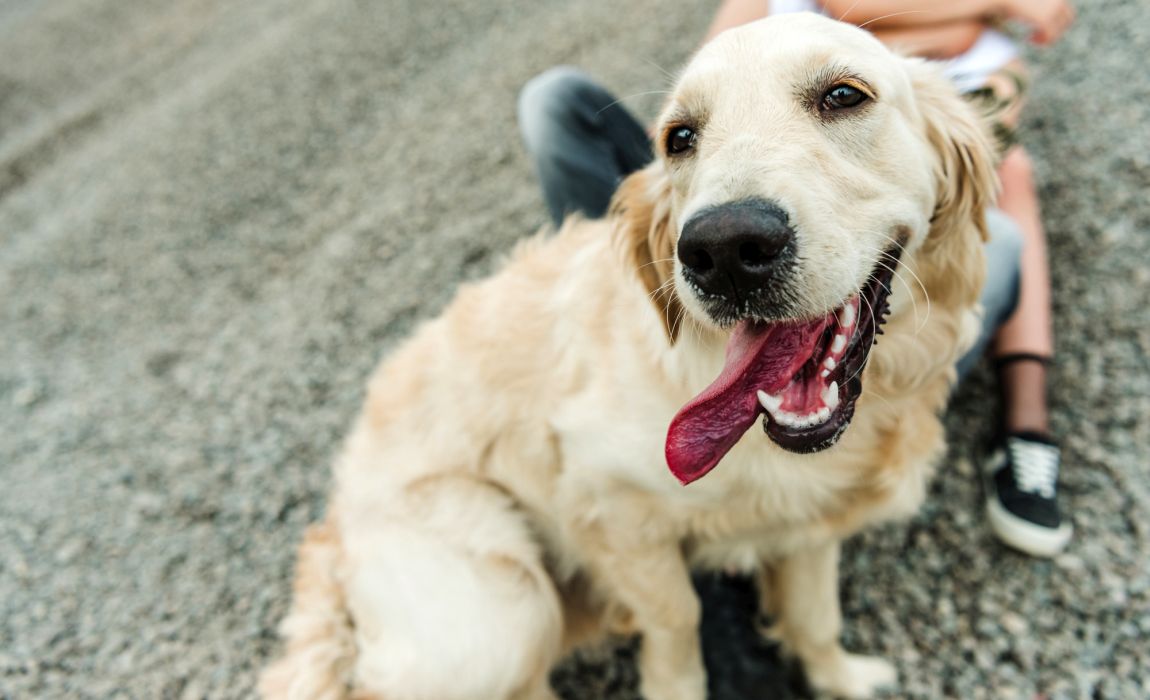 Golden retrievers are fantastic dogs, who are beloved for their loyalty and friendly demeanor.

They not only make good pets, but they’re also natural service providers, who’re often tasked with things like guiding the blind and offering emotional support to those who need it. They’re also incredibly intelligent puppers, with gigantic hearts. .

In fact, golden retrievers have become so popular that people have combined them with various other breeds, aiming for “hypoallergenic” helpers and great family dogs alike.

Read on to discover 19 of the cutest golden retriever mixes below!

These guys do need plenty of exercise, however, meaning that they’re best suited for pawrents who don’t mind providing lots of walks and plenty of playtime.

A walking teddy bear, the Goldendoodle is a curly-haired cutie that’s too adorable for words.

This playful pup comes in a variety of coat types from tight curls to long, loose waves, so make sure you have a groomer on speed dial!

Good Gollie! What a cutie!

The Gollie is a sweet soul with long, luscious locks and a gentle spirit. His golden roots make for fierce games of fetch, while his collie mix side promises a strong herding instinct and plenty of stamina.

Two long-haired lovelies mixed together equals one adorable doggo! Playful and energetic, the Golden Cocker is the perfect companion for those who love to explore.

Just note that his coat will require regular grooming. That said, a shorter ‘do can keep the tangles at bay between brushing.

A handsome pup that’s always ready for his close up, the Golden Setter is a regal mix with hunting origins. When he’s not flushing feathered friends from the brush, you can find this fancy four-footer playing fetch or cuddling with his family.

His coat sure does look nice, but owners need to brush it regularly to prevent matting.

A high-energy cutie with thick, luxurious fur, the Goberian (Golden Retriever and Husky mix) is a go-to buddy for winter weather fun. He’s a hiker’s dream dog, ready to take on every trail with gusto.

Just note that, since he is chock full of energy, he does need an owner that can regularly keep him busy with walks and play.

An intelligent pup who has plenty of cute to go around, the Golden Shepherd is a hard worker with a big heart.

He easily learns tricks and commands, which means he may become an obedience competition master, given proper (and ongoing) training.

A distinguished doggo with fur for days, the Golden Chow is a large pup, who’s as fun as he is furry. He’s an excellent watchdog who is sure to protect the home from squirrels and mailmen.

His coat does need regular brushing, and owners must provide early socialization with people and other doggos to prevent him from becoming a golden grouch.

A jumbo floof with dense fur and a happy-go-lucky temperament, the Golden Saint fits its name to a T. He’s a mixed Saint Bernard sweetheart whose gentle spirit makes him an excellent family dog.

His luxurious coat does need regular brushing to maintain its beauty, and prospective paw-parents should prepare themselves for a bit of drool.

With a name like the Golden Mountain Dog, it’s no wonder these big, furry floofs are the king of the trail! This mix is a family-friendly doggo with a powerful build, and glorious coat.

He’s also an easy-going pupper, who’s equally happy hiking with his pup parents or relaxing on the couch with the kids.

A hardcore herder and a retriever in one guarantees a pupper with enough energy to go around!

The Golden Aussie is a playful pup who needs a positive outlet to avoid becoming destructive, making him an excellent jogging buddy or agility competition regular.

The Golden Pit is a powerful pup with a heart as golden as his fur.

His high energy and playful side make him an excellent family dog. In fact, joggers and hikers will find him to be an especially excellent companion, as this pittie mix is more than happy to put in miles by your side.

Whether he inherits a silky golden coat or wrinkles galore (or both), the Golden Pei is a one-of-a-kind mix that turns heads. A goofball with guard dog instincts, he’s a great companion that’ll keep you laughing.

Early socialization is key with them to ensure a happy, well-rounded doggo. So, make sure your Golden Pei meets plenty of people and pets while he’s young.

Like many Akita mixes, he does need extra socialization from an early age to ensure a confident canine companion.

The Golden Newfie is a gentle giant who might look intimidating but promises nothing but lovin’ (and maybe a little drool.) His thick coat is great for winter, though frequent brushing is needed to keep it looking fresh.

Lovable and goofy, the Golden Boxer is a great choice for those who lead an active lifestyle. He’s a high-octane doggo who’s always on the move, so daily walks are a must to keep him happy.

And as you may expect, given the breeds in this pup’s family tree, he has a super-sweet personality that makes him an excellent dog for kiddos.

A short-legged cutie with long, beautiful locks, the Golden Doxie has the sweet side of a golden with the tenacity of a dachshund mix. He’s a natural clown who’s always down for cuddles, which equals an ideal family fur friend.

He may be a little strong-willed, but regular training sessions help maintain a happy and engaged doggy friend.

This adorable pup is similar in appearance to the Goldendoodle with his coarse coat, but he has the feisty flair of a terrier that can make training a little tricky.

But while he may be headstrong at times, his heart of gold sure makes up for it!

A guardian you can’t help but love, the Golden Pyrenees is a large dog with a thick, winterproof coat that needs heavy-duty brushing. This Great Pyrenees mix is a sweet-natured pup that’s right at home in the living room or the yard protecting his flock.

Wow! Now those are some cute critters! And these are just a few of the many great golden retriever mixes!

Do you have one of these adorable doggos or another golden cross at home? Let us know in the comments! 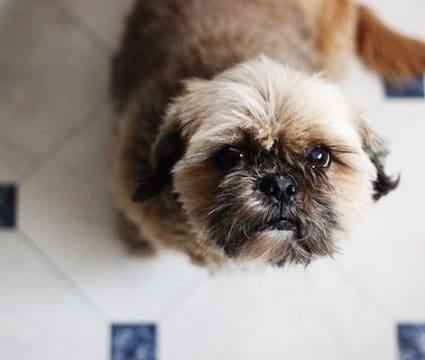 Well that was a waste of time posting a comment! Here goes another one into the ether

What’s up with the people imposing their political, financial, and ideological agenda in the comments? Geez, people! Get a grip!!!
Did Lord Sir ruling class privileged and pampered ruling class English Royalty from birth on his vast swaths of English countryside and generously staffed manison feeding him with a silver spoon and caring for the endless litters of mutts he purposefully bred and discarded until he achieved the success of creating his personally crafted designer dog.
He intentionally bred mutts and more mutts= Golden Retriever!
These Aholes aren’t dog lovers or animal lovers for that matter. Their only concern is the bottomline profits from selling the litters of purposely bred puppies.
Just like Al Gore peddling Global Warming to get filthy rich from investing in Enron selling carbon credits.

could you show pictures of all the dogs

Ruh-roh, Shaggy!
Something’s happened to all the photos!
Sorry about that, Nia. I’ll get those fixed ASAP.
Thanks for pointing out the problem.

This is SO WRONG. Making more dogs when there are so many in shelters and being killed because of lack of room or funds. And you believe it’s ok to make more mixed breeds because they are “cute”? You realize that there are dogs and PUPPIES being put to sleep, right now, for no reason other than there is no place You are advocating making MORE dogs???